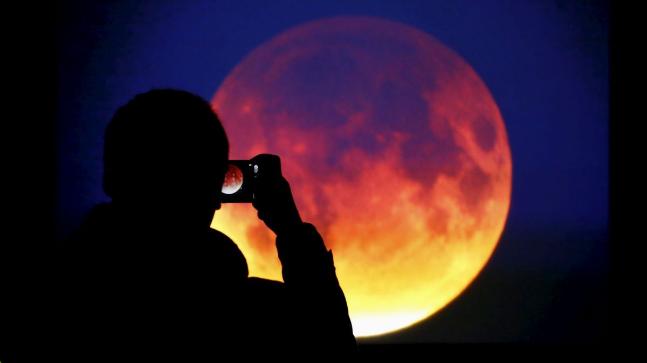 The most awaited otherworldly event of the century is about to take place this month that will be visible from different parts of the world. This event has been given a special name ‘bloody moon’ as moon that day would be visible in reddish hue. As mentioned earlier, this event will be seen clearly from India for which many stargazers and astrologers will be visiting the country from various parts of the world to see the spectacular sight due on 27th of July, 2018.
There will be two parts in the entire event, one is lunar eclipse lasting for about 1 hour and 43 minutes followed by another partial eclipse that will lasts for little more than an hour. This was reported by Director of Research and Academic of MP Birla Institute of Fundamental Research, Kolkata, Debiprosad Duari. 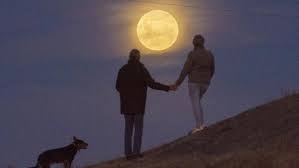 At present, Indians are feeling lucky as both the ellipses, partial and complete will be visible from all parts of India. Along with India, large parts of Africa, Central and Middle East Asia and South America can see this phenomenon.
Nevertheless, people are being advised not to see this event from naked eyes. According to Mr Duari, “Special filters are required to protect our eyes like those used for watching solar eclipses. One does not need a telescope to watch the eclipse, though a good pair of binoculars will enhance the experience,”. 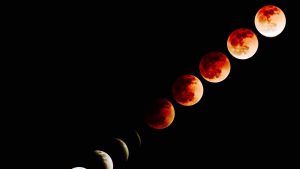 Partial eclipse will start at 11:54 pm IST on 27th July and complete eclipse will begin from 1 am on 28th of July. According to scientists the moon would be the darkest at 1:52 am on 28th and will continue till 2:43 am that day. After that, partial eclipse will take place and end at 3:49 am on that date.
During that night, moon will pass through the central region of earth’s shadow and thus celestial enthusiasts are awaiting to envisage this golden opportunity.
During the lunar eclipse, Moon’s disk is expected to change dramatically from orange to bloody red and even chances are that it may change to brown or dark grey, depending upon the Earth’s shadow it will pass through. Therefore, this event is named as Blood Moon.
The next lunar eclipse is expected in 21st January, 2019 that will last for 1 hour and 2 minutes.

Top 5 Destination Of Nepal, Where You Feel Like Heaven

Scalp relaxing techniques you must try