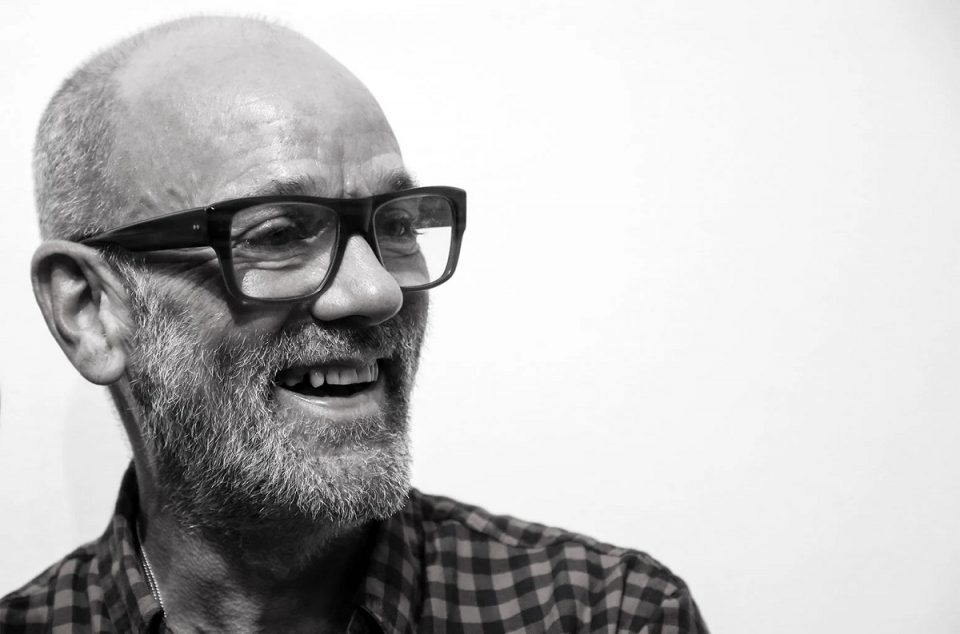 Lead singer and lyricist of the alternative rock band REM, Michael Stipe, is known for his poetic lyrics, commanding stage presence, and passionate personal beliefs. While the fashion icon tag is unlikely to sit comfortably with the star, his aesthetic credentials are rock solid – and highly influential.

As well as being instrumental in creating the instantly recognizable REM sound, Stipe was also responsible for the group’s visual aspect, having a key involvement in the selection of album artwork, and even directing many of the band’s music videos.

The lead man has long since become a fashion icon in his own right, and his style remains influential today. Here, we take a look at Stipe’s trademark aesthetic and think about ways to recreate his vibe.

Think of Michael Stipe, and it’s likely that his distinctive choice of spectacles will come to mind. The frontman favors full, black-framed, retro glasses, which perfectly set off his eclectic, often vintage-feel styling, and reflect the kind of arts-and-craft aesthetic that his ensembles often embody.

While his spectacles may be the cornerstone of his style, they’re also the easiest part of his look to recreate. Have a look at glasses online to find a pair just like Stipe’s at a much more affordable price than you may expect – even frames incorporating prescription or tinted lenses can easily be found in this style.

Take care to consider your face shape and skin tone when choosing glasses, as these things can make a big impact on how well your new specs suit you. Michael Stipe’s roundish frames perfectly suit his long face, but may not suit someone with a heart-shaped or round face, for example – however, choosing frames in almost exactly the same style but with a slightly more oval shape could make a big difference.

A key part of Stipe’s aesthetic is his penchant for mixing vintage and thrift store pieces with sharp, designer, modern garments. This creates an edgy, unique look, highlighting his concern about finding styles – both musical and otherwise – that reflect a personal engagement with the world.

Stipe himself has spoken about how this combining of vintage threads with designer pieces evolved into the look he became known for throughout the 80s and 90s, combined with his trademark specs which, themselves, exuded a modern-vintage style fusion. The REM lead says that even his look today is a clear extension of this aesthetic.

The beauty of this style is that it can be easily emulated in a way that suits your personal taste. Mix some of the staples from your wardrobe, such as a pair of black tailored trousers, a white fitted shirt, or a classic pair of jeans, with some vintage pieces unearthed from thrift stores: a floaty, embellished vintage skirt, an 80s blazer, or an oversized bright sweater from the 90s can all be effectively combined. Think about accessories, too: a pair of retro thick-rimmed glasses such as those sported by Stipe will work perfectly with a wide range of outfits; alternatively, consider a pair of 70s-inspired cat-eye specs or a super modern oversized pair of gold-framed glasses.

Today, an important part of Stipe’s look is his preference for mixing textures to create a quirky, multi-layered style. Wooly caps, silk scarves, brushed-felt, and fluffy collars are all part of the singer’s repertoire. With this has come an embracing of tinted spectacle lenses – he’s recently been seen sporting a pair of his trademark heavy black-framed glasses incorporating a yellow tint, hinting at an increasingly playful aspect to his sartorial approach.

In a recent interview, Stipe spoke about this, detailing how he’s now much more confident in his approach to fashion and appreciates the opportunity to have fun with his styling. He pointed to the importance, for him, of dressing in a way that makes him feel good and be more confident and how this has changed the way he moves through each day.

To recreate this aspect of the star’s aesthetic, think outside the box when it comes to layering and textures. Consider cable knits rather than smoother textures, and think about adding some corduroy, lace, or silk to your look – this could be in the form of an accessory, such as a hat, scarf, gloves, or even a handbag. Experiment by pairing satin with denim or pleats with velour, for example. Think, too, about adding specs with tinted lenses to your ensemble – opt for yellow like Stipe, or go for blue or red, both on-the-button choices right now.

Since the disbanding of REM in 2011, Michael Stipe has been extremely active in the world of non-music-related art. He’s a keen photographer, and in 2019 the first volume of his curated photographs appeared to an eagerly waiting public. Stipe’s personal fashion aesthetic is an important part of his celebrity, and he remains an influential figure, driving trends often years before they become mainstream.

Recreating Stipe’s style is relatively easy, as it’s perfectly suited to be adapted depending on personal tastes, preferences, and quirks. In fact, the quirkier, the better. Fusing vintage and contemporary pieces, adding accessories, and having fun with textures are the key things to focus on. And, of course, don’t forget those trademark glasses to perfect the look.

What Are The 5 Most Popular Sex Toys Used on Live Cam Sites?

The Most Popular Gemstone Which Is In Fashion

Gigi Hadid: Net Worth in 2022 and Career of the Famous Fashion Model