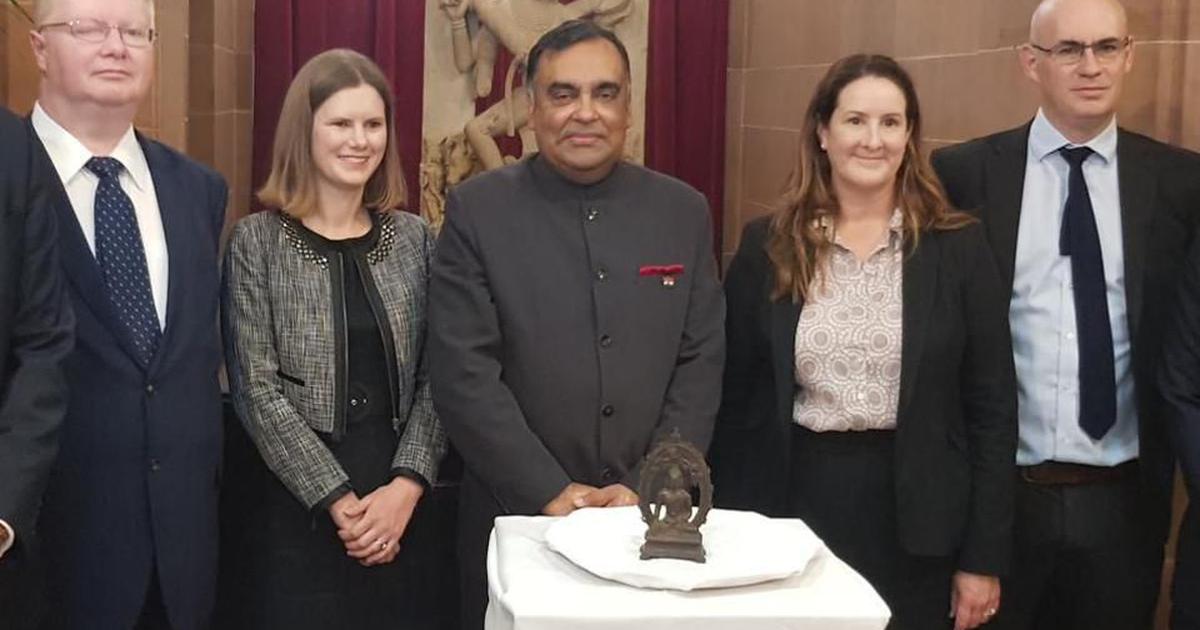 Here is a good news for India. A 12 centuries old statue of Buddha stolen 60 years before is luckily found in the UK and is being shipped back to India. This news flashed the media after the statue was discovered at a trade fair in the United Kingdom. This statue holds a great value as this bronze sculpture was one of the 14 statues ransacked from the Archeological museum in Nalanda in 1961. This precious artifact is quite important for Indian heritage.

It is believed that it has changed hands several times over the years before it finally reached to a London’s antique dealer for sale. As far as the latest status of this Buddha sculpture goes, it is under a process of transfer to India. This old artifact will soon be handed to the Indian high commissioner, YK Sinha during a ceremony today on the eve of Independence Day.
This statue was spotted at the trade fair back in March by the members of the Association for Research into Crimes Against Art (ARCA) and the India Pride Project. ARCA is an organization that works with the motto of preserving cultural heritage.
As per the latest update, Police said that the present owners of statue claim that they were unaware of its history and have happily agreed to return this valuable historical statue back to India.
The Metropolitan Police, art and antiques unit, DC Sophie Hayes said and we quite –

“We are delighted to be able to facilitate the return of this important piece of cultural heritage to India”.

This clearly depicts the level of understanding between the law enforcement units of both India and the United Kingdom. As per the update, eagle-eyed informants deserve a salute for their keen observation to find this long-lost statue with high cultural value to India.