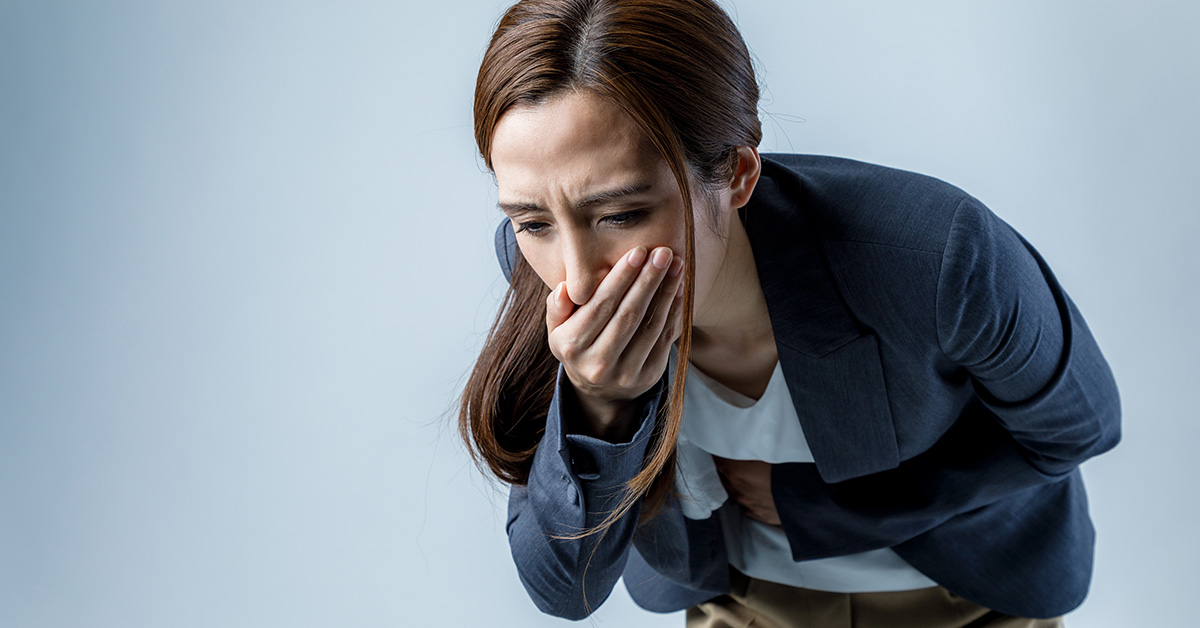 Vomiting is a function triggered by the nervous system to involuntarily and very forcefully, remove the food inside the stomach by bringing it up through the esophagus, and out through the mouth. Common synonyms associated with the term “vomiting” include: puking, barking, throwing up.

When to Make Yourself Throw Up:

1.Ingesting Poison: If you or a loved one has ingested poison, call a doctor or an emergency line at a hospital. In most cases, there is no need to induce vomiting at home. If the right technique isn’t used it can cause more harm than good. So it’s important to get medical assistance. Bringing the container of the poison, and remembering how much poison was ingested will be very helpful to treat the patient.

This is a toll-free number for National Poison Information Center, India: 1800116117.

The bottom line is if anyone has accidentally eaten or drank something they should run for the phone, not the toilet.

2. Drugs or Alcohol: Because vomiting is a reflex action that is triggered by the nervous system, the brain can pick up changes when there is too many drugs or alcohol present in the system. As a defense, the body will naturally want to get rid of the toxins. Avoid regularly doing this to your body because vomiting does put a lot of pressure on your system and can create harmful consequences such as dehydration, choking, inhalation of vomit through your lungs, etc.

3. Gag Reflex: Some people find traveling very nauseating and would try to make themselves vomit to get rid of the feeling. The same stimulus (from motion sickness or sea-sickness) affects different people differently. Some can hold it in while others can’t. Depending on your resistance it’s better to avoid vomiting, so try sitting in the front seat or taking a muscle relaxant or sleeping pill so that you can nap throughout the whole journey instead.

How To Make Yourself Throw Up:

Disclaimer: Do not try to vomit at home unless instructed by a licensed and certified doctor.

1. Think About Vomiting: An easy way to make yourself throw up is to visualize vomiting or think about the sounds associated with vomiting. You can also use the power of your imagination to create an anxious or stressful environment to make you puke.

2. Watch Someone Else Vomit: A quick way to induce vomiting is to watch a video of someone throwing up online. This will trigger a reaction to vomit.

3.De-Carbonated Soda: Pick any fizzy drink like Coca-Cola but make sure that it is shaken up to get rid of the carbon dioxide, which creates the bubbles or fizz. Now what’s left in the can or bottle is basically a sugar syrup which creates an electrolyte imbalance in the body. High sugar levels aren’t natural to the body. This sugar syrup in the Cola can be consumed in half an hour intervals to kick start the process of vomiting, especially when followed by a large glass of water, after the first or second round.

4. Mustard: Mustard water, an at-home remedy, also relies on throwing off the bodies electrolytic balance. Because the smell is very strong and pungent, the recipe calls for adding mustard paste or sauce in some water, letting it dissolve and then drinking it down in one sip. Be careful as mustard contains high levels of sodium, so don’t overdo this, as it can lead to serious health-related complications.

5.Salt Water: A classic home emetic, salt water needs to be consumed very carefully or else it can lead to death.

6. Use Your Fingers: Using your fingers to make yourself throw up is an invasive, yet effective option. You may use your fingers to touch the uvula, an area on the back of the mouth, near the tonsils. For this, your fingers need to be clean as you don’t want to introduce any bacteria to the throat, and you also need to cut your nails to avoid scratches and cuts with dirty nails. Now you may insert your index finger, reaching into your mouth, and going down as far as possible to the point where you touch or feel the gag reflex from the uvula kicking in. Stand in front of the sink or toilet because you will start to feel the puking sensation kick in pretty soon.

What To Do After Throwing Up:

The number one thing to do after throwing up is to consume water because you are going to be dehydrated. Drink it slowly.

Secondly, do not brush your teeth because there are powerful acids from your stomach that are now in your mouth. This will damage your teeth’s enamels which are now very soft compared to normal. Simply rinse your mouth once with some water and spit it out. Lastly, eat foods that are not solid like Jell-O, popsicle sticks, clear broth or simple soup and take some rest to allow your body to recover and heal.

How To Avoid Vomiting:

1. Take Medication Prior to Vomiting: Many people suffer from migraines or motion sickness while traveling. Some even vomit from being exposed to a really strong scent. Take medication well before you feel a migraine coming on, and keep a lookout for open windows or the exit if you’re sensitive to smell.

2. Herbal teas are very soothing to the digestive tract. You may try some ginger tea to avoid a vomiting sensation or nausea.

3. Cool Down: Some people have avoided nausea successfully by staying in a room with the fan on and taking deep breaths to calm down.

Here are a list of problems associated with forcefully making yourself throw up:

1. Vomiting may not be the best solution for removing poisons. When we vomit, the stomach contracts to push its content out and this causes the poison to get absorbed in our intestines. This also makes the intestines sluggish and encourages constipation and bloating.

2. Death: Puking leads to decreased amounts of potassium levels which creates weakness, abnormal heartbeats or cardiac arrest. Vomiting is known to deplete us of electrolytes so it’s very important to drink juice or coconut water to help reduce the risk of an unpredictable complication.

3. Tooth Decay: Gastric acid from the body softens the enamel of teeth and it causes tooth loss and decay. Do not brush right after vomiting and do not rinse with a mouth wash, use only plain water.

4. Major Damage to the Esophagus: Stomach acid does not belong in the esophagus, it can cause irreversible damage and increases the risk of esophageal cancer. Tearing of the esophagus is also life treating and requires surgery.

5. Sore throat: A sore throat results from exposure to strong acids from the stomach. This can also damage the voice box in the throat and make you sound hoarse when you talk.

6. Vomiting becomes a habit, involuntary: Over the years, some people who suffer from bulimia, other eating disorders, drug/alcohol addiction, etc, have loosened the very muscle, gastroesophageal sphincter,  that is supposed to prevent us from vomiting. Eventually, some have lost all control over this function and can vomit with just a burp.

How To Be Happy In The Morning