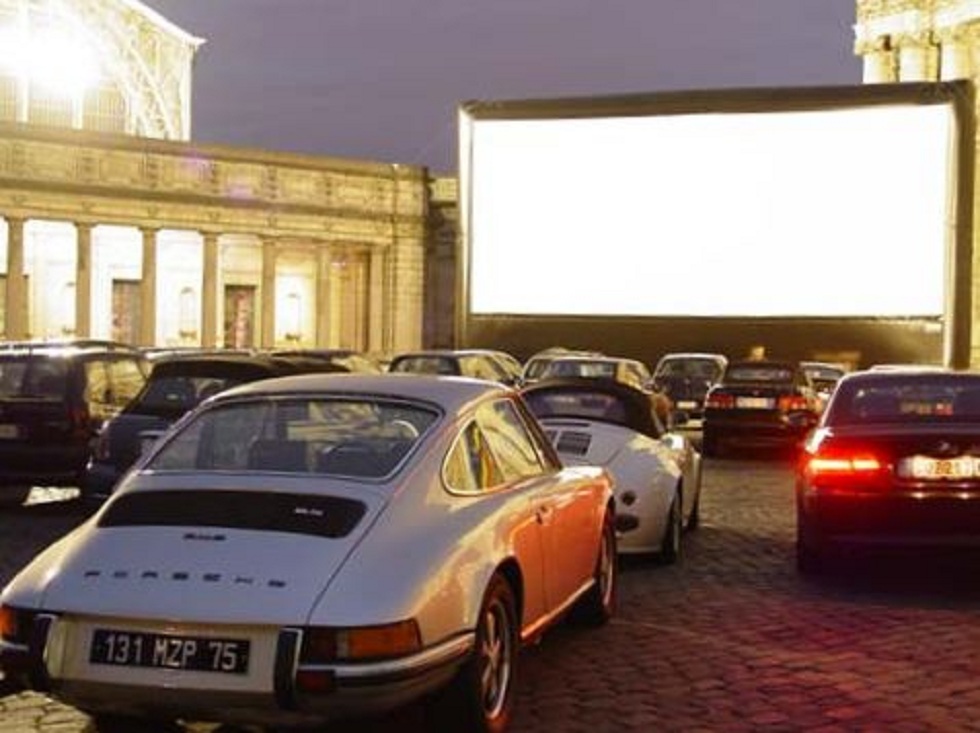 As far as classic romantic experiences go, a movie date night at a drive-in theater is hard to beat. The first full-fledged drive-in theater was opened in Comanche, Texas by Claude V. Caver in 1921. The bumper-to-bumper parked cars with patrons witnessed the silent films of that era. While outdoor movies were a popular form of summer entertainment in the 20s, drive-in theaters were still struggling with logistical difficulties. Interestingly enough, the first drive-in theater to be patented was not that far from New York. In fact, it was in Camden, New Jersey where Richard M. Hollingshead patented it in 1933. He opened his drive-in theater on Admiral Wilson Boulevard in the Pennsauken Township. The drive-in featured a 40 by 50 feet screen and 400 car parking slots. The drive-in was advertised with the slogan “The whole family is welcome, regardless of how noisy the children are“. Wife Beware by Adolphe Menjou was the first film shown in the drive-in. When you watch a movie in a drive-in theater, you don’t just watch the movie, you also re-live history. So next time, you want to catch a movie, don’t just rum to your nearest multiplex, try heading out and enjoying a unique and romantic movie-watching experience at one of these drive-in theaters near New York City.

This drive-in theater has been around since 1950. Two hours from the city centre, a trip to the Hyde Park drive-in will be like a trip back in time as well. The house of former President, Franklin D. Roosevelt stands out among other historical landmarks in the area surrounding the drive-in. Don’t just go for the movie, plan an entire weekend’s trip of the area to get the most out of it.

Owned by the people who run the Hyde Park Drive-In, the Overlook Drive-In theater is the largest in the tri-state region. The massive screen stands six-storeys high and the drive-in lot can accommodate upto 750 cars. Just about an hour and a half from Manhattan, the Overlook Drive-In’s $9 double feature option means that you can get more bang for your buck (no pun intended) as you get a much needed break from the city’s chaos for a night.

Even though drive-in theaters have become a thing of the past and are a part of the nostalgia circuit today, the Four Brothers Drive-In opened as recently as 2012. This drive-in charges $9 for a double-feature, provides a charging dock for your electric car and delivers food to your car which can be ordered over the phone. This modernized version of a classic American experience is definitely worth the two-hour drive from Manhattan.

This family owned business has been operational since 1950. At $11 for a double feature, it is slightly more expensive than the drive-in theaters discussed before, but its movie collection is huge. You can watch anything from rom-coms, chick flicks, kids movies or superhero blockbusters. A fully stacked snack bar is another major attraction of this drive-in theater located about 50 miles from the city.

An hour and 45 minute’s drive from the city, Becky’s drive-in is perhaps  the only drive-in theater with a snack bar that has a customisable meal option. Nachos, pretzels, pizzas, burgers, they are all there for you to munch as you enjoy your $9 double feature.

This historic theater is one of the oldest drive-in theaters in America. The 84 year old piece of American history is just an hour and 40 minute’s drive from the city. The double feature at Shankweiler’s Drive-In costs $9. It is quite close to Dorney Park as well. So you can head out from the city early in the day, enjoy the roller coasters at Dorney Park all day, and end the day with a wonderful drive-in movie at Shankweiler’s.

How To Make Yourself Throw Up