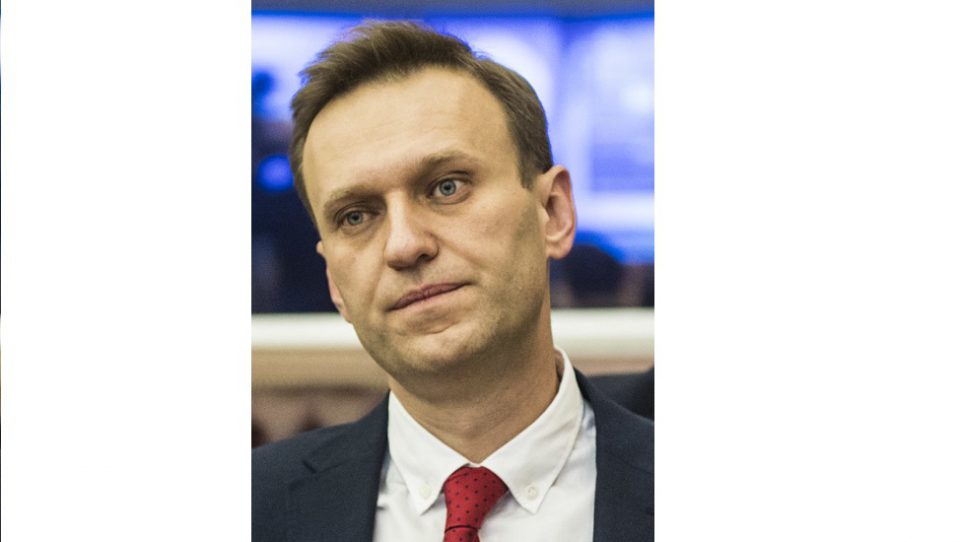 Alexei Navlany: the One Man Opposition in Russia. Is Alexei Navalny Going to Be the End of Putin Regime?

Current happenings in Russia are the biggest threat to Putin’s power in decades. Protest are going on in more than 70 Russian cities and the seriousness of protesters can be estimated by the fact these cities have temperatures below -50 degree Celsius and numbers of protesters are in thousands. These protests represent the story of courage of one single man. Alexei Navlany. A youtube video on his channel titled, “Putin’s palace. History of world’s largest bribe” has managed to garner over 94 million views. The whole video is in Russian language. The population of Russia is around 140 million and if we assume that even half the views on the video are of Russians then it means that one – third of Russian population has already watched the video. This video allegedly exposes the corruption done by Vladimir Putin during his tenure and fortunes that he has managed to assemble by that corruption.

These protests erupted when an opposition leader by the name of Alexei Navlany was arrested by the Russian authorities in Moscow. Navalny was arrested on the Moscow airport on 17th January 2021 as soon as he landed. He was returning from Berlin to Moscow. In the moments before going to jail Navalny uploaded a video of his on social media, urging his supporters to come out of their houses and protest against the dictatorial regime.

Who is this Alexei Navalny and why the Russians are following him?

Navalny was born on 4th June 1976. His father was from Ukraine so as a child Alexei also spent a part of his childhood in the infamous Chernobyl but this was before the nuclear disaster which occurred later in 1986. He did his studies in Law and Finance from different Russian Universities. Navlany entered politics in 1999 by joining a Liberal political party which went by the name Yabloko. This was also the year when Putin became the President of Russia for the first time. In 2007, Navalny was expelled from the Yabloko party due to his disagreements with the party ideology and the ways in which the party worked. Later on Navalny went on to establish his own anti – corruption foundation and he became famous in Russia after exposing some big corruption scandals in the late 2000s.  He also formed his own political party and tried to contest elections but the idea was a big flop. He alleged that Putin rigged the 2012 elections, in protest Navalny held rallies in Moscow for which he was sent to jail but got released after 15 days. He also got arrested for 25 days in 2017 and for 30 days in 2019. Throughout the decade from 2010 to 2019 he held numerous anti – Putin rallies, pro democratic rallies and rallies accusing the administration for rigging the elections. In short, the man is an anti corruption activist, a youtuber and a one man opposition against a leader like Putin and in a country like Russia. Guy got balls.

All of us already know that Russia is a democracy just for show, only for the outside world. In reality, Russia is nothing but Putin’s dictatorship. Russia’s rankings in the democratic index as well as in the press freedom index clearly show the reality of what Russia actually is on the inside.  Every time the elections are held, allegations of election fraud are made against Putin. The television channels or the newspapers have either already kneeled before Putin or are sold at the hands of Putin. In such kind of a dictatorship, the chances of an opposition leader winning the elections are far more less than him getting murdered. Many attempts at the life of Alexei Navalny have already being made by the Putin administration. Even after that this man of steel has not left a single opportunity to expose Putin.

The video that I told about in the beginning is the one in which Navalny has told the world about a Palace of Putin’s that expected to be about 1 billion dollars of in worth. According to that video the Palace is at an undisclosed location and nobody knows it’s whereabouts, also that Putin has allegedly acquired the palace by giving the largest bribe in the history of Russia.

Horrors that Alexei Navalny faced at hands of Russian administration:

Navlany got arrested for the first time in 2011 for an alleged protest and in 2012 Putin ordered the Investigation Committee of Russia to launch a criminal inquiry against him. In 2013, Alexei Navalny was accused and arrested on the charges of corruption of 500 thousand dollars in the state timber company. This was the doing of the sold out judges who happen to judge always in the favour of Putin. This 2013 criminal case against Navalny was used to prevent him from contesting further Presidential elections. Even the family members of Navalny were not spared. Alexei’s brother was jailed for 3 and a half years in a 2014 money embezzlement case. In 2020, the Russian authorities seized the bank accounts of Navalny’s wife, daughter and son. In July 2020, his anti – corruption foundation was also shut down on bogus charges.

As if this was not enough, 3 attempts on 3 different occasions have been made to assassinate Navalny. First attempt was made in 2018 when an assassin while shaking Navalny’s hand tried to attack him with a green coloured liquid poison. Another attempt attempt on his life was made on 2019 while he was in jail, Navalny got allergic to an unknown chemical substance. The third and the latest attempt was made on 20th August 2020, Nalvalny was on a flight and was sipping his cup of tea while he felt severe illness. An emergency landing of the plane was made in Germany where he was admitted to a hospital. Later the German government along with some labs of Sweden and France conducted an independent investigation on his body and found out that Navalny was indeed poisoned by a substance called Novichok. At first it was speculated that the poison was in his tea but later it was found out that the assassin had put the poison in his underwear. Dumb assassin I would say. After this incident, Navalny was in a state of coma on a ventilator for almost two weeks and the man eventually came back from a very critical state. I don’t know whether the assassin survived Putin’s rage after his underwear misadventure (actually he did survive).

It is after this 3rd assassination attempt that Alexei Navlany shook the world with his undercover investigation and uploaded the video on youtube. The video was titled, “I called my killer and he confessed.” He actually found out the guy who tried to assassinate him. He called him on the phone pretending to be a Russian intelligence agent and got out all the information from him about the planning and everything else and that too on a phone call. So now this guy is Sherlock Holmes also.

After all this, Navalny could have stayed back in Germany and would have been safe there. His video of the assassin’s confession had already gone viral, he could have stayed back in Germany and from the comfort of safety he could have stayed up with his work of exposing Putin. But as I mentioned before, this guy has got some real and big freaking balls. He eventually decided to return to his motherland Russia in January 2021 and was arrested immediately upon his arrival at the Moscow airport in front of the whole Russian media. Navalny already knew that it would happen but still he returned. He wanted the people of Russia to see and to know that if one man can go through all those horrors and still stand tall staring right in the eyes of the dictatorial regime then the people can also do it and he succeeded. Thousands of Russians are out on the streets, protesting against the arrest of their hero in freezing cold weather.

We are yet to see if this resistance becomes strong enough to overthrow the mighty Putin but we have already seen that Alexei Navalny is the man who has the guts to take it all alone and never back down.

Elon Musk Loses Round One of a Lawsuit Against a Tesla Short Seller. What Is the Whole Fiasco?