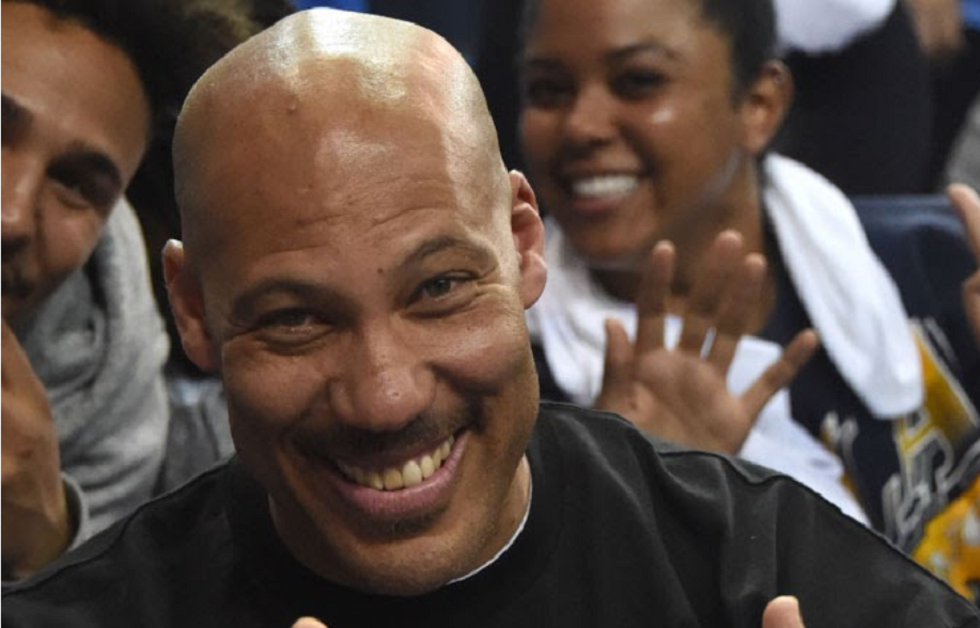 To call LaVar Ball an outspoken person will be a gross understatement. To call him a really loud person, will also be a massive understatement. The father of three basketball players Lonzo Ball (already in the NBA), LaMelo Ball and LiAngelo Ball, star of the hit reality show Ball in the Family and the CEO of the Big Baller Brand, LaVar Ball is a man who has donned many hats successfully. LaVar Ball is also one of the greatest self-promoters in the history of American television. His far-fetched claims and outlandish statements landed him a spot on many sports talk shows. He made appearances on ESPN’s First Take and Sports Nation, Fox Sports One’s Undisputed with Skip and Shannon, The Herd With Colin Cowherd, and Speak for Yourself. That is an incredible achievement for someone who hasn’t personally achieved much in the way of success. He even made an appearance on the World Wrestling Entertainment (WWE).

LaVar Ball literally became famous for being famous. His family has also been called the Kardashians of the Sports World. Ever since his eldest son Lonzo Ball joined UCLA for his freshman (and only) season of college basketball, LaVar Ball has been in the spotlight non stop. And like a gift that keeps on giving, he has given us countless hilarious, outrageous, nonsensical and somewhat idiotic moments over the years. His hilarious statements and personality were also mocked by Saturday Night Live (SNL) in a series of skits like this:

LaVar Ball always speaks his mind, but he seemingly doesn’t apply his mind before speaking.

Here are the best LaVar Ball comments of the last few years:

A 40 footer with two hands is never a good shot, even if you are Steph Curry or Kevin Durant, let alone one of the Ball brothers.

Just having genetics is not enough to become a pro. If that were the case, Michael Jordan’s sons would’ve been dominating the NBA today.

LaVar Ball made this slightly sexist remark to FS1’s Fair Game hostess Kristine Leahy (she co-hosted The Herd with Colin Cowherd at that time). The statement became a huge issue, a meme and was eventually turned into a tshirt.

LaVar Ball appeared on ESPN’s First Take with Stephen A Smith, Max Kellerman and Molly Qerim and claimed that he has never lost a one on one basketball game.

The Philadelphia 76ers held the first pick in the 2017 NBA draft and the Los Angeles Lakers had the second pick. However, LaVar Ball said that Lonzo Ball might be willing to pull an Eli Manning move and refuse to play for the 76ers if they drafted him. That seemed undeserving for a player who couldn’t even take his college team to the NCAA tournament.

“We already got our own brand. Triple B’s. Lonzo is going to be the first one drafted with his own brand. That don’t happen.” — February 2017

LeBron James signed a $90 million contract with Nike before playing a single game in the NBA. Lonzo Ball was signed with his father’s Big Baller Brand. Not even close.

“You got LeBron, it’s gonna be so hard for his kids, cause they gonna look at them like ‘you gotta be just like your dad.’ ” — March 2017

Lonzo Ball successfully went one-and-done and was drafted by the Los Angeles Lakers. LiAngelo Ball was suspended from UCLA’s basketball program after he was caught shoplifting in China. He went on to play in Lithuania. LaMelo Ball is currently playing in Australia and might be drafted into the NBA. Either way, LaVar Ball’s claim ended up being untrue.

Steph Curry is a two time MVP, and the only unanimous MVP in NBA history. He is also a three time NBA champion. He even had a much better college career at Davidson than Lonzo Ball at UCLA. To say that an undrafted college freshman is better than an established NBA superstar is downright delusional.

So yeah, that happened. LaVar Ball averaged 2 points per game with Washington State University. He then transferred to a Division II school (Cal State Los Angeles). Around the same time, Michael Jordan was setting the NBA on fire, changing the game and averaging over 35 points per game in an era that allowed hand checking and intense physical defence.

As this list has proven so far, LaVar Ball is quite used to saying ridiculous things, but this was ridiculous by LaVar Ball’s standards as well. Michael Jordan is almost unanimously considered the greatest basketball player of all time. Players who came before him, players who played alongside him/against him and players who came after him, have all recognised his greatness. So when LaVar Ball made a statement like this, it made him look nothing but stupid. Michael Jordan made the NBA All Star team in his 40s, LaVar Ball couldn’t even sniff  victory if Jordan played with one hand tied behind his back.

Michael Jordan also responded to LaVar Ball’s comments during a training camp and said “Shut up and let the kid play”.

Lip Piercing Inspirations You Can Take From These Celebrities

5 Known Businesses that Need Lockers the Most