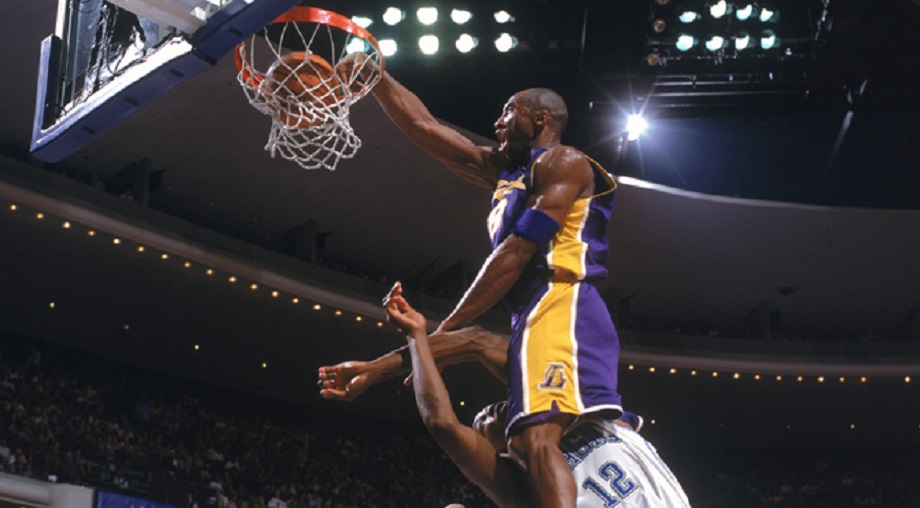 Yesterday, we looked over some of the best games from the early part of the career of Los Angeles Lakers legend Kobe Bryant. When someone plays for as long as Kobe Bryant played for, 20 years to be exact, it’s pretty obvious that things will change around the him, since the world changes every day. When things change around a person, it’s impossible for the person to remain completely unaffected by it. On the court, Kobe Bryant might have looked like a superhuman at times, however since in real life he was human, as times changed, so did Kobe Bryant.
A lot of changes happened as Bryant transitioned from his early days to his peak years. The afro was gone and the bald plate shined bright under the lights of the Staples Center. The hip hop influenced fashion of Kobe Bryant, which included oversized t-shirts, sweatshirts and gigantic jewellery, made way to sombre and professional suits during post game press conferences. The biggest (in more ways than one) change however, was the departure of dominant big man Shaquille O’Neal.  During the three championship victories during the early part of the 2000s, even though Bryant contributed significantly, it was the dominant play of center O’Neal which won the titles for the Lakers. O’Neal was also awarded the Finals MVP trophy on all three occasions.
After a heavily publicised falling out, Shaquille O’Neal was traded to the Miami Heat and Kobe Bryant became the undisputed leader of the Lakers. However, the team was reduced to ‘Kobe Bryant and the other guys’ because of O’Neal’s departure and things weren’t all rosy in the land of purple and gold. However, adversity is the true test of greatness. The truly great ones, and there’s very few of them, take their game to another level when they come face to face with adversity. And this was the time that Kobe Bryant went ahead and cemented his legacy as a true great of the game, producing some of his most legendary performances of all time. This phase of his career turned him into an absolute icon in the world of basketball and the absolute favourite player of almost every other basketball player in the world. Here are some of his best games from that era:

At the end of the third quarter of this game, the Lakers led the Mavericks 95-61. But this wasn’t any ordinary blowout, 62 of the Lakers’ 95 points were scored by Kobe Bryant. Yes, 62 for Bryant, and 61 for the Mavericks . He had outscored the entire opposition by himself. It was one of the most nuclear offensive explosions ever. In just 32 minutes of action, Bryant had scored 62 points while shooting 18 of 31 from the field and 22 of 25 from the free throw line. Only one question remained at the end of this game, if Kobe Bryant played all four quarters of this game, would he have become the first person to beat an entire team by himself?

Quite possibly the greatest game of Kobe Bryant’s career. Once the final buzzer went off, Bryant had scored the second highest number of points in a single game in NBA history. Shooting 28 of 46 from the field, Bryant dropped 81 points on the Raptors. What’s even more amazing is that 55 of the 81 points came in the second half of action. The 60.3 percent shooting made Bryant’s achievement even more impressive. The Raptors started the game well and held an 18 point lead at one point of time. However, Bryant wasn’t going to let his team lose on that night and he single-handedly carried the Lakers to a 122-104 victory.

In Game 1 of  the first round playoff matchup against the Denver Nuggets,  Bryant struggled from the field, shooting just above 30 percent. The Lakers still won the game but Bryant was determined to not repeat the woeful shooting performance. In Game 2, he shot 66.7 percent from the field on the way to scoring 49 points in the Lakers 122-107 victory. He also dished out 10 assists in the game,