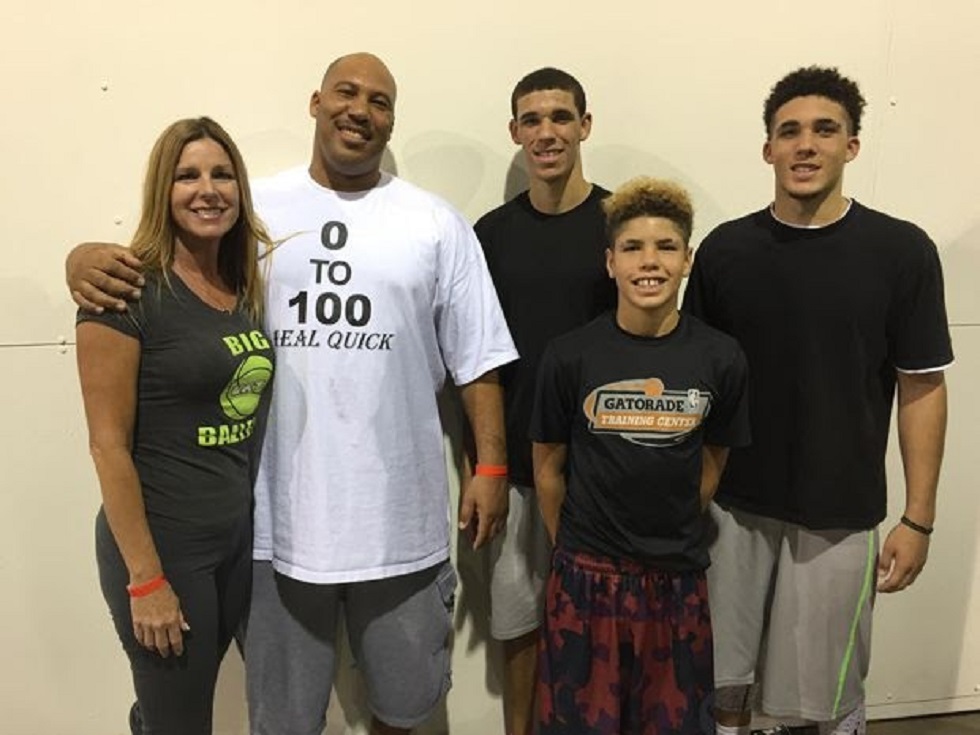 Ball in the Family

LaVar Ball burst on the scene when his eldest son Lonzo Ball joined the UCLA Bruins. Lonzo Ball was projected to be a lottery pick in the 2017 NBA Draft and LaVar Ball milked that situation in the most unique, hilarious and at times, ridiculous way possible. His larger than life personality and outlandish claims led to him making multiple appearances on National Television. He even went on to establish his own sports apparel brand called the Big Baller Brand (BBB). Even the prices of the Big Baller Brand shoes were outlandish. The first signature shoe of the brand, the ZO2, retailed at $495. Needless to say, it drew more ire than buyers because of its ridiculous pricing. LaVar Ball’s outrageous claims like him being better than Michael Jordan, ended up landing him a reality show of his own, Ball in the Family. The show premiered on Facebook Watch on August 29th, 2017. The reality show documented the daily lives and relationship dynamics of the Ball family. As of now, the show has had five seasons, with the fifth season premiering on Facebook Watch on August 18th, 2019.

Ball in the Family: The series so far

Who are the cast members of Ball in the Family?

Main Cast Members of Ball in the Family:

Lonzo Ball – The eldest son in the Ball family. Lonzo Ball played point guard at University of California Los Angeles (UCLA). He was drafted second overall by the Los Angeles Lakers in the 2017 NBA Draft. During the 2019 off season, he was traded to the New Orleans Pelicans as a part of a blockbuster deal for Pelicans superstar Anthony Davis.

LaVar Ball – The father of the Ball brothers and the outspoken patriarch of the Ball family. He played Tight End in college and ran a security firm. LaVar Ball also founded the Big Baller Brand and the Junior Basketball Association.  He is very well known for his larger than life personality and outlandish comments.

Tina Ball – The wife of LaVar Ball and the mother of the Ball brothers. She suffered a stroke recently and had to re-train herself to walk and talk again. LaVar Ball insisted on being with her throughout her recovery process and didn’t leave her alone with a speech therapist. The stroke was the reason for her absence from the show for sometime and she has made her return on screen recently.

Recurring Cast Members of Ball in the family

Denise Garcia – Lonzo Ball’s girlfriend and mother of his daughter.

How was Ball in the Family developed?

On July 5, 2017, it was announced that Facebook had greenlit a then-untitled reality show starring the Ball family. The number and length of episodes had yet to be determined at the time. On October 17, 2017, it was announced that Facebook had renewed the show for a second season. On May 14, 2018, it was reported that the show had been renewed for a third season. The show is referred to internally by Facebook as one of their “hero shows” alongside other shows such as Strangers and Returning the Favor.

What is Ball in the Family’s theme song?

Wes Period’s “Big Bag” is the theme song of Ball in the Family. He became associated with the show after a friend of his, who was working on Ball in the Family approached him for the show’s music. Period came to them with his song and they told him that they would use in the end credits of an episode. Instead, the producers of the series ended up making Big Bag the show’s official theme.

How is the Critical Response to Ball in the Family?

Critics responded favourably to the first season of Ball in the Family. Haley O’Shaughnessy of The Ringer claimed that the show “combines everything you’d expect with a touch of nuance and sympathy.” Myron Medcalf of ESPN compared the show favorably to other Bunim/Murray production Keeping Up with the Kardashians saying that “unlike the Kardashians, who never really care about authenticity, Ball in the Family tries to be sympathetic to the Ball patriarch while showing his brashness isn’t just there to generate social media buzz.” Here’s another review of Ball in the Family: “Catching up with the family since the first season takes up a majority of the episode. The main controversy introduced centers on LaVar’s decision to homeschool and train his youngest son. Though homeschooling is not necessarily new to the world of sports, sportscasters were quick to point out how LaVar Ball spoils LaMelo Ball and comment on LaVar Ball’s seemingly strict training style. But LaVar Ball’s arrogance and pride in his sons shows a firm dedication to forge his own path to familial success, and allow him to blatantly share his opinions, making the show’s subjects more relatable. Like the Ball patriarch himself, “Ball in the Family” may initially seem over-the-top and arrogant. But its uncommon sports family plot and playful one-liners make it an enjoyable piece of reality television worth a quick watch.”

How are the viewership numbers for Ball in the Family?

Ball in the Family premiered on Facebook Watch on August 29, 2017 and the first episode was viewed by more than 26 million people.

What Is DFS and What Does It Entail?