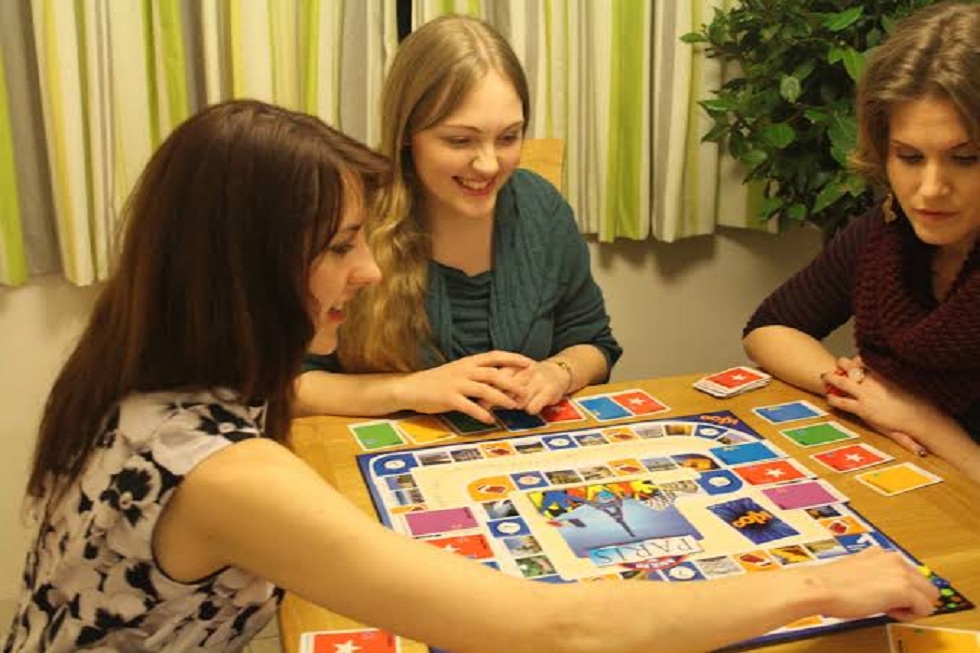 What goes into your mind when someone says ‘party games’? Do you straightaway think of Uno, Snakes and Ladders, some other party game which your mother likes, or some game which your child likes? Well, it’s time to get all those ideas out of your head with these wonderful, hilarious and fun party games for adults.

This dating style adult party game doesn’t require you to actually go on a date with someone, but it does involve trying to convince your friend to approve (or ‘swipe right’, in today’s parlance) of a potential dating candidate. Each player will draw a card which mentions a positive trait (great body) and a negative trait (collects dead insects). Then the player will need to plead their case. If approved, the player wins the round.

Never Have I Ever: The Game of Poor Life Decisions

This adult party game is perfect for people who are not afraid of letting out a little bit of dirt about themselves. Things can heat up quickly as your friends might end up learning some embarrassing secrets about your past. Players pick up a red ‘direction’ card and dictate who has to answer with a blue ‘play’ card. If the statement on the blue card is true about them, the players need to keep the card with themselves. The first player to collect 10 blue cards wins the game (and loses all dignity).

Cards Against Humanity: A Party Game for Horrible People

As far as crass card games go, there is no competition for this adult party game. The name is self explanatory, so we don’t need to tell you anything more about what this game is. A black card is drawn by one of the player which contains a fill-in-the-blank phrase. The other players must pick an appropriate white card which completes the sentence while also satisfying the judge’s sick sense of humour. Winners get to keep the cards of the rounds they win. The person with the most number of cards at the end of the game is the winner, and the worst human being of the group.

Ok, so this adult party game comes from the creators of the extremely witty comic series, Cyanide & Happiness. If you are familiar with it, you will know that you will get a barrage of dark humour in this game. The aim of the game is to come up with the most ridiculous and over-the-top, three panel comic, ever. A round begins when a card is randomly drawn by a player. Then the judge adds a card to that to move the comic’s story further. The players then pick from their hand of cards. The player who provides the most offensive/funny/gross ending, wins the round.

Once all the players have assembled, they will each take turn in reading out the descriptive question on the card. Questions can range from ‘Who is most likely to grow into a cranky old person’ to ‘Who is most likely to have an extra-marital affair?’. Once the question is asked, all the players vote on the person who fits the description. That person wins (probably).

So if you have never managed to land the job of your dreams, this might be the adult party game which will help you fix that. The game will load your resumé with three random qualifications which will help you apply for coveted jobs such as ‘Celebrity Impersonator’, ‘Professional Cuddler’, and ‘Toy Car Mechanic’. Happy job hunting!

If You Had To: A Party Game

A lot of life comes down to choosing the lesser of the two evils in a given situation. Don’t like any Presidential candidate, vote for the one you hate less. However, this adult party game turns that philosophy on its head. It consists of 250 cards which depict uncomfortable scenarios and you need to choose the more uncomfortable situation. The situations can range from ‘eating raw insects’ to ‘kicking a puppy’. A rotating judge decides which situation is worse and the player with the worst choices wins.

Yes, with a name like that, you shouldn’t expect any family-friendliness from this adult party game. The cards need to be drawn at a fast pace. All the cards contain certain actions which provides ammunition to players against their opposition. If you draw the ‘Exploding Kitten’ card, it’s game over.

What Do You Meme: An Adult Party Game for Meme-Lovers

If there ever was an adult party game made for millennials, this is definitely the one. As far as conveying situations in a funny way, what’s better than a meme? This game consists of two decks, one with pictures and one with captions. A judge draws the photo card and the players draw the caption card which they think is the funniest when coupled with the photo. The judge decides which meme is the funniest and that person wins the round. The judges can be rotated based on people’s choice.