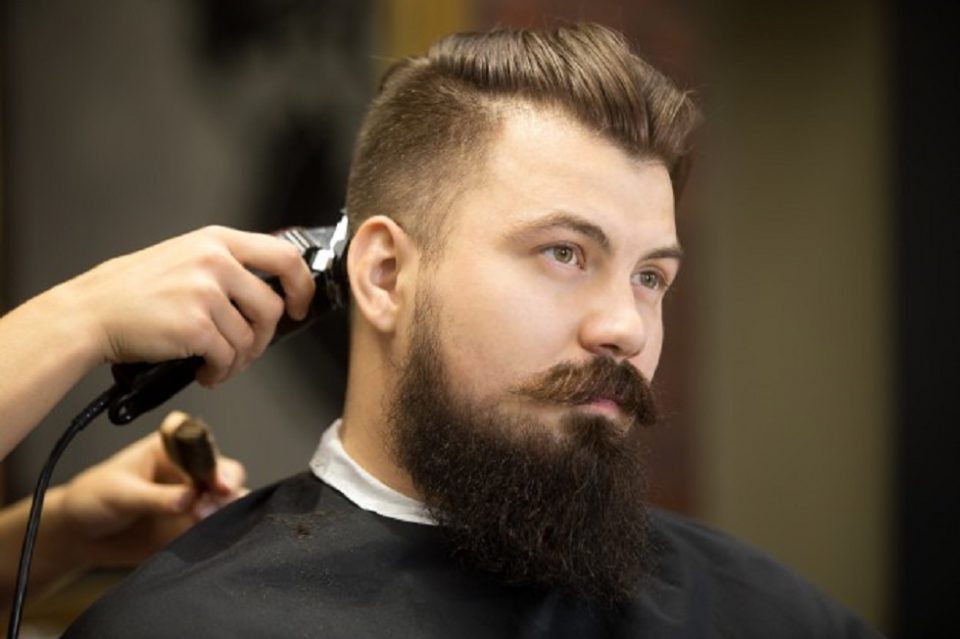 When people imagine a Viking haircut, their minds get filled with virile warriors in massive armor and long braided manes hiding under their shiny silver helmets. Those long haircuts with braids and shaved sides would represent the masculinity of their wearers, so that would certainly be a correct representation. However, today, the haircut has gained a modern meaning.

Having traveled through centuries, the Viking haircut has now become a huge trend in men’s fashion. Although it has changed with time, it still has the power to reveal the great rugged feel of masculinity bursting inside a man. And now, with the help of hair experts from MensHaircuts, we’d like to guide you to today’s world of Viking cuts and styles. Yes, that’s the biggest comeback of the year.

The Nordic hairstyles depicted and described in history books did include long hair tied into braids and shaved sides roughly conned with a massive beard. Of course, the stylish appearance which we appreciate today wasn’t the reason for the legendary warriors to wear their hair long. It was more about practicality: there’s just wasn’t a better way to protect a man’s face and ears in cold.

As for the sides, they would shave some portion of hair to make the hair light enough for a battle while still preserving the practicality. Wearing the hair loose, on the other hand, wasn’t the best idea when the battle was coming, so they would braid the hair to keep it contained.

By the way, the popular TV show The Vikings is a pretty accurate guide to how real Vikings wore their hair. The best thing is, if you grow your hair long enough, you can also pull off those styles and adapt them to your modern look, as, you know, masculinity never hurts a man’s look.

To recreate a classic Viking’s look, you should go for:

Modern Side of The Viking Haircut

While you can pull off the initial version of the haircut rocked by the most impressive warlords, it has gained many new facets so that men of now can seamlessly incorporate it into their looks. Moreover, it’s become more flexible in terms of length: now, you don’t need to have a super long mane to resemble a daring Viking. Still, there’s something that seems to never change: a full feard is a must. Here are a couple of trendy ways to wear the modern versions of Viking hairstyles.

This haircut idea is a perfect fusion of the Viking spirit and business look that will keep your look neat and manly at once.

With medium-length hair, finishing the iconic man bun with a textured braid would be a splendid idea. If you want to add some rebelliousness to the look, a cleanly faded undercut and a medium thick beard will do the trick.

A taper will keep the sides balanced in case you need some visual width for the face, while a top knot with a long and full beard will free your inner warrior.

When you’ve got an enviably long and full beard, why not braid it for a major visual impact? A Mohawk-inspired swept-back undercut will be the icing on the cake.

Although now men don’t need to have a long bushy mane and a beard to win fights with other tribes, there’s still a battle you can win. We’re talking about the battle of trends. The modern Viking cuts embrace the sense of virility and stylishness at the same time, which will help men of today find the happy medium between sophistication and masculinity in their looks. And now is the best time to start growing out your beard, dude!

Everything you need to know before your travel to Vietnam

FAQs Before Getting a Medusa Piercing