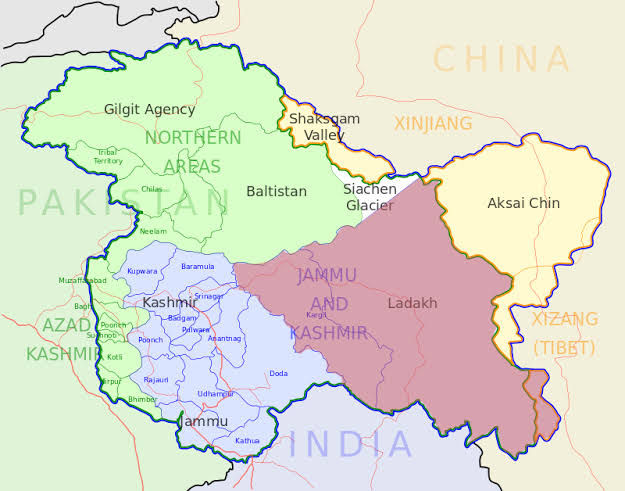 What was once considered temporary, had eventually become permanent. And then, what was considered unthinkable, happened on August 5th, 2019. The historic decision of the Narendra Modi led National Democratic Alliance (NDA) Government has set numerous wheels in motion and the impact of this historic decision will be felt for many years to come. However, as of right now, here’s all you need to know about the revoking  of these long standing articles, the bifurcation of the former state of Jammu and Kashmir and its immediate impact on Indian, subcontinental and global politics.

What changes will occur in Jammu and Kashmir after the Bill is passed?

Once this Bill becomes a law and comes into effect, the following changes will happen to the state of Jammu and Kashmir:

What is article 370 and how will its inoperative status affect Jammu and Kashmir?

Here’s Article 370, taken from the Constitution of India:

“370. Temporary provisions with respect to the State of Jammu and Kashmir

(1) Notwithstanding anything contained in this Constitution,—

(a) the provisions of article 238 shall not apply now in relation to the state of Jammu and Kashmir;[a]

(i) those matters in the Union List and the Concurrent List which, in consultation with the Government of the State, are declared by the President to correspond to matters specified in the Instrument of Accession governing the accession of the State to the Dominion of India as the matters with respect to which the Dominion Legislature may make laws for that State; and

(ii) such other matters in the said Lists as, with the concurrence of the Government of the State, the President may by order specify.

(c) the provisions of article 1 and of this article shall apply in relation to that State;

(d) such of the other provisions of this Constitution shall apply in relation to that State subject to such exceptions and modifications as the President may by order specify:

Provided that no such order which relates to the matters specified in the Instrument of Accession of the State referred to in paragraph (i) of sub-clause (b) shall be issued except in consultation with the Government of the State:

Provided further that no such order which relates to matters other than those referred to in the last preceding proviso shall be issued except with the concurrence of that Government.

(3) Notwithstanding anything in the foregoing provisions of this article, the President may, by public notification, declare that this article shall cease to be operative or shall be operative only with such exceptions and modifications and from such date as he may specify:
Provided that the recommendation of the Constituent Assembly of the State referred to in clause (2) shall be necessary before the President issues such a notification.”

Since India’s President Ram Nath Kovind has approved the Bill after it was passed with ease through both the houses of Parliament, the state of Jammu and Kashmir will witness the following changes:

What is Article 35A and how will it impact Jammu and Kashmir?

Here’s Article 35A, taken from the Constitution of India:

“Saving of laws with respect to permanent residents and their rights. — Notwithstanding anything contained in this Constitution, no existing law in force in the State of Jammu and Kashmir, and no law hereafter enacted by the Legislature of the State:

(a) defining the classes of persons who are, or shall be, permanent residents of the State of Jammu and Kashmir; or

(i) employment under the State Government;

(ii) acquisition of immovable property in the State;

(iii) settlement in the State; or

(iv) right to scholarships and such other forms of aid as the State Government may provide,

shall be void on the ground that it is inconsistent with or takes away or abridges any rights conferred on the other citizens of India by any provision of this part.”

What has been the initial aftermath of this historic day?

The majority of Indian population has celebrated and welcomed this move. Most Indian political parties, including opposition parties such as AAP and AIADMK have also supported the move of the Central Government. To ensure that peace is maintained in the Kashmir Valley, the Central Government has imposed Section 144, disabled tv, phone and mobile networks, and shut down all schools  and colleges. Prominent Kashmiri leaders like Mehbooba Mufti and Omar Abdullah have been placed under house arrest. The entire valley is under a media blackout and not a lot of information has emerged from there.