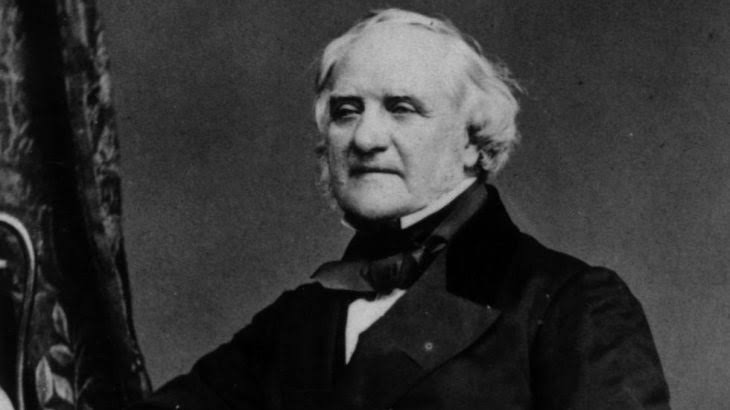 Who is generally regarded as the father of modern philanthropy?

George Peabody, because of his magnanimous donations and contributions towards the improvement of numerous educational institutions is generally regarded as the ‘father of modern philanthropy’.

Who is George Peabody?

Where was George Peabody philanthropist born?

George Peabody was born on July 27th, 1852 in the town of Columbus in the American state of Georgia (not to be confused with the Eastern European country of the same name). George Foster Peabody’s father’s name was George Henry Peabody and his mother’s name was Elvira Peabody (née Canfield). George Peabody was the eldest of the family’s four children. George Peabody’s parents were natives of America’s New England region via colonial ancestors. Hailing from an impressive lineage of bankers and merchants, George Henry Peabody moved from Connecticut in the New England region to the town of Columbus in Georgia and opened a general store. Since George Peabody’s family was quite prosperous, it could afford sending him to an expensive private school in Columbus. George Peabody continued his further education in his native New England region. He studied for a few months at Danbury, Connecticut’s Deer Hill Institute before the American Civil War between the Union and Confederate States broke out. George Peabody’s family suffered major financial setbacks because of the Civil War and they were forced to move to Brooklyn, New York because of their poverty. George Peabody had to work as an errand boy in Brooklyn to earn a living.

What did George Peabody do?

After moving to Brooklyn with his family because of the Civil War, George Peabody worked as an errand boy. However, that was not the be all, end all of George Peabody’s daily routine. George Peabody visited the Y.M.C.A. Brooklyn library every evening and read extensively. George Peabody went as far as to call the library his ‘alma mater’. George Peabody also became actively associated with Brooklyn Heights’ Reformed Church. It was during his activities at the church that he befriended Spencer Trask, a young and dynamic investment banker. George Peabody even became a partner in Spencer Trask & Company on May 2nd, 1881. That was a start of an incredibly fruitful partnership as Spencer Trask & Company ended up financing a large amount of sugar beet and other industrial enterprises, electrical lighting corporations, and the construction of the railroad network in Mexico and the wild frontier of the Western United States of America; from that time till the end of the 19th century. George Peabody was mainly involved with overseeing and managing the company’s railroad investments and worked in close association with fabled American industrialist, civil engineer, soldier philanthropist, and Medal of Honor recipient William Jackson Palmer. George Peabody, Spencer Trask and Peabody’s brother Charles Jones also earned a large amount of money through their investment in Thomas Alva Edison’s Edison Electric Company. The Edison Electric Illuminating firm even had Spencer Trask as its President for some time.

After a long and successful business career, where he earned vast amounts of wealth, George Peabody retired from business in the year 1906. Upon his retirement, George Peabody dedicated his life to public service. George Peabody wasn’t just interested in traditional social service roles, he was also a champion of progressive social change ideas. George Peabody was a strong supporter of women’s suffrage, Government’s ownership of railroads, free trade and a single tax policy. George Peabody also campaigned against wars and worked towards improving the education system in America’s South, particularly for the black African-American community. George Peabody co-founded, directed and managed the treasury of the Anna T. Jeans Foundation, the Southern Education Board and the General Education Board. George Peabody was also a trustee board member of organizations such as the Brooklyn Polytechnic Institute, Virginia’s Hampton University, University of Georgia, Alabama’s Tuskegee University and the American Church Institute for Negroes.

From his early days, George Peabody was interested in the policies and politics of the Democratic Party. He helped Edward M. Shepard establish the Young Men’s Democratic Club in Brooklyn and participated in 1892’s Presidential campaign of Democratic Party candidate Grover Cleveland. George Peabody also went on to serve as the Democratic National Committee’s treasurer. In the year 1932, he even advised the incumbent Governor of New York, Franklin Delano Roosevelt on his upcoming Presidential campaign.

Where is the George Peabody library?

Between 1884 and 1930, George Peabody served as one of the trustees of Hampton Unuversity, Virginia. It was a historically black university and George Peabody’s contributions helped establish the university’s library known as the Peabody Collection of rare materials on African-American history.

How did George Peabody die?

After a long, influential and illustrious career in multiple fields which changed the face of America and the world, George Peabody passed away at the age of 85 on March 4th, 1938 at his home in Warm Springs, Georgia. George Peabody stayed a bachelor for almost his entire life. However, he married Katrina Trask, the widow of his good friend Spencer Trask, eleven years after his death and stayed with her for two years until she passed away in 1920. In 1926, he adopted Marjorie P. Waite as his daughter.

Where is George Peabody buried?

After George  Peabody’s death, his remains were buried at Yaddo.

On March 15th, 2018, Google celebrated the life and contributions of George Peabody through a Google Doodle. Here’s what the Google Doodle blog said:

Born in 1795 to a poor family in Massachusetts, Peabody had only a few years’ worth of education before opening a local general store. His experience in the dry goods business expanded and led to international trade in London, where he would eventually work as a banker and settle in 1837. In that role, Peabody accumulated great wealth and his involvement in both the American and English business and social scenes provided him widespread recognition.

During his life, Peabody immersed himself in public causes, with a particular focus on educational initiatives. In fact, it was on this day in 1867 that he was awarded the Congressional Gold Medal after donating $2,000,000 (upwards of $30,000,000 today!) for the advancement of education, an act of generosity made all the more impressive by the fact that he left school at the age of 11. It’s believed that Peabody gifted over $8,000,000 in the course of his lifetime, about half of his $16,000,000 fortune.

Fun fact: Today’s Doodle art is the result of a Doodle team volunteer mural project at George Peabody Elementary School in San Francisco, California!  The mural currently resides in the student cafeteria. Check out a timelapse of the process below:

Eric Garner: A Black Man Made Infamous By A Deathly Choke

How do YouTubers make money? Here’s everything you need to know!