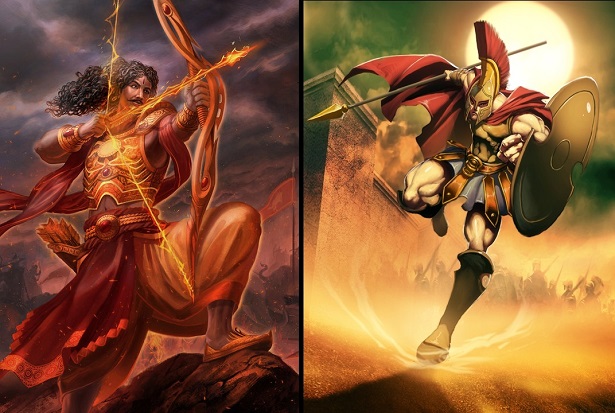 The characters of Greek and Hindu Gods have many similarities and interesting factors which have made me compare few of them out of curiosity. I do not know whether they relate to each other, but similar casting and story of Trojan War and Mahabharata shows there is some connections between them. In fact, many researchers have made various studies to find out whether they had any connections or we have different versions of the same epic. While I came across many mythical characters, few of them proved very interesting which have been discussed below. 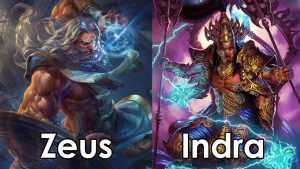 The most important characters in both the epics are Zeus and Indra that is known to almost everybody due to major similarity in between them. Not only they are valued Kings of Gods and Goddesses in respective mythologies, but the weapons they carry are also of similar nature i.e. thunderbolts. The similarity does not end here, even they adobe in similar places. Zeus stays in Mount Olympus while Indra stays at Mount Meru. Even their traits and other decisions share similar striking characters. In both the epics, their opponent is a sea serpent Typhon and Vritra. 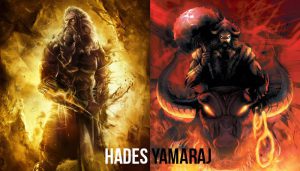 Hades and Yama are lords of underground and share similar characteristics. Interestingly, both of them are not an evil in nature. Their job is to assign dead people in Heaven or Hell based on their vices and virtues. In both mythologies, they are known as God of Death who presides in netherworld.

The Seven sisters and Saptarishis 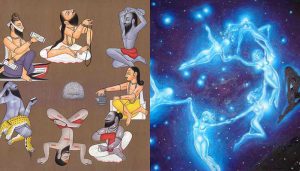 Just like Hindu mythology follows Saptrishi, Greek’s have the concept of The Seven sisters. According to Hindus, Saptrishi are cluster of bright stars who have power to control the entire universe including Sun. Similar concept is followed and believed by Greek mythology and their Seven sister are given a special name, Pleiades which means cluster of stars. 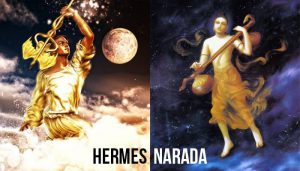 Both Hermes and Narada or Naradmuni act as messengers to Gods and Goddesses’ who are also the sons of most powerful Gods in their respective mythologies. They share similar characteristics as well as traits. At times both prove cunning and shrewd by misleading people with their words. However, they remain followers of Gods also. 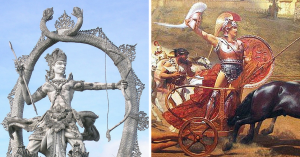 In Mahabharata, when the fight starts, Arjuna shows unwillingness to fight. Similarly, in the Trojan War, Achilles desires not to fight. Even the cries of Achilles over the dead body of his own brother Patroculus is the same like Arjuna where he mourns at the death of his son Abhimanyu. While mourning, Arjuna takes an oath to kill Jaydrath the following day. Similar to it, Achilles pledges to kill Hector while lamenting on the body of Patroculus. 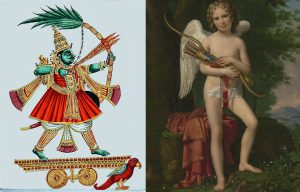 These are the finest Gods among both mythologies who are responsible to spread love and affection among people. The Gods of desire and love, both Cupid and Kamadeva shoots love arrows in the hearts of people to make them fall in love.

Atlantis and Dwarka are legendary islands that sank into the oceans. Atlantis sank after an abortive attempt to enter Athens and sank “in a single day and night of misfortune.” Dwarka was built by Vishwakarma following the commands of Lord Krishna. Dwarka also faced similar misfortune during the war between Krishna and Yadava following which the entire city sank into the oceans. 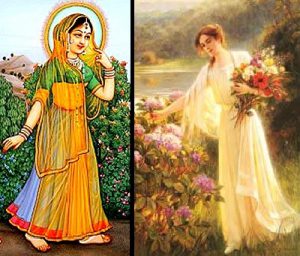 The similarities in both mythologies shows that all people living on earth shares similar characteristics and beliefs. The only difference apparent is their appellations and ethos.

CBD Products Are Everywhere: Here’s What You Should Know