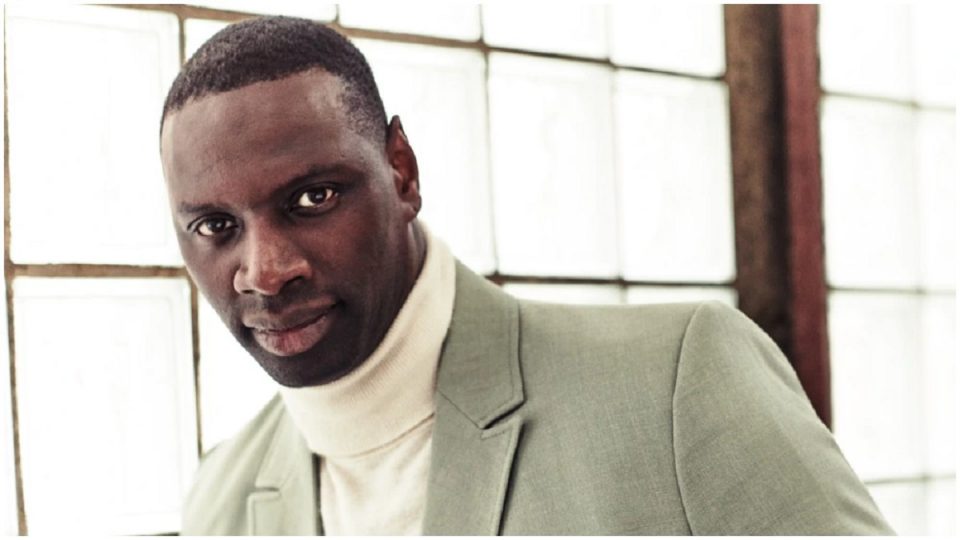 Omar Sy is an actor, producer, director, writer and humorist French, born January 20th, 1978 in Trappes, in the Yvelines department of the Ile-de-France region. He is the child of a Mauritanian mother and a Senegalese father. He gained notoriety by forming the comic duo Omar and Fred with Fred Testot.

In 2011, he starred alongside François Cluzet in the film Intouchables, which was number one at the French box office in 2011 and the third biggest success in French cinema. His role in the movie won him a Best Actor Cesar Award and made him a worldwide name. This success notably opened the doors of Hollywood to him and he, therefore, turned in several blockbusters of American cinema (X-Men , Jurassic World and Inferno). As of 2021, he is the star of the Netflix superhit, Lupin. Let’s find out more about him.

Omar Sy is the son of African Immigrants

Omar Sy grew up in a family of eight children. Her mother is Mauritanian. His father, of Fulani origin, left Senegal for France in 1962.

Parents with whom he is close and to whom he has already paid tribute, for example in Samba (2013), with a hero who made “almost the same journey” like his father.

The actor, married for more than ten years, is now the father of five children.

At 19, in 1997, his father took him across Senegal by car. The young Omar learns the history of his family there. “It changes everything,” he explains.

Omar Sy is now showing Yao, a film that echoes his career: he plays the role of a famous actor who sets out to discover Senegal, the country of his ancestors. But unlike his character, he’s been there often.

Omar Sy gave up on his baccalaureate

Embarked by the friend Jamel Debbouze to do sketches at the Cannes festival in 1998, Omar Sy, who is preparing a professional baccalaureate in heating and air conditioning, had other things to do than revise. “There, I say to myself, watch out for your back! But I do not open my bag so far, ” remembered the actor.

He did not get his diploma, and gave up his studies to join CANAL +, to the chagrin of his parents.

Omar Sy is a self taught actor

The shy kid from Trappes would never have imagined becoming an actor, even if he made the whole neighborhood laugh. A childhood friend of Jamel, he ended up joining him at Radio Nova, where he naturally sharpened his comic spirit, then at CANAL +.

He accepted his first role in the cinema a little reluctantly ( Our happy days, 2006), in which he plays instinctively, as a talented improviser. For its employees, it is a natural player, a la Lino Ventura.

When he decided to move to Los Angeles in 2012, the actor did not have a perfect command of English.

He then took lessons to improve his skills and land his first roles in English, as in X-Men: Days of Future Past, where he was still in the learning phase: “Fortunately I didn’t have a lot of dialogue. But what little I had, I said it well! “. Omar Sy moved with his wife Helene Sy and five children to Los Angeles so that he can raise them away from the public eye. As a result of moving to America, Omar Sy’s English has improved a lot and he has even started giving interviews in English on popular American talk shows.

Time Magazine revealed this Wednesday its famous ranking of the 100 most influential people in the world. Only French present in the ranking: Omar Sy, the famous French actor was present in the category of artists.

The 43-year-old French actor Omar Sy received the César for Best Actor in 2012 for his role in The Intouchables.

In the ranking, he appears alongside Kate Winslet, Chloé Zhao – the director of Nomadland – or even the singer Bad Bunny.

Omar Sy transformed completely into every character he embodies, as he demonstrated in Lupin, the hit Netflix series this year and in which he plays a conman inspired by the famous gentleman burglar. This is how actor and director Bradley Cooper (who appeared along with Sy in the movie Burnt) described the French actor, in the tribute he pays him in Time magazine.

“Omar has all the talents it takes to produce, direct etc… and he does it by being open and generous. If there’s one thing to remember, it’s his cuteness that permeates you and permeates the space when you’re with him. A strong, confident kindness that flows naturally. And that’s what we need right now, ”writes the American actor.

“Thanks to Time and to my friend Bradley Cooper,” Omar Sy commented soberly on Twitter.

Omar Sy is a global star after Lupin

The French actor has certainly already played in several American blockbusters, such as Jurassic World, The Call of the Forest, Inferno or X-Men: Days of Future past. But it is with Lupin that the American public seems to have really discovered it. Omar Sy stars as the suave, Arsene Lupin influenced conman who uses Lupin stories to influence his modus operandi. The show is in French but is loved by fans all over the world.

One of the most popular novelty items of 2021 are NFTs (Non Fungible Tokens). An NFT is a digital certificate that is tamper proof and can’t be reproduced without permission from the owner. Principally, it’s based on blockchain and can operate like cryptocurrencies. Suffice to say that some are worth a small fortune. Proof of the craze of the Seventh Art for this technology, Quentin Tarantino recently proposed NFTs of unseen scenes for Pulp Fiction. Not to mention those from Star Trek.

Even Omar Sy, star of the hit Netflix show Lupin, has bought an NFT for himself. He got it from the Bored Ape Yacht Club collection and shared it on Twitter. Many fans of this technology share their enthusiasm in the responses in addition to detractors.

With this publicity, the NFT can count on the highlighting of a star known internationally. Omar Sy is a hit in Lupin on Netflix, appears in the next Jurassic World, has appeared in X-Men, with Tom Hanks, etc. Suffice to say that seeing Omar Sy share an NFT is quite surprising.

Omar Sy is a millionaire

After struggling for some time, Omar Sy has finally found his footing and has earned a lot of money in recent years. As of 2021, Omar Sy’s net worth is $5 million.

People only look at you and say, ‘You are black and you are from the banlieue,’ and all the doors are closed. I had the desire to be something else. If I see a door that is a little open, I will find a way to get through.

I understood from a very young age that school was important and that my parents were making great sacrifices for me. Every morning I saw my father get up and go to a job that he didn’t really like. They came to France for the same reasons all immigrants move to another country – so their kids could have a better way of life.

I’m definitely more at ease with comedy – that’s where I started out – and so it’s my first love, so to speak, and I have more of a sensibility for it and more familiar with it. Having said that, I also want to be open to everything else.

When I was a boy, my older brothers listened to Earth, Wind & Fire and Kool and the Gang. When I would try to get into their room, they would close the door and say, ‘You can’t hear that. It’s not for a child!’ Now, I can listen to it and enjoy it.

When I was young, a lot of things were closed off to me. I was always told, ‘Don’t do this, you can’t do that’ – instead of stopping me, it made me think, ‘I can do that, I must do that.’

So those were some of the interesting facts about the Lupin star, Omar Sy. Hopefully, we get to see him portray more amazing roles like that in the future.

Katharine McPhee: What’s Up With The Former American Idol Star?

Gigi Hadid: A Quick Biography With The Rarest Facts!