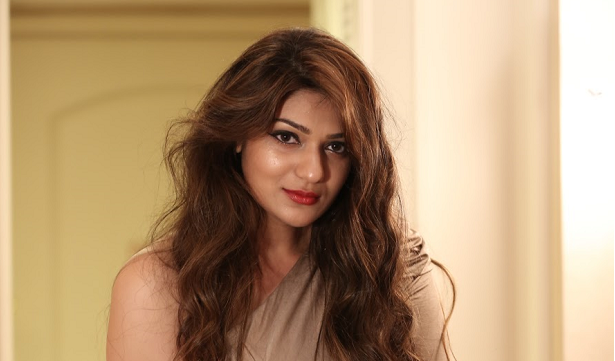 Southern star Aditi Seiya, who will soon be seen playing Priya Dutt in ‘Sanju‘, says who wouldn’t want to make their Bollywood debut with Rajkumar Hirani ? Even if it were a blink-and-miss role, I would have taken it.
Aditi further states how getting into the skin of the character was a task, especially since she has never met Priya in real life. As part of the prep, Aditi saw Priya’s interview on Rendezvous with Simi Garewal to adopt her mannerisms.
Interestingly, not many know but director Rajkumar Hirani sent Aditi’s pictures of the look test to Priya.
Quipping that it was“difficult to play Ranbir Kapoor’s sister since he is a heartthrob“, Seiya is all praises for his acting skills. “Ranbir is a one-take guy who enhances every scene. He turned an important family scene around by suggesting minor tweaks. I have become his fan after working with him.”
previous post