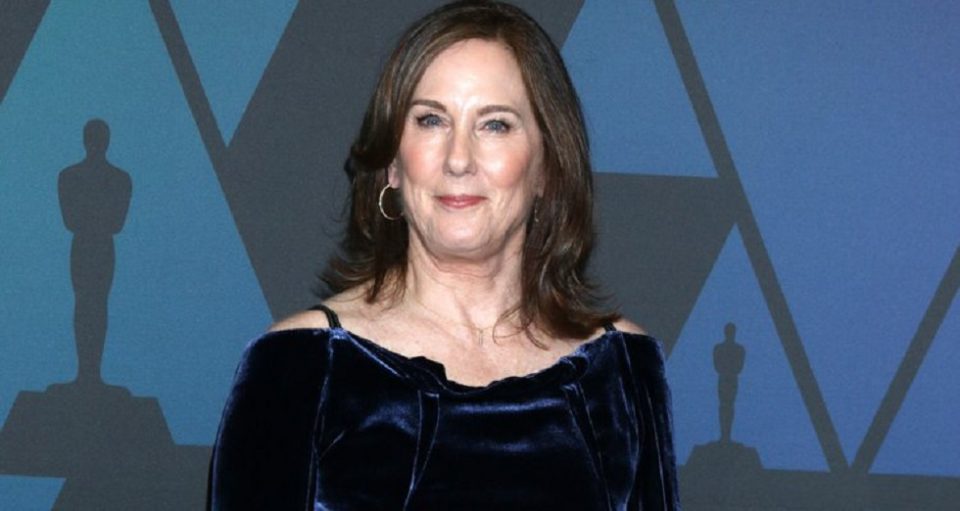 Producers can attain fame when the projects they took tend to become something that people are really drawn to. Kathleen Kennedy is one of those world famous producers that has been gaining a lot of attention in recent years since she has taken on what some would agree is a massive role when it comes to overlooking one of the biggest and most well-known film companies in the world as far as entertainment is concerned. Her role in the Star Wars franchise didn’t begin on the highest of notes but she did manage to work her way up and earn the spot that she finally took, re-assuring that she was the best person for the job. Here are a few things about Kathleen that people might not have known.

1. She was co-chair of Lucasfilm:

Once they sold the company to Disney she became the president since George Lucas sold it outright for a price that was instantly dwarfed when Disney increased production and went in their own direction.

2. Kathleen has produced 8 movies that were nominated for Academy Awards.

This kind of proves that she knows what she’s doing and is able to steer her interests in a manner that is able to not only satisfy fans but impress the critics as well. Such a great track record pretty much speaks for itself.

This doesn’t mean a great deal for the fact that being raised on the west coast she knows the overall culture and what it takes to move around in this society. Apart from that she’s one of the few that can claim the west coast as her home from the start whereas a lot of people in show business move in this direction and then take up residence or keep a home somewhere in the west.

4. She was initially hired by Steven Spielberg as a secretary.

It turns out she wasn’t that great of a typist but she was more than capable when it came to being an assistant. Therefore when she started showing her ability to keep up she managed to move up as well.

Kathleen is all about equal opportunity for everyone and believes that anyone and everyone should have a shot at greatness, as it’s a matter of reaching for those stars, not complaining about the roadblocks that lie in the way.

This seems to be the natural progression for a lot of people in various roles of show business.

Once you peak at a certain level you move onward and upwards in order to keep testing yourself so that things don’t get too stale.

6. She’s been spearheading every Star Wars project since it was sold to Disney.

From The Force Awakens to The Last Jedi and everything in between she’s been there behind the project at all times doing her best to keep things on an even keel. So far things have gone pretty well and people, no matter their love or disgust of TLJ and/or Solo, are awaiting something great as the story continues.

7. Kathleen has a twin sister.

8. In 2007 she was named one of the smartest people in Hollywood.

This kind of goes without saying since to rise from being a secretary to being the president of Lucasfilm isn’t exactly a short trip and the idea of anyone making that leap is something that takes a lot of imagination as well as a lot of intelligence to actually navigate a path upward. That she’s considered to be intelligent and not overly-ambitious is also kind of inspiring since it means that women are just as capable of breaking into the film industry in various ways and aren’t as hindered as some people might think.

This award is usually presented to producers that manage to present more than one picture that is considered to be highly innovative and shows a great deal of quality laid down by the producer and their team. Being the first woman to ever win one of these is an accomplishment no doubt, but winning the award at all is vindication for anyone.

10. She doesn’t really understand why there aren’t more women with prominent roles behind the screen when it comes to film.

There is ample opportunity for women in the film industry outside of acting as she fully recognizes, but there is also some quality to the business that seems to stop a lot of women from pushing forward. Like a lot of people she has yet to figure out what this is.

Thankfully nothing stopped her from pushing forward.

11. How much is Kathleen Kennedy worth?

$300 Million is estimated to be Kathleen Kennedy’s net worth. She has amassed her wealth through the following actions:

12. Is Kathleen Kennedy related to JFK?

No, she is not related to JFK.

13. What is Kathleen Kennedy’s job?

After more than three decades of making some of the most successful movies of our time, Kathleen Kennedy has become something of an icon. She is perhaps the most powerful woman in Hollywood.

The list of movies Kennedy has produced is impressive in both box office and prestige. It starts in 1982, with Steven Spielberg’s E.T. Her partnership with Spielberg runs through most of the Indiana Jones series (which was the brainchild of George Lucas), Jurassic Park, Schindler’s List, and straight on to Lincoln, which was nominated for 12 Oscars and won 2. In collaboration with her husband or others, she has produced more than 60 movies, including Empire of the Sun, The Goonies, Alive, Young Sherlock Holmes, Cape Fear, Who Framed Roger Rabbit, and The Bridges of Madison County. Together, her movies have earned more than 120 Oscar nominations. Now, with the release of The Force Awakens, which is already one of the most lucrative films in history, Kennedy has become the high priestess of the relaunched Star Wars enterprise. The new movie’s position as the first feminist Star Wars film—with Rey, the breakout female protagonist—only adds to the impression that Kennedy is, as the Star Wars screenwriter Lawrence Kasdan put it, a “secret superhero in training.”