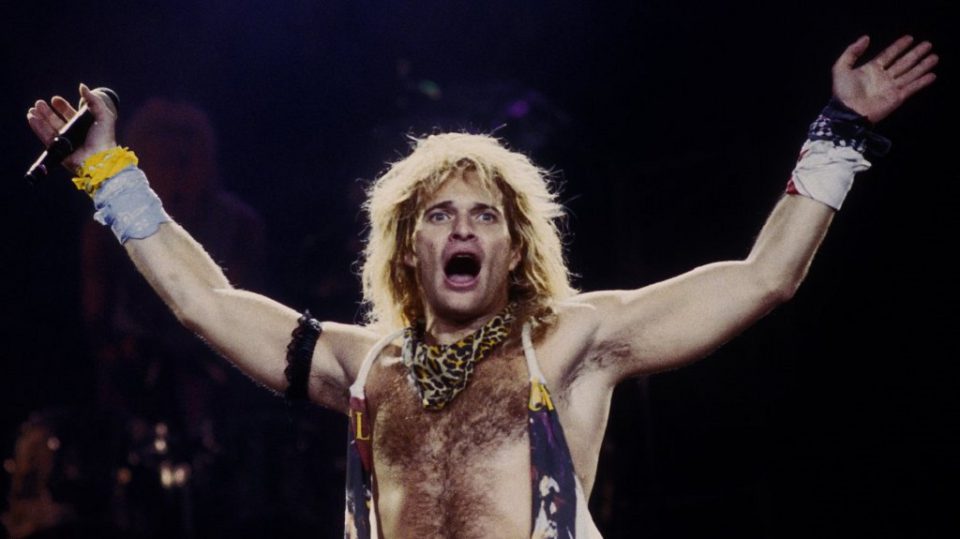 Hailing from a town in Indiana, David Lee Roth would go on to become one of the greatest American rock singers of the 70s, 80s, and 90s. Actively pursuing the lights of stardom from the mid-1970s, the singer was successful when he helped with the formation of the hard rock band Van Halen! Here’s a look at some facts about the singer.

10 David Lee Roth Facts: A Quick Look At His Career

David Lee Roth, aka Diamond Dave, was born on October 10, 1954, in Bloomington, Indiana, United States. He is the son of Nathan Roth, a prominent ophthalmologist and fan of Al Jolson, Ray Charles, Frank Sinatra, and Louis Prima, And Sibyl Roth. David Lee Roth is the brother of his sisters Allison and Lisa Roth.

Roth’s paternal grandparents are Ashkenazi Jews who immigrated to Indiana from Ukraine.

3. This is how he got into the rock scene:

David Lee Roth’s uncle, Manny Roth, is an influential New York nightclub owner. At the dawn of adolescence, his family moved to California and from the beginning of the 70s, Roth was a big fan of rock (Led Zeppelin, Black Oak Arkansas, Grand Funk, ZZ Top, Alice Cooper, etc.). David made his rock scene debut in the late 1970s.

4. Here’s how his band Van Halen was formed:

A young David then sings in various groups including the Red Ball Jets while performing regularly with another rising formation of Pasadena, Mammoth. The members of Mammoth (including brothers Alex and Eddie Van Halen) regularly borrow Roth’s amplifier at shows and they become friends. Soon after, the Van Halen brothers ask Roth to join the group.

In the mid-1970s, the quartet, which also included bassist Michael Anthony, renamed itself Van Halen.  In 1977, the group got along with Warner Bros. and released an eponymous album in 1978, one of the best albums in rock history according to many.

In less than ten years, the millions of albums sold and the group’s incredible stage performances have made David one of the most famous frontmen in the world.

6. In 1985, following numerous arguments, he decided to quit to start a solo career:

He then recorded the mini-album Crazy from the heat which enjoyed a good reception, in particular, thanks to the covers of I’m Just A Gigolo and California girls of the Beach Boys. The following year, Steve Vai (guitar), Billy Sheehan (bass), and Gregg Bissonette (drums) completed the formation and made their debut on Eat ’em and Smile followed by Skyscraper in 1988.

After these two big commercial successes, Steve and Billy leave the group to embark, in turn, on a solo career. The Steve Vai Band and Mr. Big, see the light of day, in the early 90s.

He made a band with the great guitarist Jason Becker, with whom he recorded the studio album A Little Ain’t Enough.

Unfortunately, it fails to match the success of the previous ones and will soon fade from the music scene.

8. He rejoined Van Halen once again:

All the fans of the group began to hope that the band does great but once again internal tensions exploded between David Lee Roth and Eddie Van Halen.

Disillusioned, Roth signed a vitriolic autobiography in 1997 titled Crazy From the Heart and launched a compilation of his solo years. Lee Roth nevertheless continued to work alone and he launched Diamond Dave in 2003. It is a compilation mainly composed of covers.

In 2005, he became a radio host on Howard Stern’s satellite channel and hosted the show Strummin with the Devil: The Southern Side of Van Halen. Rumors of formations continue on the possible return of David Lee Roth within the Van Halen group, especially since the return of Sammy Hagar (despite an American tour) has given nothing. It was in 2007 that David Lee Roth was indeed reinstated in the group.

The singer says he is “pissed off about everything”, when he took to The Joe Rogan Experience for a three-hour open-ended chat.

“I stopped being angry on my behalf a long time ago [explaining that he was rather angry on behalf of future generations]. What kind of shitty world are we going to leave behind where [the kids] can’t go in Florida because the state is underwater? What kind of a place are we going to create, where all the big trees will be dead?”, he stated.

Not too long ago, these concerns were raised in the 2012 album A Different Kind of Truth, with the singer’s sharp lyrics like:

Roth didn’t stop at environmentalism, asking “Are we still arguing over women’s rights?” the singer asked Rogan. “Are we still fighting on Roe v. Wade? Truly ?”.

He also spoke of the national calls for police reform among the various high-profile cases of police brutality over the past year. Although he at one point claimed to be a “left liberal,” Roth took a more centrist approach to the idea of unblocking the police.

“The idea that we are going to deprive the police of their financial means? This is completely crazy. So here’s the solution – and the fact that we haven’t done it yet is starting to piss me off: You have to triple the wages, and then you’ll start to have brains in the police. Because you will need to be a psychiatrist, a social worker, a member of the Delta team and a member of SWAT all at the same time. Donate $3,500 per week, and you will have some good stuff”.

“Police chiefs should earn what the average lawyer makes, $300 an hour. Yes, per hour! And once you’ve established decent and thoughtful wages… I have a few reforms in mind”, he continued.

David Lee Roth released a recent solo track called Giddy-Up , with guitarist John 5, which he teased in The Roth Project, a 17-chapter comic he wrote and illustrated. Roth and the American guitarist have teamed up on other songs and plan to release more music in the future.

“Do you want a hero in the music business? James Brown. He brought a feeling to the music without really using words. He’s just famous for his sound. “

“Rap is poetry to music, like beatniks without beards or bongos. “

“When you have something like MTV, it’s like regular television. You have it, and at first it’s new and brand new, and then you watch every channel, every show. And then you get a little more selective and more selective, until finally… you end up with a radio. “

“The only thing I’m allergic to is criticism. “

“I had a drug problem, now I’m making enough money. “

“The world’s a stage and I want the brightest point. “

“I take my personal interview very seriously; my sense of organization and my attention to detail; my memory; my business – I love business. “

“It always irritates me that people say, ‘Where is this moving? Oh wow, it’s not moving here; let’s go elsewhere. ‘ These people will never find where there is action. “

“My ambition is to create a sound signature, a spiritual signature, which makes a contribution to music in general. “

“The problem with self-improvement is knowing when to stop. “

“I have always admired Ray Kroc, the man who invented McDonald’s. Ray had a vision for the most mundane thing – a burger and fries to go – but for him, it was the best thing, and he was going to make it the best thing for everyone, and he did. “

“Music is like girlfriends for me; I am always amazed at the choices that others make.”

“Maybe I’m like the decisions of Congress or your favorite Chinese restaurant – you don’t really want to know what’s going on behind the door. “

“I can teach you how to jump in five seconds – it takes years to learn how to land properly. “

“In the United States, you can put on a cowboy hat and go to the country-western neighborhood. If you’re below 14th Street in New York City, it’s bohemian; it’s left. “

“I am not conceited. Vanity is a fault and I have no fault. “

“The light you see at the end of the tunnel is the front of an approaching train. “

“A lot of rock bands are really only legends in their minds. “