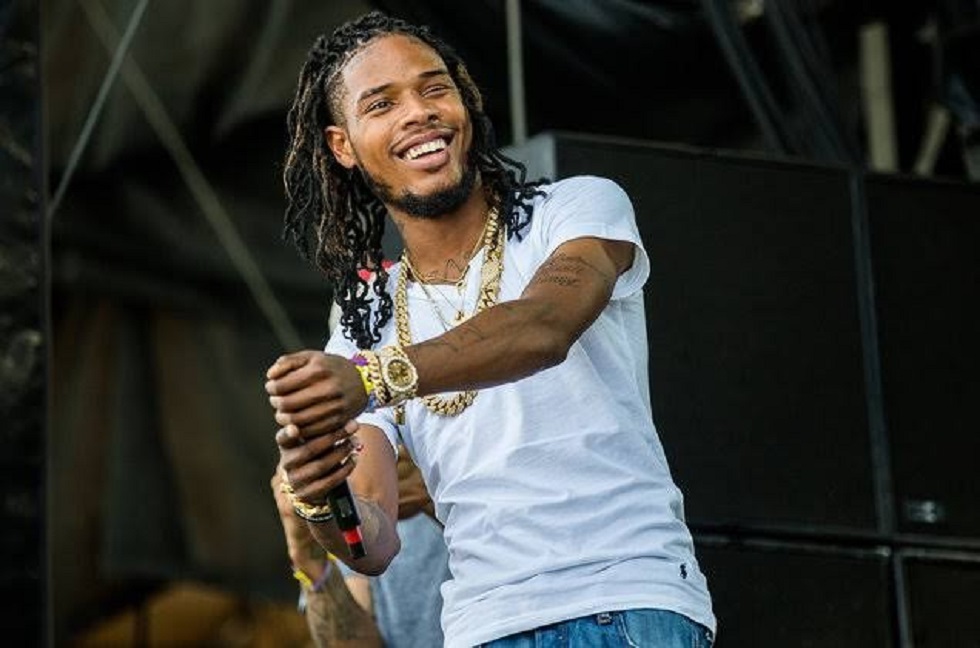 Willie Maxwell II, more famously known as Fetty Wap is a highly successful rapper, singer, and songwriter from the United States of America. Fetty Wap is most famous for his superhit 2015 single “Trap Queen.” The wildly successful single climbed all the way to number two on the US Billboard Hot 100 chart. The success of Trap Queen helped Fetty Wap sign a deal with 300 entertainments. Fetty Wap’s breakthrough success with his superhit single helped establish him as a rap star and increased his fame and popularity a lot. As a result of all that success, Fetty Wap’s net worth is $4 million as of 2020.

When was Fetty Wap born?

Fetty Wap was born on June 7th, 1991 in Paterson, New Jersey. He went to Eastside High School but was suspended on many occasions by the school’s principal.

What happened to Fetty Wap’s Eyes?

Fetty was born with glaucoma in both of his eyes. Glaucoma is an eye disease which damages the optic nerve and results in vision damage. Fetty Wap revealed this in an interview in 2015.

Also, he said that his doctors told him he would be unable to save his left eye. As a result, his left eye has been replaced with an artificial one.

How did Fetty Wap start a career in music?

Fetty Wap developed an interest in music at the age of 22 (pretty late for successful musicians). He ventured into the world of rapping in 2013 but soon decided to start singing too. He did that because he wanted to stand out.

Fetty Wap made his commercial debut with the single Trap Queen in early 2014. However, the single only started gaining some traction from November of that year. However, the song has gone on to become extremely popular since then. It has over 671 million views on YouTube, 130 million streams on SoundCloud and has been certified platinum.

Followed by the late success of his debut, he signed a recording contract with 300 Entertainment, founded by Lyor Cohen, Kevin Liles, Roger Gold, and Todd Moscowitz. Fetty Wap also went on to sign a deal for distribution with Atlantic Records.

Between July 26th and August 1st in 2015, Fetty Wap matched the Billboard success marks of legendary artists like Lil Wayne and Eminem. He became the first male rapper to have three songs in the Top 20 since Eminem in 2013.

Fetty Wap’s self titled album was released on September 25th, 2015. It debuted at number one on the US Billboard 200 albums chart. Fetty Wap also released a couple of extremely popular mixtapes, Coke Zoo and Zoo 16.

Fetty Wap released his next single on February 5, 2016, titled Jimmy Choo. He released the next single in August 2016. It was called Make You Feel Good. His other singles are Like a Star, which features Nicki Minaj, Way You Are featuring Monty. He was also featured on the Fifth Harmony single, All in My Head in 2016.

His next mixtape was Zoovier, which comprised of 19 tracks and was released on November 21st, 2016. Fetty Wap also released an EP on January 19, 2018, titled For My Fans III: The Final Chapter. Bruce Wayne was his next mixtape launched in June 2018.

Which awards has Fetty Wap won?

Fetty was nominated for six different awards for his debut single, Trap Queen. He went on to win two of them, Most-Played Video of the Year in MC100 Award and Artist To Watch in MTV Music Video Awards.

What is Fetty Wap’s net worth?

Fetty Wap bought his mother a house when he was only 23 years old. Furthermore, he loves his mother and wanted something for her. The house has been estimated to be over hundreds of thousands of dollars. The current luxurious residence of Fetty Wap is a rented mansion which is valued at $2.1 million. Fetty Wap loves to live luxuriously.

How tall is Fetty Wap?

Fetty Wap is 6 feet 1 inch tall. He weighs 77 kilograms. He has black hair and dark brown eyes. He is of African-American descent.

How many kids does Fetty Wap have?

Despite being only 28 years old, Fetty Wap has seven children. His first child Aydin Zoovier, was born in the year 2011 with his partner Ariel Resse. His seven kids have come from six different women, however, none of those women are his wife.

Ariel was Fetty’s childhood girlfriend. Furthermore, his other kids are Eliza ZaZa Zaviera, born in 2015, with Lehzae Zeona, Amani with Elaynna Parker in 2016, Khari with Masika Kalysha in 2016, Lauren with Turquoise Miami in 2016 and Aliya in 2018 with his ex, Alexis Skyy. Lezhae Zeona also gave birth to his seventh child in 2018, a baby boy named Zy.

Which cars does Fetty Wap have?

These are the cars owned by Fetty Wap, along with the prices.

Fetty Wap achieved a lot of fame and success via his debut single, Trap Queen. That single made him a global rap superstar. The single was downloaded over 3 million times in the USA alone. The single was certified four times platinum by the RIAA. Fetty Wap’s net worth as of 2020 is $4 million. With a slew of hit singles and albums, Fetty Wap has become really rich. He is only 28 years old and he is expected to release even more hits in the future. Fetty Wap’s net worth of $4 million is expected to rise even more with time.

What Day of the Week Is The Best to Play Slots?