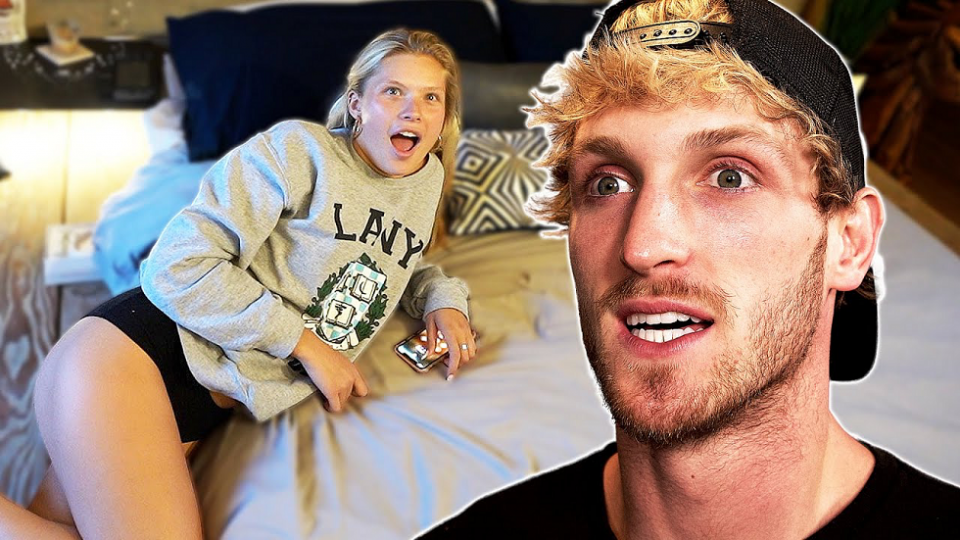 If you’ve been scrolling on Youtube at any point in the past several years, you may have seen Logan Paul’s name in passing but didn’t bother to click on his videos. To find out who he is, in this article, we explore everything related to Logan Paul, broken down into cool facts so that it doesn’t feel like you’re reading an essay! Let’s get started!

1. How did Logan Paul become famous?

Logan came to this world on April 1, 1995, in Westlake, Ohio. He was born to his parents, Greg Paul and Pam Stepnick. The social media star’s younger brother Jake Paul is also a well-known social media personality, Vine Star, actor and model. The two social media brothers ( Logan and Jake Paul) have also built their own individual followings through different methods, although a lot of their fans support both creators.

The two have come together to feature on projects together as well and even had a back-and-forth “feud” in 2017. This led to Paul’s highest watched the video on YouTube, which is funnily, a diss track of his own brother.

Logan was a former State Champion wrestler from Westlake, Ohio.

Logan enrolled at Ohio University on a full academic scholarship as an engineering student. Logan started out on YouTube with less success if we look at his statistics as of July of 2013 when he had approximately 900 followers. But, just four months later, he garnered 1.5 million followers.

The net worth of Logan Paul is estimated to be around $19 million, according to Wealthy Gorilla. He amassed his wealth through his merchandise sales, YouTube ad revenue, several ad sponsors on his podcast (among other revenue streams). Below, we take a look at how Paul is able to haul in millions each year:

Logan Paul has starred in a number of films, either as a minor character or as the lead. His most notable film is probably “The Thinning,” a YouTube film where Logan Paul takes the lead role. The Youtube icon also stars in the sequel to that film, “The Thinning: New World Order.”  He also appeared in films “The Space Between Us” and “Can’t Take it Back” as well as a film he co-wrote titled, “Airplane Mode.”

The famous Vine star turned actor was also set to appear in the 2017 film “Baywatch,” but his scene ultimately got cut from the final edits.

For television, Logan Paul can be seen in an episode of “Law & Order: Special Victims Unit” in 2015. Logan also appeared in a couple of episodes for the Fox TV show “Stitchers.”

The famous Vine star turned actor made one appearance on the Disney program “Bizaardvark” with his brother, Jake.

The Ohio-born social media star also had a role in the YouTube series “Foursome.” Paul had a Facebook show titled “Logan Paul Vs.”The description of the show says, “Logan Paul travels the US seeking challenges versus unpredictable things.”

20 days later, it was announced that Logan Paul and his brother would be fighting KSI and his younger brother, Deji, in two white-collar boxing matches. The fight ended as a majority draw, with two judges scoring the match a draw at 57–57 and a third judge scoring 58–57 in favor of KSI.

The next year on September 4, 2019, it was announced that Logan Paul would be making his professional boxing debut in a rematch against KSI, which would be viewed exclusively on DAZN in the U.S. The match was scheduled to occur on November 9 at the Staples Center.

During his UK press conference for the rematch, Logan Paul once again stirred controversy as he accused KSI of having five abortions, before stating to the public:

“Five babies dead. I might return the favor and kill you.”

Following this, he received criticism from pro-choice abortion activists, who described his comment as “horrific”, while pro-life abortion activists came to Paul’s defense. The social media star responded by stating, “I said something distasteful and insensitive.”

The rematch, which included six three minute rounds, concluded in a win for KSI through a split decision, with two judges scoring the fight 57–54 and 56–55 for KSI, and one judge scoring it 56–55 in favor of Paul.

Paul said that he broke off a relationship with an unnamed girlfriend due to his training for the KSI fight on the podcast “The Night Shift” in September.

The Youtuber was rumored to have dated model Brooke Burke and there were also rumors he dated YouTuber Corinna Kopf.

The social media star was most certainly in a long relationship with Chloe Bennett, who is an actress most known for her role on the TV show “Marvel’s Agents of S.H.I.E.L.D.”

Born in Westlake, Ohio in 1995, Logan Paul first began posting videos on YouTube around the age of ten with his younger brother, Jake Paul. Yes, while in his 7th grade he started his YouTube channel and primarily created hilarious videos for classmates. He continued building a social media presence in his teens, during which time he also played on his high-school football and wrestling teams.

Later, after graduating school and going to Ohio State University, his online following on the social media platform Vine blew up. His interest grew as his Vine channel started growing in popularity and in seven months he accumulated 2.7 million followers and at present, he is counted among the most successful viners with over 9 million fans across Vine.

In 2014, he dropped out of Ohio State University and relocated to Los Angeles, where he moved in with several other Vine celebrities. Along with his Vine audience, the social media star gained thousands of followers on his YouTube channel, where currently does podcasts, vlogs, and posts short films and music videos.

After ascending to become one of the top social media personalities he expanded his horizon as an entertainer beyond social media. Logan soon dove into acting and signed with Creative Artists Agency.

Logan’s television career included portraying Rainbow Man in one of the episodes of the TV series ‘Bad Weather Films’ in 2014 which led the new actor to do a sequel titled ‘Rainbow Man’ in the same year. He also bagged the role of a malicious kidnapper in the American crime drama series ‘Law & Order: Special Victims Unit’ and as Logan Twins in American comedy television series ‘Weird Loners’.

In 2015, Logan made his official acting premier appearing in an episode of Law and Order: Special Victims Unit. Since then he has been featured in a number of film and television shows, including the sci-fi thriller The Thinning and the romantic drama The Space Between Us.

In 2016, Logan bagged a starring role in ‘Foursome’, an Awesomeness TV web series.

Also in 2016, he started releasing his own satirical pop tracks, including “The Fall of Jake Paul,” featuring the boy band Why Don’t We, and “Hero,” in which he highlighted his fan and fellow YouTuber Zircon.

The next year, Paul paired once again with Why Don’t We for the video single “Help Me Help You,” which also highlighted an appearance by actress Shay Mitchell.

This megastar of social media with a boy-next-door image who shot to fame with his goofy videos and giddy stunts also has a massive following on other social media platforms. They include Facebook, Twitter, Instagram, and Snapchat. He joined the live streaming platform Twitch in 2018. Once, Logan’s pratfall-laden videos that he posted on Facebook garnered a whopping count of over 300 million views!

He has several brand deals to his credit and the list of digital-promo campaigns he is involved with include big names like HBO, Pepsi, Nike, Hanes, Verizon, and Dunkin’ Donuts with the payouts reaching six-figure deals. One of the campaigning videos that Logan shot for Hanes helped him witness an unbelievable and overwhelming online response with 750K Facebook views, a record-breaking 3.8 million impressions on Twitter, and almost an incredible count of 38 million Vine loops that stunned the Hanes executives as well!

Maverick Media, Logan’s production company has been named after his pet parrot.

In his pursuit to become a social media star, Logan dropped out of Ohio University and relocated to Los Angeles in a leased apartment in a Vine Street luxury complex and hired a manager and a financial planner.

He took acting classes at the studio of Anthony Meindl and with comedy troops ‘Upright Citizens Brigade’ and ‘The Groundlings’.

Jaime Camil: Who Is The Famous Mexican Actor?