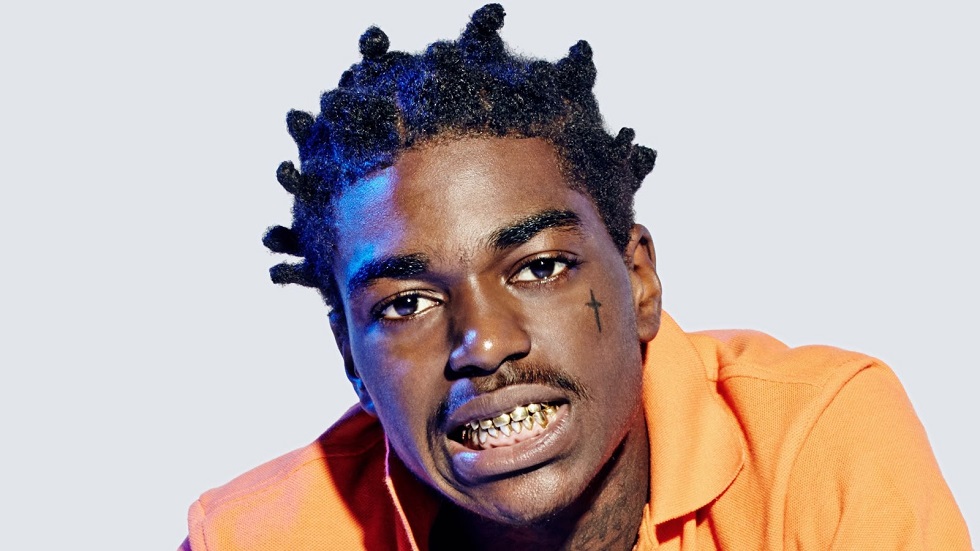 Bill K. Kapri, popularly known as Kodak Black is a notorious American rapper. While his rapping talents are unquestionable and he has released numerous hit singles such as Roll in Peace, No Flockin’, Zeze and Tunnel vision, it’s his continuous tussle with the law that has kept his name in the limelight. Kodak Black is also infamous for his comments about the skin tone of African American people, especially women. While Kodak Black has been notorious for his legal issues and numerous foot-in-mouth comments, his successful rap career has seen him become very rich at just the age of 22. As of 2020, Kodak Black’s net worth is around $600,000.

When was Kodak Black born?

Bill K. Kapri “Kodak Black” was born on June 11th, 1997. He was born in the town of Pompano Beach, Florida. Kodak Black’s official name at birth was Dieuson Octave. His mother Marcelene Octave was a Haitian immigrant. Kodak Black’s father left the family soon after his birth and his mother raised him by herself in the Golden Acres society of Pompano Beach. That area had a sizable Haitian immigrant population.

Kodak Black began rapping during his time at middle school itself. Kodak Black would visit a trap house after school to record music. Growing up, Kodak Black immersed himself in dictionaries and thesauruses to enhance his vocabulary. Kodak Black started a life of crime at a very young age. He started selling drugs and indulging in small crimes from a very young age. He used to get in frequent fights and was caught for breaking and entering on numerous occasions. Kodak Black wasn’t really interested in attending school and had an extremely poor attendance record. Kodak Black was expelled from his school for fighting in the fifth grade. While he was in middle school, he was also arrested for grand theft auto. Kodak Black said that while growing up, he only had two options: “sell drugs with a gun on his hip or rap”.

Kodak Black used the nickname of Black from the time he was six. Another nickname that he used was Black. He chose the name Kodak Black when he joined Instagram. As per his own admission, he chose the username “Kodak Black”, “…’cause you know Kodak, that’s pictures and all that.” That went on to eventually become his official stage name and the name all his fans associate him with.

Kodak Black began his career when he was 12 years old, and he joined a local small-time rap group named ‘Brutal Youngnz’. Later on, he switched to another group called ‘The Kolyons’.

Kodak Black released his debut mixtape ‘Project Baby” in the year 2013. The mixtape was a major hit in the nightclub and turned Kodak Black into a sensation.The following two years, he released two more mixtapes, ‘Heart of the Projects’ and ‘Institution’.

Kodak Black’s popularity increased exponentially when famous rapper Drake danced to one of Black’s songs Skrt. As a result of that, many people searched for Kodak Black and his songs on Google, boosting his popularity like never before.

Kodak Black’s rapidly rising popularity shined through the release of his fourth mixtape Lil’ B.I.G. Pac. The mixtape was released by Atlantic records and it became his first album to feature on the Billboard music charts.

Kodak Black’s 2017 single Tunnel Vision climbed to the top of numerous American music charts. The single debuted at the 27th spot and peaked at number six on the ‘Billboard Hot 100’.

In August, he dropped ‘Project Baby’ the sequel to his mixtape ‘Project Baby’. The album featured the hit single Codeine Dreaming which reached number 52 on the Billboard Hot 100 chart.

Kodak Black has achieved a lot of success in his young career. He has released numerous hit mixtapes and singles and he has legions of worldwide fans. However, Kodak Black has also been shrouded in controversies and been in perpetual trouble with the law. He has spent a substantial amount of time in prison. He plans to finish his high school education soon. As of 2020, Kodak Black’s net worth is around $600,000.

Kodak Black infamously live streamed himself and a group of guys receiving oral sex from a lone woman. After he broadcast it live on Instagram, Kodak Black’s Instagram account gained a lot of popularity. Kodak Black spoke about the incident on twitter: “If I could change I swear I would .. I tried everything but I’m just so hood.”

Kodak Black also gained notoriety for expressing a public desire to have sex with Lauren London, the girlfriend of deceased rapper Nipsey Hussle. He said that he was willing to wait for up to a year to give London the time for some “crying and s**t”. Kodak Black was widely criticized for his comments and a radio station went on to boycott his music. Rappers T.I. and The Game also criticized Kodak Black for his distasteful comments. Kodak Black issued an apology for his statement later on. Kodak Black said: “If I disrespected you Lauren London in any shape or form, I am sorry. Even though I didn’t.”

“I’m a product of my environment. I grew up in the projects, I’m a project baby. All the project babies can relate to what I say, ‘cause they’re on the same thing. We’re cut from the same cloth, you feel me? We going through the same struggle and all that shit. So, they gonna feel me. And all the other people, they just like what I’m saying, they just like my drive.”

“I have a huge drive. I was born with nothing. So I was always brought up like: go get it. No matter what. Even if it’s scoping and poking. Rapping and trapping. You know, I did it. I switched my whole grind up from doing that, from scoping and poking, to just getting in a booth and just doing my thing.”

“I will just be doing me. I don’t listen to no rappers, but if it’s a good song I’ll listen to it. But, I don’t really look up to nobody.”

“I used to listen to that song, ‘I just wanna be successful!’ I was like, ‘I’ma be where bruh at.’ I used to watch him on ‘Degrassi.”

“People just see the shine. They don’t see the grind, the bags under my eyes. It was a lot of grinding, setbacks… I ain’t finna let nothing stop me. Wherever I stop at, I already know who I am.”

“I’m better than Tupac and Biggie. I say that so now you know where my head at.”

“Everybody say I give them Pac vibes. I ain’t gonna lie: I ain’t really grow up on Pac, but I kinda see it – just off everything I do, though.”

“While we walking, while we breathing, we dying… I be really feeling like, even though we live to die, some people be dying to live.”

“I was uploading on YouTube and stuff, and they were liking it or whatever. I just kept elevating and elevating. I had little setbacks, but I used them as stepping stones.”

Kodak Black is a successful but highly controversial rapper who has a lot of hit singles as well as a lot of jail stints. He is also notorious for his outrageous comments of African American women. This young rapper can’t seem to keep himself out of controversy. Kodak Black’s net worth as of 2020 is $600,000.