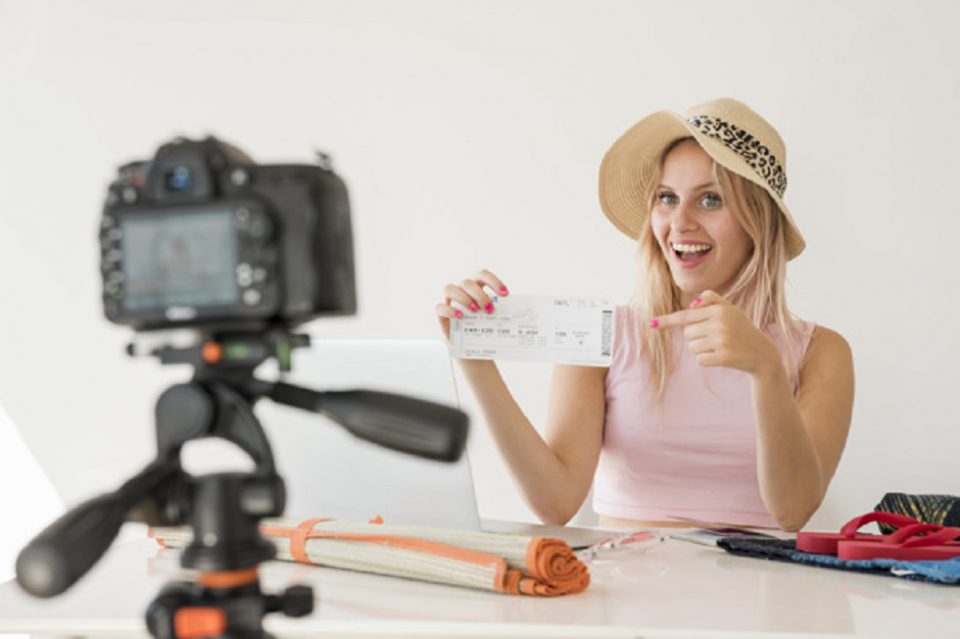 Five billion YouTube videos are viewed every day across the globe. With users spending an average of 40 minutes per YouTube session, YouTube is as widespread as ever.

On YouTube, making money is no longer limited to a very few platinum artists or enormous influencers. There are plenty of ways for even ordinary people to make money from YouTube. Although as a content maker, it is possible to make a substantial income from YouTube, it is not the easiest either. Every single minute, four hundred hours of videos are getting uploaded to YouTube around the world. The figures aren’t lying. With high competition, it becomes challenging to make a lot of money online.

The average duration of the most famous YouTubers top 50 videos is 12 minutes and 4 seconds; 82 per cent of the highest 50 most-subscribed-to bloggers are male, and the average age is 24. It took an average of 4 years and seven months for the YouTubers in the top 50 to achieve their most famous video. The most preferred form of content is parody music videos, ranking number one among some of the top back catalogues of bloggers.

Another bespoke genre, making up 44 per cent of the top 50 list, is general entertainment. The vloggers in this group receive an average of 31.8 million subscribers and 7.2 million views, covering personal vlogs, lifestyle themes, interviews, and humour, while style & beauty vloggers receive about 18.5 million subscribers and 4.8 million views per video.

Are you willing to know a few rough figures of how much your favourite YouTubers earn?

You can check out Social Blade, a website that shows the stats of every YouTube channel that exists with the revenue figures. More than 85% of YouTubers have confirmed the figures to be nearly accurate.

It used to be as easy to make money from YouTube as uploading great videos, gaining millions of views, and receiving a share of advertising revenue. Content creators now have access to different ways to monetize their content. It may include corporate sponsorships from a big company, fan funding or product sales, in addition to the advertisement.

Some of them are described below for you:

By far the most common money-earner is through AdSense earnings. It is unlikely that you’ll be able to even think about merchandising, sponsorship, subscriptions, or even successfully build up as an affiliate until you build up your numbers to the point where you get a decent level of advertising revenue. The first way YouTubers make a profit is through ads. It used to be a larger part of the pie, but it has become less lucrative as time has progressed and as YouTube has evolved.

The YouTuber can get paid a certain sum of money per every thousand impressions of the commercial played per video; these can be in the range of one dollar to five. These have recently decreased, and YouTube still takes 50 per cent of the total revenue generated by advertising. A million views on a video could translate to anything from $1,000(£750) to $5,000(£3,700) with a bit of basic maths.

Supporting affiliate programs can be a big earning incentive for websites that offer in-depth workshops as well as informative product reviews. For example, you will start earning commissions if you suggest a product and a user visits your connection to purchase it. In the first few lines of your description, you can place these links and talk about the product in your video.

For fashion and beauty bloggers, this is particularly important. It is because in their post, by way of endorsing them, the YouTuber could refer to particular items. They not only showcase what they love, but they get a 5-20 per cent kickback on that as well. It is essentially a thank you for telling people about it from the brand. So, if you click on an affiliate link to buy a product suggested by a YouTuber, they are likely to get a commission from it.

YouTubers make the most money through Brand Promotion. Brands reach out to YouTubers and offer them to try out their products and services for free, and ask the YouTubers to talk about their products to their audience. In most brand deals, a YouTuber gets paid according to the number of subscribers, engagement and popularity. Your monthly AdSense can be paid twelve times; that sounds unreal, right? These deals start from as low as Rs5000 and can go as high as Rs 7 Lakhs.

If you’ve built a follow-up of loyal fans, inviting them to fundraise your channel can help you finance your new videos and make a profit. A platform like Patreon introduces more smoothness in the process of getting paid for your content. For as little as a dollar, your fans can make subscriptions to their favourite channels, and even go home with some exclusive rewards from their absolute favourite content creators. Tipi is also another provider that provides excellent a combination of recurring and one-time donations.

For-profit and non-profit channels are trying to leverage this fan-funding with their viewers to keep their video operations running smoothly. As long as your content is intriguing, exciting, or value-added, you would be astounded as your viewers open the way of generosity.

You need to step up your game and maximize YouTube SEO for video creators who haven’t built a significant follow-up yet. To do that, do research online as you would usually do–but think a little differently about what people are looking for on YouTube. Next, make sure you use high-value keywords in your title tag, description, and video tags. Once launched, you can check your “Traffic Source: YouTube Search” report on YouTube to see what people are looking for when they find your videos. Generally, Google provides video results for keywords on how to do, reviews, tutorials, and funny video terms.

There are also five key YouTube SEO ranking factors to be considered:

• All the comments on your videos

• Number of subscribes after watching a video

• The length of the video

• Click-through rate on the results of the YouTube search.

YouTube partners can sell approximately 12 or more merchandise items to their audience by enabling this feature in their accounts. Jeffree Starr has sold loads of lipsticks, highlighters, and eye shadow palettes to his fans, which helped him earn millions.

Even after all these practices, there are several revenue generations challenges that YouTube video creators face. The median cost per thousand (CPM) ad rates charged to advertisers was only $10 at the end of 2018. Because creators are paid only on a legitimized basis, and not on a total basis, the effective CPM they earn can be much lower.

YouTube Red allows users to pay $9.99 for an ad-free YouTube view. Without any ads, content creators can still create money and make 55 per cent of their revenue based on viewing time. There are mixed reviews of whether YouTube Red fluctuates CPM rates. With YouTube Red, your watch time is crucial, so check your YouTube Analytics to see statistics like watch time and video engagement.

It’s getting harder to make money, as ad revenue can vary from $0.35 to $5 per view, with the fair guess being $1 per 1,000 views. The profitability of your channel is linked to both your viewpoint and your niche. YouTubers in high-profile niches such as listicles, news, celebrity gossip, makeup, and beauty, and popularity are quickly losing revenue with millions of views.

Top YouTubers like Logan Paul and PewDiePie bring millions of dollars per year by commercialising their channels. Whether they’re analysing and playing video games or creating relevant content, these YouTubers have put a tonne of work into increasing their viewership.

Ultimately, innovative and quality content is what matters to keep your viewers entertained and make the videos worth their while.

17 Most Expensive Cars in the World