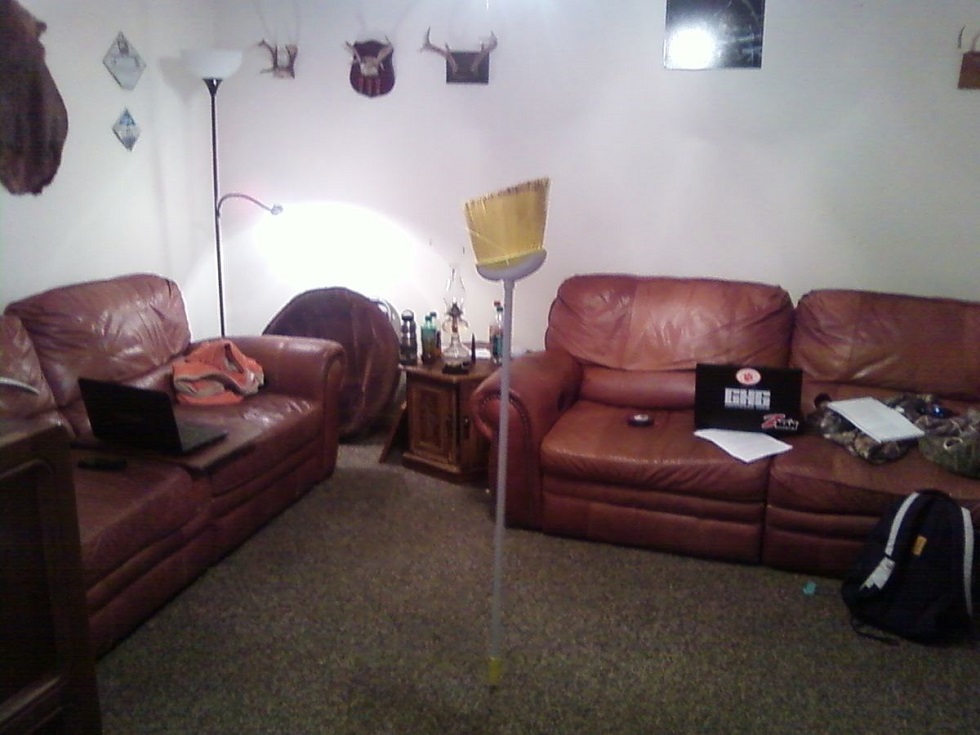 Yesterday, while scanning through your social media account, you must’ve noticed myriads of videos with broom standing up. From Twitter, TikTok, Facebook to WhatsApp status; such videos and images were almost everywhere. Even many celebrities gave it a try and #BroomChallenge was trending on twitter.

A host of users even showcased their creativity with the broomstick. Many users danced with the standing broom making it their pole. Numerous people added quirky sound effects to make the video humorous, while many users converted the video into a ghastly clip showing evidence of broom to be held by ghosts. Even well-known personalities uploaded their versions. Fifth Harmony fame Ally Brook, Paula Abdul and Colleen Ballinger are among few celebrities that took #BroomChallenge and made it a trend. And, we all enjoyed all those versions.

But, how did this happen? Is it a reality or just another social media hoax? We’ll get into the details in this post.

Let’s begin with the basics first!

How this story of ‘broom standing up’ came into the picture?

It all started with a social media post that got viral. The post said that NASA (National Aeronautics and Space Administration) has given out an official statement that a broom would be able to stand upright on 10th February 2020 because of special gravitational pull on that day. According to the post, NASA confirmed that there would be a perfect balance on earth’s rotation, which will allow a broomstick to balance itself and stand up. This message spread just like a forest fire and you could find it in every other post. The basic premise behind the claim of broom standing up was a gravitational trick that works only on some days; 10th February is one of them.

Is it for real? Well, the videos posted by people on 10 February showed that the claim was 100% genuine. However, reality differs from it.

Many experts and scientists reacted to it by saying that gravity isn’t a magic spell that would work only on an auspicious day, but it’s a scientific phenomenon that is omnipresent. Furthermore, any such statement was not available on NASA’s social handles and on enquiring, NASA even refused from giving the aforementioned statement. So it can be ascertained that there is nothing special regarding claims of broom standing up on 10th Feb 2020.

What about those viral videos? How the broomstick shown in videos was standing on its own? Let’s find out!

Well, this viral notion stems from age-old myth according to which eggs are able to stand upright by balancing on their ends on the equinox. Every year, there are two days when daylight hours are equivalent to nighttime hours and this is termed as the equinox. Hence, there are two equinoxes: spring or vernal equinox around 20th March and autumnal equinox around 22nd September each year.  For many years, we’ve heard rumors related to eggs standing on their own, which usually makes way around the equinox. This year, the rumor took a different form and broom came into the picture. Many people claimed in social media platforms that the phenomenon of ‘broom standing up’ has connotations with the equinox. This rumor is totally baseless as even the date of the equinox is wrong (it isn’t 10 Feb but 20th March).

The scientific reason behind broom standing up

The phenomenon of broom standing up has nothing to do with earth’s gravitational pull, moon’s pull or equinox. However, there is a scientific reason behind it. According to science, broomstick has a low center of gravity. This property facilitates it to balance on its bristles and stand upright. Now, this isn’t something that’ll happen in a single special day, but it can happen every single day.  Even you can give it a try. For this, you just need to follow a simple trick. Just remember: the brooms that have wide brush can stand upright and this has nothing to do with earth’s gravitational pull or location. So you should buy a broom with a wide base. To make your broomstick stand up on its own, all you have to do is adjust its bristles so that the broom is positioned like a tripod.

What did scientists and experts say about it?

Different scientists and researchers have reacted to this rumor in their way.

Are you eager to try #BroomChallenge? If so, then here are few tricks to follow:

Firstly, you should take a broom that has a flat bottom. The broom can be straight or angled and it should have stiff bristles. Next, you should try to stand the broom upright, such that its bottom lies flat so that you can balance it. Some brooms will be able to stand up immediately after this step. However, it varies from a broom to broom and depends on factors such as dimensions, weight and center of gravity of each. Next, you should try pushing the broom downwards while forcing the bristles to spread evenly.

After that, you’ll have to gently let up the pressure such that the broom can be balanced as soon as you release it. Some of the bristles will contract and some will spread thereby creating a stable base that facilitates broom to balance itself and stand. So, this was the trick to make a broom stand. This trick works with most of the brooms and it will generally work with any broom. So you can try it at home.

NASA’s broom story in the past

If you think that this story of broom standing up and its relationship with NASA is new, then you are wrong! Such claims have made their way on the web every now and then, especially during vernal or spring equinox. Before this, the story got viral in the year 2018. It was also a trending story of CNN in the year 2012. In the story, CNN explained that it’s simply a myth and a broom can stand up not just on any special days but on every single day.

So, this was all about the myth regarding broom standing up on its own. I hope now you have a better understanding as to why and how this happens.