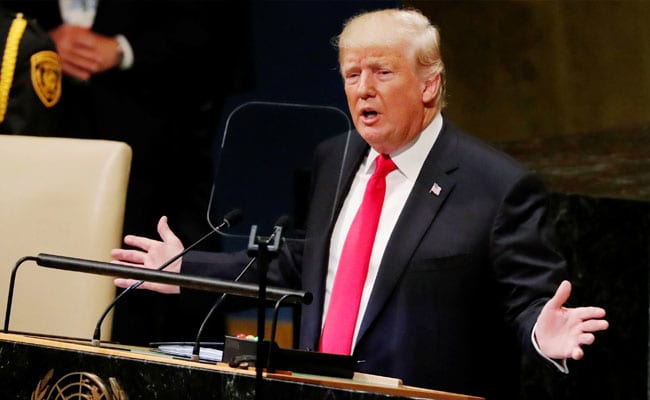 The United States Honorable President Donald Trump is looking forward to planning a visit to India. However, the timings will be depending on his other schedules and commitment. This was said by the senior State Department official.
The Principal Deputy Assistant Secretary for South and Central Asia Alice Wells said that he is certain that the President of United States is looking forward to being able to visit India at an appropriate time.
That appropriate time can be January 26, as that is the Republic Day of India. The Indian Prime Minister Narendra Modi has invited Trump to be as the chief guest at the Republic Day celebration next year.
However, it has not been decided that whether Trump will visit India on the Republic Day celebrations or would schedule his visit for some other time. Alice said that different schedules, meetings, and visits of President will be decided by White House taking into account both the domestic commitments Trump has here in the US as well as overseas.
Alice Wells pointed out on the steady stream of the United States officials who always give a visit to India as a sign of the close tie relationship between the two countries at the official level.
As someone who is helping in the management of India relationship, It is amazing that the number of cabinet officials and high-level visitors that we have in India every month of the year, she said.
This also reflects the density of the ties between our countries that we have over 40 major dialogues that have taken place between our different departments and government agencies.
Prime Minister Modi first met Donald Trump in Washington, the year was 2017. After that, they have met at numbers of other multilateral meetings as well.
The center of the Republic Day celebrations is the military parade and Trump has been a longtime fan of such parades and even wanted the US military to have one too. While such kind of massive parades is held globally across the world as a part of the power and patriotic celebrations, US does not have any such kind of annual celebrations where parades are held.
However, this time on Trump’s suggestion a parade was scheduled for November on Veterans Day, which honors the former servicemen, and from this year it would coincide of the conclusion of the First World War.

Kamala Harris’s Mother and Kamala’s Love for Food. Her Life and How Her Uprbringing Made Her Into What She Is Today