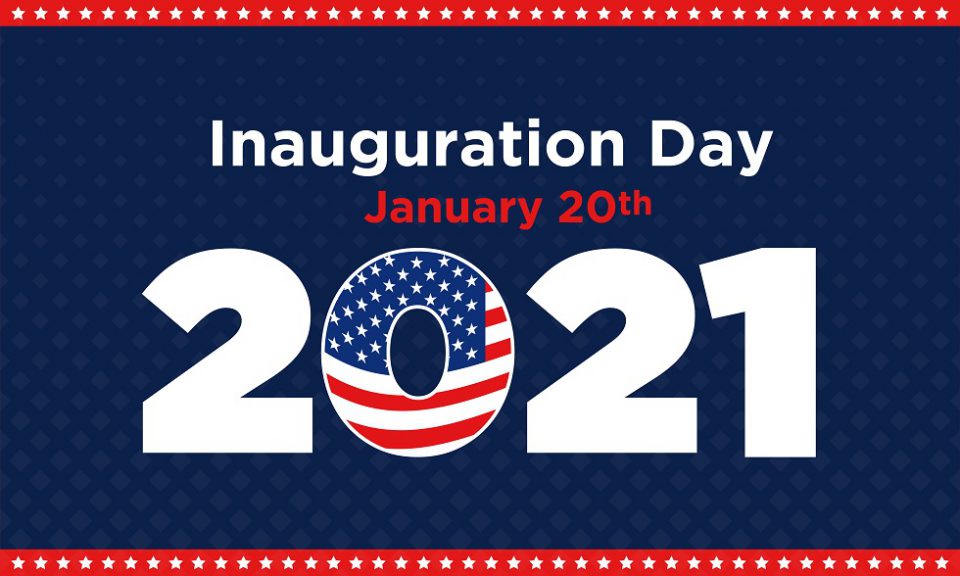 Some pretty great events occur every four years, the Summer Olympics, leap year, the world cup and the United States’ Presidential Inauguration. It might not be as exciting as the world cup or the Olympics, but it is a big deal for Americans. The day is filled with parades, musical performances and ceremonies in Washington DC. Some people cheer, others don’t. (this time , the Conservatives).

Congratulations America! You got a new president. But, the new President is not official until the Inauguration Day at noon on January 20th. Since 1937, Presidential Inaugurations have taken place on January 20th after the election. However, from 1793 to 1933 ceremony occurred on March 4th. (Fun fact: The constitution officially took effect on March 4th 1789). The 20th amendment to the constitution officially moved the day up to January 20th, to prevent the lame duck President from hanging around in the office for too long.

When George Washington was elected the President, he recited the oath of the office, kissed the bible and ended the evening with fireworks in New York. That is where the capitol was at that time. Thomas Jefferson was the first President who was actually inaugurated in Washington DC. He walked in his inauguration and for the first time, the Marine Band played during the day. He is also known for welcoming people to the white house in slippers, so that is pretty cool #YOLO.

There was one more President. Mr. Franklin Pierce. He was the 14th president of the United States. He chose to “affirm” rather than to “swear”. The reason for him doing so was the sudden demise of his beloved son. His son, passed away 2 months before the Inauguration day. His name was Benjamin and he was only 11 years of age when he met with an accident while he was travelling in a train. Pierce took his son’s demise as a punishment for his own sins. That was the reason he chose to “affirm” over “swear”.

What happens on the Inauguration Day?

Traditionally, the Presidential Inauguration begins with a worship service. From there the President and Vice President, travel to the Capitol building, where the Inauguration Ceremony will take place. Once they arrive, the Vice President is sworn in. Then, the moment we have all been waiting for, it all begins with the Chief Justice of the Supreme Court swearing in the new President. The Presidential Oath of office goes as: “I do solemnly swear that I will faithfully execute the office of President of the United States, and will to the best of my ability, preserve, protect and defend the Constitution of the United States.” The new President then gives the inauguration speech.

On this occasion, the band plays, “Hail to the chief” and then there is the moment of the day, the Inaugural speech of the newly elected President and believe me fellas it always starts with “MY FELLOW CITIZENS…..”. Now this speech has an importance of it’s own. Why? Well because this is the speech which sets the tone for the upcoming term. And if the speech is right and on point, it can inspire generations. For example: During his second inaugural address Mr. Abraham Lincoln sought to stitch the nation back together and he said, “WITH MALICE TOWARDS NONE, WITH CHARITY TOWARDS ALL…… LET US STRIVE ON TO FINISH THE WORK WE ARE IN, TO BIND UP THE NATIONS WOUNDS”. Sadly, he was assassinated barely a month later. And there was John F Kennedy, who passed the torch to the new generation when he said, “ASK NOT, WHAT YOUR COUNTRY CAN DO FOR YOU. ASK WHAT YOU CAN DO FOR YOUR COUNTRY”.

Franklin Delano Roosevelt’s speech consisted on only 559 words and it lasted only for 5 minutes. William Henry Harrison on the other hand talked for a whopping 1 hour and 55 minutes. In freezing weather. Without a coat. Or hat. Yeah, he died a month later. Cause of death? You guessed it right. It was pneumonia.

In the afternoon, come the parades. It is tradition for the President and Vice President to process down Pennsylvania Avenue and view the parade from the presidential reviewing stand.

After the speeches and the parades, the day ends with an inaugural ball. People dine and dance the night away in these lavish soirees. The tradition of this inaugural ball was started by President James Madison and his cheerful wife Dolly. Tickets were only $4 at that time, Sweet! While all this is going on, the White House goes through a complete transformation. In just a few hours, all the belongings of the former President are moved out and the new President’s furnishings are moved in.

By the end of the day, when the new Commander in Chief walks into the White House, it would seem like they have always been there.

5 Fun Facts about the Presidential Inaugurations:

Joe Biden Has Suspended All Defence Deals With Saudi Arabia. What Is Joe Biden’s Strategy for the Middle – East? Is This the Beginning of the End of Us – Saudi Good Faith Relations?

Avoid These Five Mistakes as a Trading Beginner!