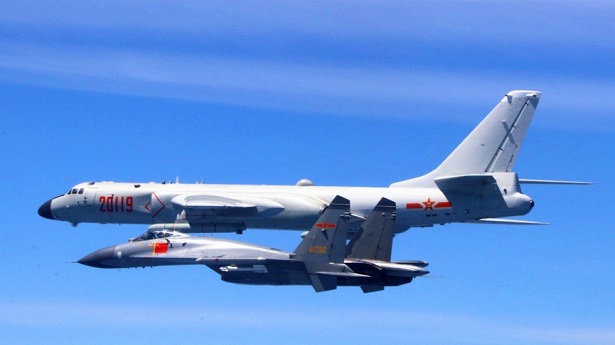 Well! Just now the news has popped up stating China’s military is under strict training for strikes against the US and its allies in the Pacific. As per the annual report sent to Congress, China is working on increasing its ability to fly bombers planes further afield. Along with this, China seems to be expanding its military capability and is spending around $190 billion on doing so.

Is That all? No Definitely not, Here is more…

This warning of air strike is not all that Chinas military is planning and is just one part of the complete assessment. Over the past three years, the PLA that is People’s Liberation Army has been continuously expanding the overwater bomber operating areas to gain experience in critical maritime regions and getting warmed up for strikes against the US and its allies. With all this going on, media sources claim that they have no clue on what they are planning to show with these flights.
China when asked about this said, they are restructuring its ground force to enable the military to “fight and win”.
The authorities added that the purpose of this training is to reform the military to become more mobile, lethal and modular from the core. The military budget in China is expected to expand to $240 billion over the tenure of next 10 years.

China seems to be ignoring the public stance against the militarization of the space. It was in June when President Donal Trump announced his intentions to set up a 6th branch of the US armed forces – space force. It seems China has taken it quite seriously.

The Increasing tensions for the US

It has come to light that the US authorities are worried about China’s growing influence in the Pacific. According to the latest update the most high-profile area – the South China Sea is already claimed by China along with other countries. It also seems like China is continuously putting in efforts to expand military facilities on the islands and reefs in the vicinity. During their exercise, they have managed to land the bombers on the outposts successfully.
The document is passed warning that China is preparing for the contingency to unify Taiwan with China by force. The report states, if the US intervenes between their plan, China would try to delay effective intervention and seek victory in a limited war of short duration.
This is not all, there are tensions in the non-military sphere. As per the report, the US and China have announced tariffs on a range of goods belonging to each other.

Enjoy the Buzz Without the Guilt: Best Low-Sugar Wines Club

Sun Basket vs. Blue Apron: Which Meal Kit is the Best?