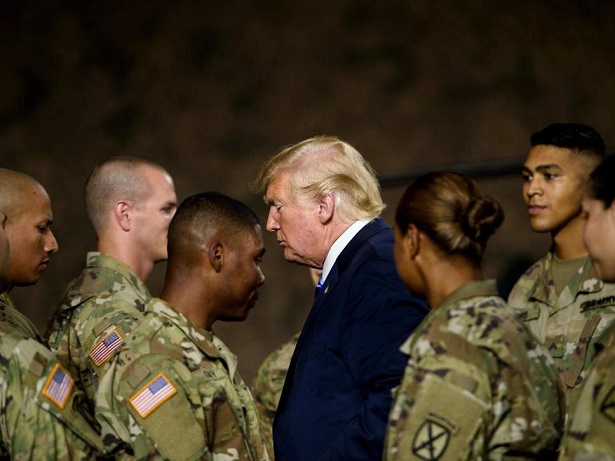 It has been floating around the media news that President Donald Trump has been planning for the Veterans Day military parade through the streets of Washington. Unfortunately, this plan has been delayed until 2019. Mr. Trump came up with this idea after being impressed by France’s Bastille Day parade that he saw when he visited there in 2017.

What are the plans of Mr. Trump with this parade?

Before moving on to what led to the postponing of this parade, let us take a glimpse of what the President Donald Trump have suggested of this parade. As per what media sources have been suggesting, during this parade, the military will march from White House to the Capitol and would feature a heavy air component at the end of it. As per the reports, the focus of this was actually to be on the work that the US military veterans has been doing through ages starting from the American Revolutionary War.

What is the issue?

As per the latest reports, the idea of parade put forth by the President, Donald Trump was postponed due to financial reasons. It was calculated that this parade suggested by the President might cross $90 million of expenditure. According to the latest update, the Pentagon spokesperson mentioned that the department of defense along with the white house have agreed to postpone the idea of the parade until next year.

The budget expectation of the parade

As per the updates, the parade’s budget director estimated the cost of this parade to be nearly between $10 million and $30 million. Contradicting to these numbers, White House announced a different estimate of their own. This new estimated cost crossed $90 million.
It was just after the plan was announced that the city’s governing district of Columbia Council stood against the idea speaking aloud of its discouragement on Twitter. They were not the only one who stood against this idea. As per the updates, the congressman Jim McGovern also tweeted a statement mentioning “it is an absurd waste of money”.
Presently, the news is that the idea of the parade has been postponed until next year.

China Busy Training For Strikes on the US? Know the Complete Story!