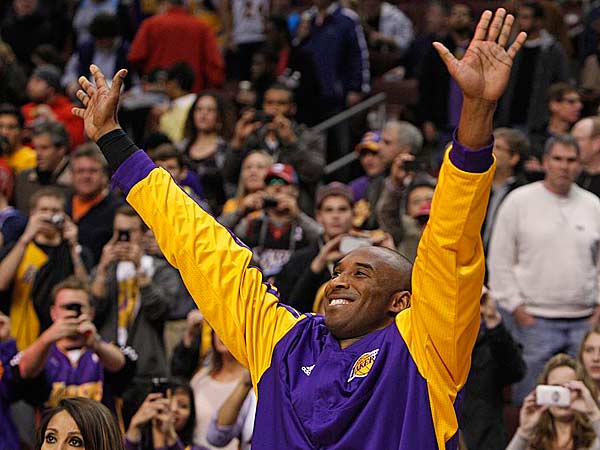 Kobe Bean Bryant is one of the greatest basketball players to ever play the game. While his skill and on court abilities are undeniable, his style of play and particular tendencies have also turned him into a polarizing figure of sorts. There are numerous Kobe Bryant superfans who won’t accept any player’s greatness over Bryant’s. So intense is the love and support for their beloved NBA superstar that some of them (allegedly) went and defaced many freshly painted LeBron James murals across Los Angeles. Lakers team owner Jeanie Bus went on to promptly claim that anyone who defaces a LeBron James mural can not claim to be a Lakers fan.

On the other side of such love, support and devotion, are basketball fans who believe that Kobe Bryant was a scoring-oriented selfish player who didn’t really help make his teammates better. His proclivity towards taking a large amount of shots in the game has caused the internet to be flooded with memes mocking that particular aspect of his game. It’s safe to say that while Kobe Bryant is inarguably great and has a large number of admiring fans, he also seems to have a large number of ‘haters’.

To celebrate the 40th birthday of this amazing basketball player, NBA TV is going to run a ‘Kobe Marathon’ on its airwaves on the 23rd of August. Whether you love Kobe Bryant or love to hate him, you should definitely catch some (if not all) of these features. Here’s the schedule, via NBA.com (Pacific time):
3 a.m. — Rookie Kobe soars to the Slam Dunk Contest title in Cleveland. (Also airs at 9:30 a.m.)
3:30 a.m. — Nineteen-year-old Kobe scores 33 points in a duel with Michael Jordan (36 points).
5:30 a.m. — Bryant scores 18 points in his very first All-Star Game.
7:30 a.m. — Kobe pours in 28 points, including several clutch overtime baskets, in Game 4 off the 2000 NBA Finals.
10 a.m. — Bryant erupts for 48 points and 16 rebounds to eliminate Sacramento in the 2001 Western Conference Semifinals.
12 p.m. — Kobe scores 81 points in a single game — the second-most in NBA history.
2 p.m. — Kobe puts up 32 points in an overtime win over Orlando in Game 4 of the 2009 NBA Finals.
4 p.m. — Bryant’s interview with Ahmad Rashad. (Also airs at 9 p.m.)
5 p.m. — Kobe sits down with Shaquille O’Neal to discuss their time as teammates. (Also airs at 10 p.m.)
6 p.m. — Bryant scores 60 points in the final game of his career.
In case you don’t have access to NBA TV/don’t have time to watch anything/prefer reading stuff, this post has got you covered, here are some facts about Kobe Bryant that you might find interesting: