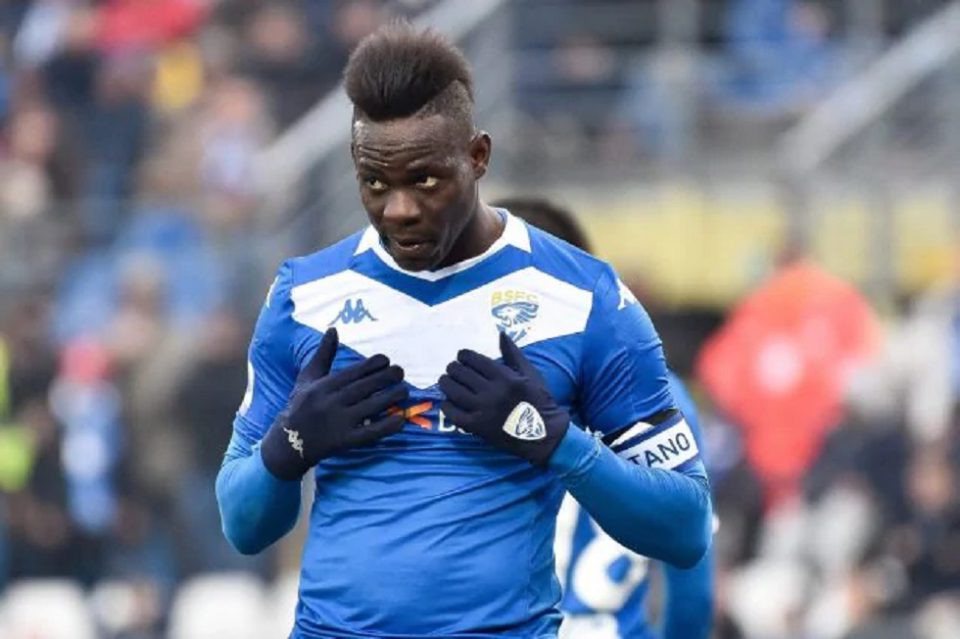 Mario Balotelli is one of those notorious “could have been” stories in football. You know, those “oh, the things he could have done had he stayed focused on football” types.

The eccentric Italian marksman was well on his way to becoming a world-class player. But, off-pitch controversies never stopped chasing him and ultimately derailed his career.

This piece will focus on some of the craziest things the former Liverpool and Man City ace did outside the football pitch. Some of these might sound too ridiculous to believe, but trust me, these happened in real life!

Manchester City had fined Balotelli for one of his absurd pastime activities. Sometimes, when he felt bored, he would throw darts at Man City youth players through a training ground window.

The youngsters failed to see the funny side of it and reported him to club officials. As a result, Balotelli had to give up a week’s salary, which was equivalent to £100,000.

Cheating On A Girlfriend While She Was In the House

Mario Balotelli has dated countless women ever since he became famous. So, it is pretty obvious that there would be some weird stories about Mario Balotelli’s wife and girlfriends.

Here is one of the most peculiar Mario Balotelli girlfriend incidents that come to mind. Supermodel Chloe Evans revealed that she had a fling with Balotelli in 2011 when the footballer was seeing another woman.

Balotelli was dating another model back then; Raffaella Fico. Fico, who is the mother of Balotelli’s daughter, and the former Italy international was going through a turbulent phase in their relationship at that time.

Here come the bonkers part-Balotelli had sex with Evans in his house while Fico was asleep in the other bedroom of the house! No wonder she was furious after she found out about Balotelli and Evans.

Roberto Mancini was fed up with Balotelli’s disciplinary issues at Man City. But, the Italian tactician knew exactly what he was getting into when he had brought his compatriot striker to England from his motherland.

Balotelli had nurtured a “difficult-to-handle” image during his Serie A days. But, Mancini felt he could unleash the potential in him and make him a more responsible figure at the Etihad.

While Mancini did no mistake in identifying the talent, he was wrong about being able to instil discipline in him. He continued to make the headlines regularly for reasons that barely had anything to do with football.

In 2012, Balotelli made a mockery out of City’s pre-matchday curfew and sneaked out of the hotel to visit a strip club. The Citizens were due to play Bolton in the Premier League the following day.

As usual, Balotelli paid out a hefty fine to atone for his “mistake”. But, a £250k ($400k) fine did little to set him straight. The incident pushed him further towards the exit door at Man City.

However, not all of these stories are shrouded in negativity. In 2010, a young kid asked for his autograph. While granting the child’s wish, he asked him why he was not in school.

The boy said that he was scared to go to school because of a certain bully. Upon hearing this, he drove the boy to school himself and confronted the bully. He even went to the principal’s office to personally talk to him.

Driving Around With Loads of Cash

Manchester traffic police had ordered Balotelli to pull over in 2011, as the former Inter Milan striker was overspeeding in his Maserati. As the police approached the vehicle, they found £25,000 lying on the front seat.

After the police asked why he had so much cash recklessly lying around, Balotelli simply replied: “ Because I can”. A similar incident took place the following year.

This time, Balotelli crashed his Audi R8 near the Manchester City training ground. When the police came to rescue and interrogate him, they found £5000 in his pocket.

Balotelli was excellent in Manchester City’s FA Cup final victory over Stoke City. He scored the only goal of the match and received the man of the match award.

Perhaps, he got a little bit carried away by this. When the interviewer had asked him whether he thought this was his best performance of the season, Balotelli responded with a word bomb!

To this day, Mario Balotelli remains a colorful character. His whimsical personality barely keeps him out of the limelight. But, it also kept him from fulfilling his potential as a footballer.