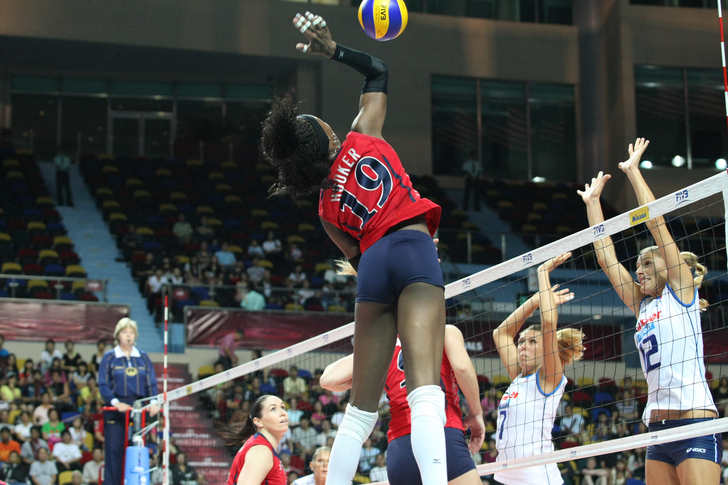 In 1883, a 25 year old catcher from the Buffalo Bisons of the National League stepped up to bat seven times. In those seven appearances, he recorded zero base hits, struck out four times and walked just once. He never played in the majors again. That man’s name, was Tony Suck, yes, and like his name, he really sucked at baseball. He only had a batting average of .157, 29 errors and negative 1 wins above replacement.

Over the course of history, some professional athletes have managed to escape the humiliating shadow of their own name and emerged on the absolute top of their game, gaining a lot of popularity in the process (NFL legend Dick Butkus and MLB legend Johnny Dickshot come to mind).

Today, we will take a look at some the most ridiculous athlete names in history. These are names which make you want to grab the parents by their neck and ask them, did you even say this name out loud before deciding to put it on your child’s birth certificate? Warning: Some of these names could sound offensive to the sensitive folks, so a sense of humour is advised. Also, while it might sound like that, these are actual athletes, not characters from an Austin Powers movie.

Russell J. Kuntz, better known as Rusty Kuntz hit the deciding RBI in the 1984 World Series to take the Detroit Tigers to the Championship. Although Kuntz’ playing career dried up after just six years in the majors, he had a resurgence through a long stint as the first base coach between 1987 and 2017. A former Kansas City Royals manager went on to call Kuntz the ‘best first base coach ever’. Which is kind of puzzling, because with a name like Kuntz, shouldn’t he be better at guarding third base?

Kuntz also helped coach the Royals to a World Series victory in 2015. According to Kuntz, his name is supposed to be pronounced as ‘koontz’. However, accents and pronunciations vary across the globe so we will stick with the one that makes us laugh.

Couto, a Brazilian footballer who plays striker for Santa Cruz FC, must be the unofficial president of the ‘I Hate Hippies’ association. Not a single day would’ve gone by in his life where he would’ve wished that his parents did a little less acid in the 70s. In case you were wondering what his parents’ favourite band is, it’s definitely not Abba. This (un)fortunate son goes by the name Paulista in the Brazilian football circles and probably wants to bury his head somewhere in the bayou, every time somebody talks about his official name.

Who is the man with the most devastating forehand in table tennis? You guessed it, it’s Chinese superstar Wang Liqin. When the balls need to meet the paddle, there are very few who are better. At 6’1″, he is taller than most table tennis players and definitely bigger than most Wangs. Name jokes aside, he won a gold medal at the 2000 Sydney Olympics, proving that a lot of Wang Liqin, truly goes on in the olympic village.

Some unfortunate women find themselves on street corners at the middle of the night because of circumstance, but for others, it might just be their ‘Destinee’. This 6’5″ (without heels of course) athlete seemed destined for a successful career in basketball. However, she ended up hooking shots as an outside hitter for Texas Volleyball and eventually went on to have a 5 year stint with the US national team. Some people can overcome the predetermined fate of their own ridiculous names, as proved by the career path of one tall Hooker.

The late, great Dick Trickle had an illustrious NASCAR career which lasted, lasted, and just kept on lasting for decades. Whether he came in  first, came second, or just came a little bit, Trickle was always able to finish in the top ten, 36 times in total! The fact that he could finish at all under that kind of pressure, is surely an achievement worth standing up for.

This baseball player’s highly unfortunate first and last name combo didn’t stop him from playing the MLB for six seasons. Pitching for both the Red Sox and the Mariners. He had a pretty limp record though, finishing his career with a 25 and 37 win-loss statistic.

Let’s not mince words here, giving your daughter a name like Misty Hyman is borderline sexual harassment. What kind of sick parents would willingly subject their daughter to a lifetime of ridicule? As if the surname Hyman wasn’t ridiculous enough, they chose to call her Misty. Luckily, Misty Hyman overcame the tongue lashing of all high school bullies and became an Olympic swimmer, specializing in the butterfly and backstroke. She won a Gold medal during the 2000 Sydney Olympics and went on to become an assistant coach for the Arizona State University’s swimming team, ushering in a tradition of winning that nobody wants to break.

Do you have bruising, arthritis or joint pain? Don’t worry, just put some Bengay on it. No, not the famous topical heat rub, but former Cleveland Browns running back Ben Gay. He played just one season in the NFL, rushed for 172 yards and scored a touchdown in 2001. Unlike Bengay, which can be found across all medical stores in the US, Ben Gay can only be found in a Cleveland Browns jersey.

Ok, this name has enough comedic value by itself that it doesn’t need any further elucidation. So here are some cold, hard facts. Dick Paradise played defenseman for the Minnesota Fighting Saints of the World Hockey Association. Most people might think of the Playboy Mansion when they hear the words ‘Dick Paradise’. However, true ice hockey fans know better, they just do.

Another case of a stupid name which is borderline sexual harassment. Imagine being introduced by your friend to a group of guys. Hey guys, these are my friends Lisa Leslie and Dewanna Bonner. That can’t end well for anybody in that conversation.

She was selected 5th overall in the 2009 WNBA draft by the Phoenix Mercury. And like the mercury on a hot Arizona day, Bonner just kept rising and rising, reaching the top with an All WNBA First Team selection in 2015. While Dewanna Bonner sounds like something Bart Simpson would say, her play on the court has proven that as far as Bonners go, the Phoenix Mercury grabbed the right one.