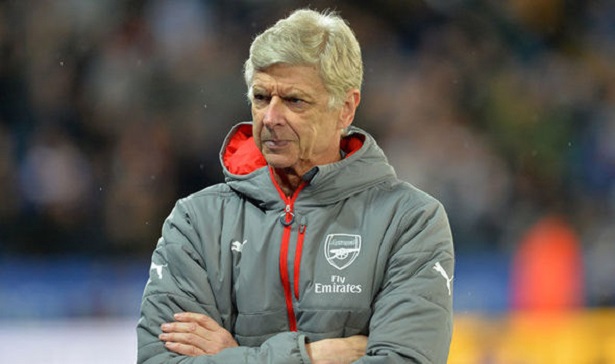 Outgoing Arsenal manager says that in order to make it to the apex of football management, he has had to hold back his “animalistic” instincts.
With his largely glittery career at the North London Club coming to an end after 22 years, the Frenchman said that he realized at an early age in his career that in order to survive at the job, he had to control his passion.
Speaking ahead of his final game against Huddersfield on Sunday, Wenger stated that there is a long learning curve before an individual learns to control who they really are.
He also admitted that it feels “strange” to be leaving a club that he has served for more than two decades.
Meanwhile, media reports claim that Arsenal have edged closer to naming their new manager, after cutting their shorlist of potential recruits to just three managers.
According to The Sun, the names being considered are Juventus manager Massimiliano Allegri, Mikel Arteta, and former captain Patrick Vieira.
Allegri is presumably the top candidate to replace the departing Arsene Wenger, but his future at his current club is far from clear. Addressing the media following his team’s triumph in the cup final over rivals AC Milan, he hinted that his future could still be in Turin.
Club owner Stan Kroenke was in London over the weekend, where he held discussions over the club’s future. He is yet to decide whether to appoint an experienced manager or gamble on a young prodigy.

Vieira wanted by Arsenal and Everton

If Arsenal are considering appointing Patrick Vieira as their next manager, they could be forced to fend off interest from Everton.
The Merseyside club spent nearly 100 million pounds at the start of the season, but were forced to replace manager Ronald Koeman with Sam Allardyce after a string of poor results.
Allardyce has since achieved his target of ensuring the club does not get relegated. Despite this, the club’s fans have not warmed up to him.
Speaking ahead of Saturday’s 1-1 draw against Southampton, Allardyce said that fans accuse him of playing negative football, while ignoring the fact that he signed two forwards in Theo Walcott and Cenk Tosun.
Club owner Farhard Moshiri initially wanted Portuguese coach Marco Silva to replace Koeman. But after Silva opted to remain at Watford, Everton were forced to turn to Allardyce.
Until 2016, Farhard Moshiri held a stake at Arsenal. He later sold out to majority shareholder Stan Kroenke.
He is a known admirer of Patrick Vieira, who he sees as the kind of young, dynamic tactician that his club needs.
Vieira currently coaches MLS side and Manchester City’s sister club New York City FC.
The former Arsenal ‘Invincibles’ captain has previously stated his delight at being linked with major European teams.

Common gymnastic injuries and their preventions