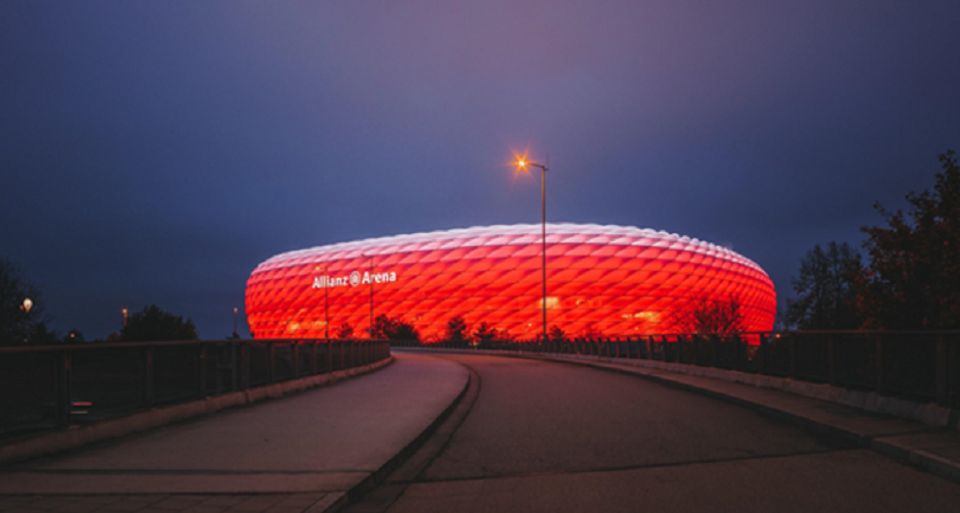 Photo by Herr Bohn on Unsplash

The Euro 2020 is upon us and only the finest and most splendid of football will be displayed during this soccer tournament. Be part of the bone-chilling, hair-raising and blood-curdling never-ending action. Witness your favourite teams dominate or be demolished, at such a competition there is nothing more to expect. Unfortunately, due to Covid-19 restrictions, only a certain number of spectators would be allowed into the stadiums. In addition, not all stadiums will have the same number of spectators, the numbers will differ according to each stadium. The Euro 2020 venues are placed in 11 different cities and below are some of them and the information on whether spectators will be allowed into the stadiums or not.

Wembley stadium has an astonishing carrying capacity of 90 000, but disappointingly during the Euro 2020 the stadium will not be able to carry as much. Attempting to curb the further spread of Covid-19, the British government announced that the stadium will be able to accommodate 10 000 spectators of the possible 90 000. The British government has its football fanatics in mind as they claimed that in due time the Wembley stadium will be able to accommodate 20 000 spectators, that is double the initial number.

The Wembley stadium will be hosting 3 of group D’s matches.  England being part of group D will be welcoming Croatia first, then they face Scotland, and the group stages will be concluded with England going head-to-head with the Czech Republic. The winners of the round of 16 will also go at it at the Wembley stadium.  The stadium will again host both the semi-finals, and the final. If you are in London and have your tickets ready, then you are part of the lucky 10 000 – 20 000 that get to witness and experience these thrilling matches.

During Euro 2020 preps, the Puskas Arena made a ground-breaking announcement. The stadium is expected to carry its maximum total of supporters at 68 000.  With such expectations, the government, together with the Arena, are going to exercise the utmost discretion concerning the health of the spectators and other stakeholders. Spectators are also required to follow Covid-19 protocol as strictly as possible.

The Puskas Arena is expected to host three group games and one last 16 game. The games being featured in Budapest include Hungary hosting Portugal in the first group stage.  Hungarian fans also get to witness the thrilling French players going against their side. The noise does not end there, Puskas Arena will again host the Portuguese side as they go against the French side, then lastly, the round of 16.

Baku has a holding capacity of 68 000, and they’ve announced that only 50% of the stadium will be taken up by spectators. The Olympic Stadium which will host three group stage games and a quarter final gave a green light to supporters from overseas to attend the Euro 2020, only if requirements of a visa and Covid-19 requirements are met.

St Petersburg, like Baku, announced that 50% of the 68 000 carrying capacity of supporters will be present during match days. The Krestovsky Stadium will host three group stage games together with a quarter final, with matches being played with minimum of possible restrictions.  Fans will get to enjoy a great line-up of football with the least imposed Covid-19 restrictions here, thus giving them more freedom to celebrate their favourite teams. We only hope it will be safe to do so.

The very first game of the tournament is said to be starting at the Olympic stadium in Rome with Italy and Turkey going head-to-head. The stadium also has a massive carrying capacity of 68 000 but they’ll only be hosting 25% of the maximum number. Only three games of the tournament will be played here, plus a quarter final match. In the fight against Covid-19 Italy is taking a strong stance in helping curb the spread.  Thus, fans will be in very safe hands.

The National Arena plans to take in 13 000 supporters out of a possible 54 000 capacity.  The stadium is scheduled to host one last-16 game and prior to that, three other groups matches.  The government has said that ticket holders may be exempted from quarantine only if they produced a negative test result of Covid-19 and limit themselves to a stay of only three days.  This gives football fans a chance to enjoy matches with a free conscience from corona.

Disappointingly, some countries such as Spain had to make last minute changes as they announced that they will not be able to host supporters in their stadium. The San Mames was to carry 25 percent of its supporters,initially, but due to a slow drop of the coronavirus  numbers, San Mames will no longer host spectators.

We know that many football fans are pleased about the comeback of this tournament, even though it will not be the same. Remember to stay safe as you go out there to cheer on your team.

Benefits of Having a Fancy Mobile Number