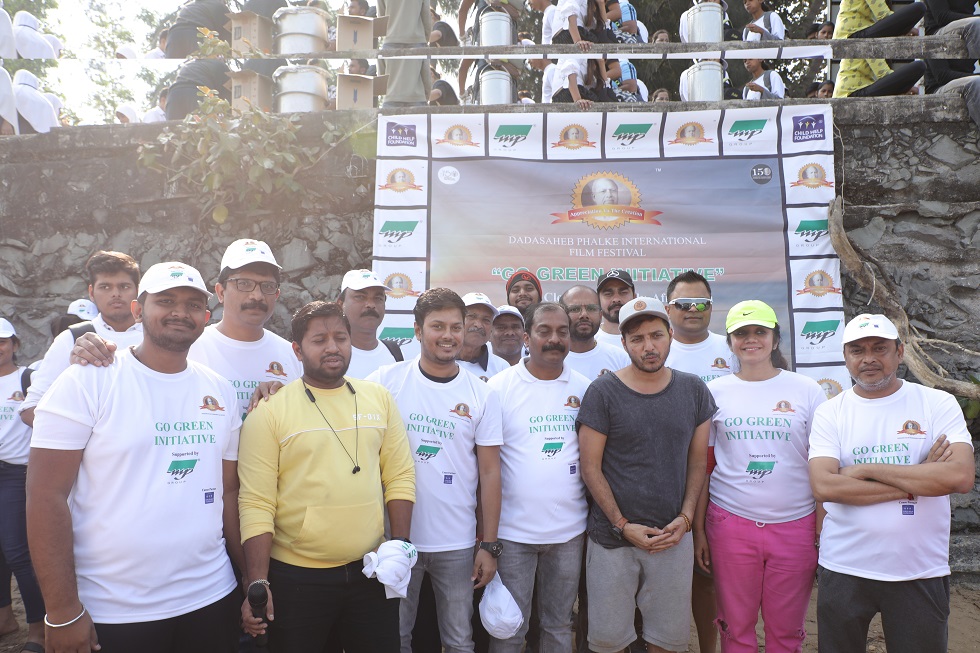 The team of Dadasaheb Phalke International Film Festival (DPIFF) recently began the ‘beach cleaning’ drive to support the go-green initiative. It  witnessed the presence of UN Environment’s Champion of the Earth award winner Afroz Shah, cleaning up the Dana Paani Beach along with other members in Mumbai. Also, in attendance were Consul General of Norway in India – Ann Ollestad, Bigboss 12 contestant Saba Khan, students of different schools and colleges from across the city.

“We are grateful to be joining hands with advocate Afroz Shah for this drive which saves the lives of many marine animals and improves the beach ecosystem. It’s been five years since we have pledged to carry forward this initiative of a sustainable environment and we couldn’t be more thankful for taking this forward with help of our team, partners and enthusiastic volunteers”, said DPIFF’s CEO Abhishek Mishra. A young crowd worked tirelessly to pick up trash under the blazing sun.

Reportedly, the drive was attended by more than 800 volunteers including a large young crowd who worked tirelessly to pick up rubbish under the blazing sun. Interestingly, this initiative was supported under the execution of the child help foundation.

“When we removed the plastic that was stuck on the branches and roots of the Mangroves it felt like we freed them from a bind”, said marketing director Neha Singh.

What to Know Before Buying a House in Another Country