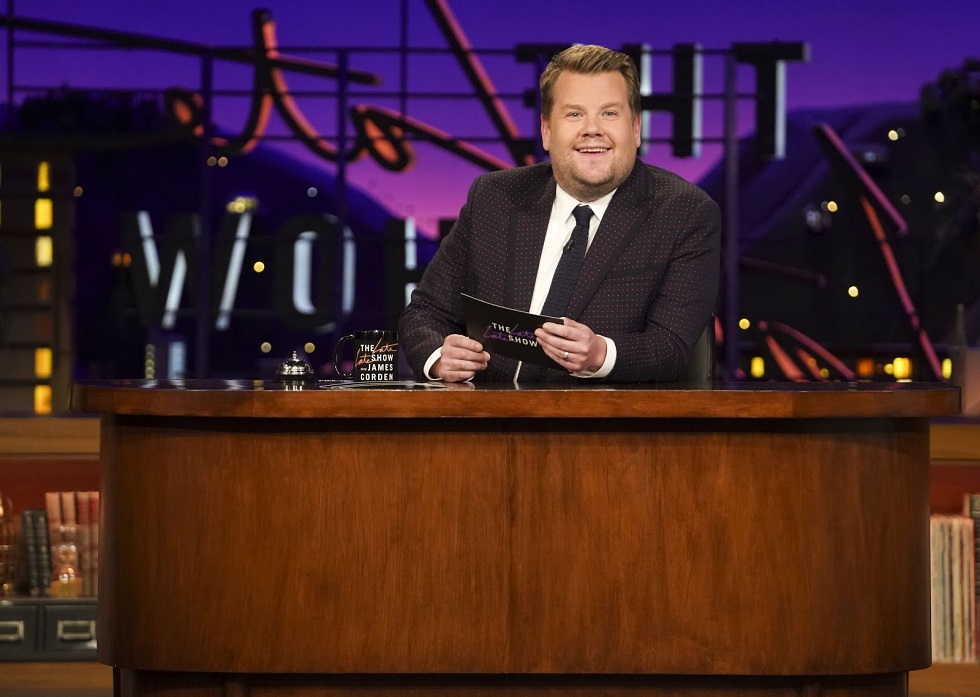 James Kimberley Corden OBE is a well renowned British actor, comedian, and television host. James Corden is most well known as the host of The Late Late Show with James Corden. It’s a late night television talk show which is broadcast on CBS in the United States of America. The show’s YouTube channel also has over 22 million subscribers.

Prior to becoming world famous through his Late Late Show, James Corden co created and co wrote the critically acclaimed and commercially successful British sitcom Gavin and Stacey. He co created the show with Welsh actress Ruth Jones. James Corden won a BAFTA award for the show. The show ran for three seasons between 2007-2010. Jones and Corden also reunited to do a Christmas special in 2019. Here’s what James Corden had to say about Gavin and Stacey: “I’m very proud of ‘Gavin and Stacey,’ but I think I have to write something else even to start to consider myself a writer. Just because you do something once, it doesn’t mean that’s who you are. I played football last night; it doesn’t mean I’m a footballer.”

During the 2010 FIFA World Cup in South Africa, grime artist Dizzee Rascal released the UK Number 1 single, Shout. That song became the unofficial anthem of the English Football Team in the competition. James Corden was featured in the video of that song. James Corden also recorded a duet with famous Australian pop star Kylie Minogue in 2015. The duo covered the famous song “Only You”. While James Corden was appearing on Comic Relief 2011, a UK charity telethon, he created his famous Carpool Karaoke sketch. Within the sketch, James Corden drove around London with legendary singer George Michael and sang a lot of songs in the car. James Corden has also successfully hosted a lot of prestigious award shows over the years. In the year 2009, James Corden also served as the co-presenter of the Brit Awards with Kylie Minogue and Mathew Horne. In 2011 and 2014 he hosted the event by himself. James Corden also served as the host of the Tony Awards in 2016 and 2019. He also hosted the Grammy Awards in 2017 and 2018 James Corden has also presented A League of Their Own, Sky One’s hit sports based comedy panel show.

Aside from presenting the Tony Awards, James Corden has been active in the theatre world as an actor as well. In the year 2011, James Corden played the leading role in the comedy play One Man, Two Guvnors. The play had a very successful run. It transferred from the National Theatre to the West End, eventually ending up on Broadway. National Theatre Live also cinecast the play worldwide. James Corden won the Tony Award for Best Actor in a Play for his performance during the Broadway run of One Man, Two Guvnors. James Corden was also awarded the BAFTA Britannia Award for British Artist of the Year. As a result of his incredible success in a variety of fields, James Corden’s net worth as of 2020 is $12 million.

James Corden: Net worth and career

When was James Corden born?

James Corden was born on August 22nd, 1978. James Corden was born in the town of  Hillingdon, London. James Corden’s father’s name is Malcolm Corden and his mother’s name is Margaret Corden. Even though James Corden was raised in a Salvation Army Church, he has stated he doesn’t identify as a Christian any longer. James Corden’s father is a former pilot of the Royal Air Force and his mother is a social worker. Here’s what James Corden said about his parents and his childhood: “It’s a tough one for me, politics. I grew up in a house where my father is a Christian book salesman and a Tory, and my mum’s a social worker. So I can always see the benefits of both arguments.” His parents are very famous for appearing in numerous special segments of The Late Late Show with James Corden, most notably during the England games of the NFL.

James Corden spent the majority of his formative years in Hazlemere, Buckinghamshire. James Corden also has two sisters. They are also famous for appearing on a Late Late Show special segment centred around the NFL England games.

Where did James Corden study?

Corden began his career by playing small roles in several TV shows such as ‘Boyz Unlimited’, ‘Teachers’, ‘Hollyoaks’, ‘Little Britain’, and ‘Dalziel and Pascoe’. He also made appearances in films, such as ‘Whatever Happened to Harold Smith’ and ‘Curse of the Gods’.

James Corden rose to fame with his role in the show “Fat Friends”. The popular English drama series aired on ITV for the first time in the year 2000. Even though Fat Friends wasn’t a major commercial success, it was critically acclaimed. After becoming popular through his role on Fat Friends, James Corden also went on to appear in movies like ‘The History Boys’, ‘Started for Ten, and ‘How to Lose Friends and Alienate People’.

2010 onwards, James Corden started serving as the host for the British sports based game show “A League of Their Own”.  During the same year, James Corden also had a supporting role in the American adventure comedy flick, Gulliver’s Travels.

In 2011, James Corden also played the lead role in ‘One Man, Two Guvnors’, a highly successful and critically acclaimed play. Over the next few years, he appeared in films, such as ‘Begin Again’, ‘Into The Woods’, ‘Kill Your Friends’, and ‘Trolls’. In 2015, he began hosting ‘The Late Late Show with James Corden’, which was well-received by both the audience and critics.

The show also features the popular Spill Your Guts segment where guests have a choice to eat a very non palatable food item or reveal a secret they’d generally be uncomfortable in revealing.

What is James Corden’s net worth?

James Corden is a very famous talk show host, actor, comedian and television personality. Ever since he landed the Late Late Show hosting duties in 2015, his popularity across the globe has been rising. As a result of that, James Corden’s net worth as of 2020 is $12 million.

Here are some of the best highlights of James Corden’s career:

“It’s strange how things seem to come full circle. You know what I mean? I’m sure you do. The way your life seems to drift along with no set path, then something good happens to you and you can trace the line that brought you there back to a specific disappointment or rejection you suffered in the past. It’s nice that things can level out that way.”

“Louis Tomlinson, who is a member of One Direction, his mum was a chaperone on ‘Fat Friends.’ So Louis used to come to the set with his mum, and since I was the only sort of young person around, we would kick a football around, things like that.”

“No one could have predicted on day one of the rehearsals, that a year and a half later we would have shot a film and all be living in New York. It was surreal.”

“Nobody tells you when success comes around; in its transient way, you’re just working and exhausted all the time. Sometimes I think I’m just sleeping in the back of cars, d’you know what I mean?”

“It doesn’t help anyone to judge their happiness or career by looking at where others may or may not be. Dad said it best: ‘All the time you’re looking left and right at other people, you’re neglecting what’s in front of you.If you focus on looking straight ahead, you can take the odd glance at the future.’ He’s got a way of saying things sometimes that just puts everything into perspective.”

“On stage, you have to have incredible confidence, or you would stop doing it. But I don’t think I will ever get to the point where I go, ‘I know exactly what I am doing,’ and I don’t think I want to.”

“I don’t consider myself to be incredibly confident, or really lacking in confidence. When you’re on Jonathan Ross’ or Graham Norton’s show, inevitably there’s something to sell. And there’s a live audience; you’re sat between Cameron Diaz and Tinie Tempah – I don’t really see it as ‘me.’ It would be odd if it was.”

“I guess I have a faith. I have an overriding feeling that all of this can’t be for nothing. But then I also fully understand that it might be.”

“While you’re encouraging people to think about what goes into their mouths, just think a little harder about what comes out of yours”

“When The ‘Guardian’ is commissioning writers to write obituary pieces about you and your career… it doesn’t get much nastier than that. And you’ve just got to go, ‘It doesn’t actually matter.”

“I was always the kid at school who thought it was a good idea to set off the fire alarm. And much as I’m aware that that’s a trait which also propels other things which are good, I wish I could just pause and go, ‘Is this really what you want to do?”

James Corden is best known for ‘The Late Late Show with James Corden’, which started airing from 2015 on the CBS network. The show has been a great success both on TV and online (its YouTube channel has 22.3 million subscribers).

Not Playing Online Casino Games? Here’s Why You Should Start Today