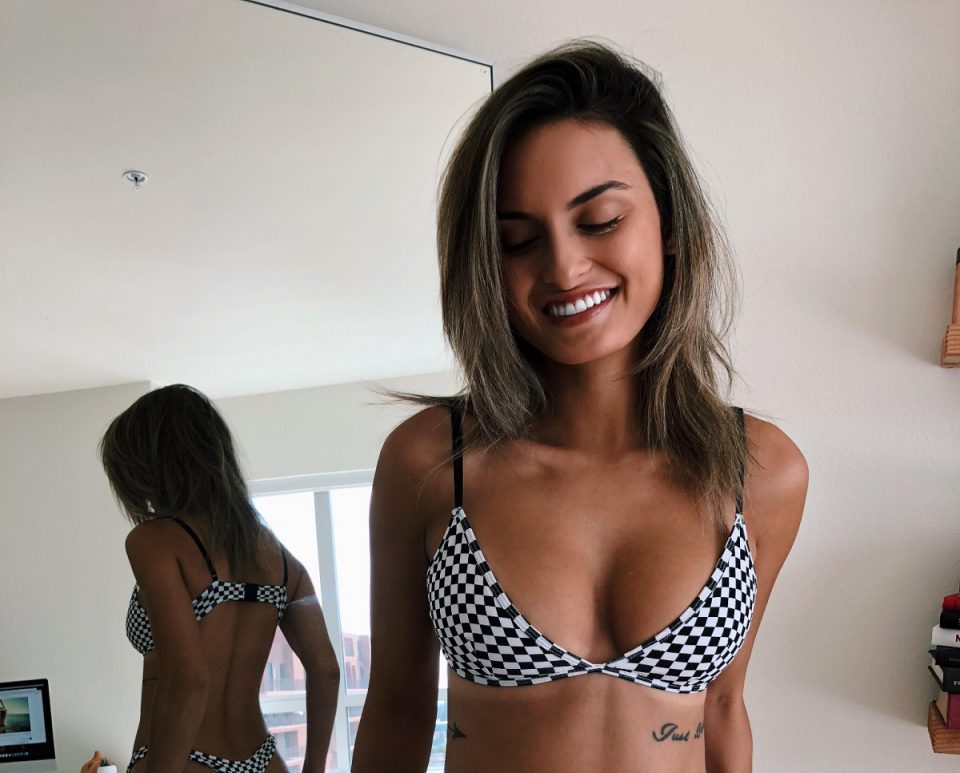 28-year-old Julia Rose is a Zambian American model, Instagram star, social media influencer, and founder of an online magazine called Shagmag which won’t leave much to your imagination! Let’s check out these interesting things about her life which led to her fame.

Julia Rose: 11 Things About Her Life And Career You Didn’t Know!

1. How did Julia Rose go viral?

Julia Rose gained fame during Game 5 of the World Series in October 2019 where alongside model Lauren Summer she posed nude showing her breasts in the middle of the match at Nationals Park. Suffice to say this gained immense attention!

2. Julia Rose was not alone:

In October 2019, she posed nude alongside model Lauren Summer and Kayla Lauren leading to the trio gaining immense media attention after the pose.

3. Why did Julia Rose pose nude?

After this event happened, the press and media asked the models why they did it. The trio said they did it because they want to raise awareness about breast cancer. They also said it was done to help us pay for women’s medical bills because a subscription to the site would directly result in earnings for women with breast cancer. Later, the 3 hot models were indefinitely banned from all MLB stadiums and facilities.

Julia is also known for her hot and sexy lingerie photos and for her almost naked Instagram account, loaded with her alluring booty images and sizzling figure. She has a million followers on Instagram with the username ‘its_juliarose’.

Additionally, she made her TV debut with MTV’s season 4 of Are You the One.

She weighs around 56 kg and wears a shoe size of 8 US.

Her body measurements are 34-26-37 inches and her brown eyes and blonde hair add to her allure.  She has a curvy, seductive and hot figure. She is also a fitness fanatic.

7. Who is Julia Rose’s boyfriend?

Since last year, Julia Rose has been dating her famous boyfriend named Jake Paul. In 2020, the then-budding couple was seen together in Miami for their boxing match against British YouTuber AnEsonGib on January 30, which her new boyfriend JakePaul dominated in a first-round knockout victory.

Julia supported her then-recent boyfriend the entire week before the competition and at events. The often-seen duo hung out and had fun with Paul’s ex, Mongeau. Later, Rose posted an overly friendly photo with Mongeau on her Instagram account.

As of now, it is very clear in 2021 that they are still together and going strong but we don’t know the exact date of when Rose and Paul started dating. In fact, Paul’s dating history is even more complicated than that of his love. Previously, Jake Paul was also linked with stars like Erika Costell and Alissa Violet. Meanwhile, his girl was dating a person called Stephen McHugh and they even almost got married. They broke up after McHugh cheated on Rose with a girl named ‘Hannah’ in season 5 of the show Are You The One?.

For what reason would he come to Las Vegas in case he was involved with you? Maybe you should ask her that, Hannah replied before encouraging Julia to talk to her ex in secret. You’re reaching out to the wrong person, he said.

Julia herself claimed that she and Stephen will never be together again in light of the time she spent in Las Vegas. She found out that they stopped talking two days before the recording of The Aftermatch. Julia and Stephen had been as one since March when season 4 ended. In fact, the duo also got engaged in December 2017. Then, in 2019, Stephen confirmed from his Facebook that he and Julia have been engaged since March 2019. The former couple even launched their YouTube channel titled Jules & Stephen Jones and it is rumored that they collaborated for a clothing brand.

As of 2021, Julia Rose’s net worth is estimated to be around $ 1 million USD and she has amassed her money through Instagram. She has also benefited from her modelling brand’s sponsorships as she receives a decent amount from her photoshoots and gets paid for her Instagram posts as well. In fact, the social media star had made over $ 150,000 from Patreon alone and in  2020 she even appeared as a visitor on numerous US network shows, including Code Monkeys, Star Trek: Enterprise, and CSI: NY.

In 2015, she began her career in the fashion world after moving to Los Angeles from California. Her career took a big turn after starring in a reality show Are You The One? which airs on MTV. She was then shortlisted as a model from the finalists by Sports Illustrated Swimsuit magazine as their next main star. She also worked with many lingerie and swimwear brands and was featured in a variety of local advertisements. She is also the executive founder of an online magazine called Shagmag.

Julia was born in New Orleans, Los Angeles, California, USA, and she was raised in Texas, USA). Although she is a Zambian-American national, she completed her studies at the local high school and took Alma Mater from Texas State University.

The Ultimate Beginners Guide to Seo- Keyword Research in 2021