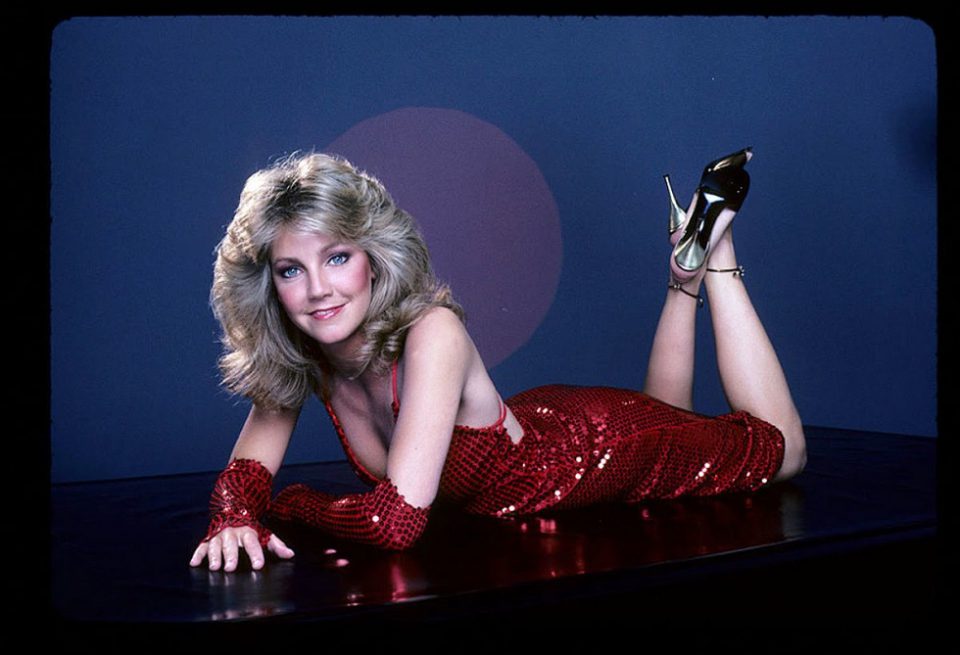 Heather Locklear is a famous American actress who rose to fame for her portrayal of Amanda Woodward in the popular TV show Melrose Place. Her role on the show was so well received that she received four straight Golden Globe nominations in the category of Best Television Series – Drama. In the 80s, she was famous for playing the role of glamorous blonde bombshell Sammy Jo Carrington between 1981 and 1989. During the 80s, she was also married to Tommy Lee, the drummer of the famous glam metal band Motley Crue. Heather Locklear’s marital relations with legendary 80s rock stars didn’t end with Tommy Lee. After her divorce from Tommy Lee in 1993, Heather Locklear married Bon Jovi guitarist Richie Sambora. The couple were married for 11 years and have a daughter called Ava Elizabeth Sambora. Let’s find out more about the life and career of the blonde bombshell.

Heather Locklear: All You Need To Know

Who Is Heather Locklear?

Heather Locklear was born in Los Angeles California on September 25th, 1961. She debuted on television with CHiPs in 1980. She landed her big break with a role on Dynasty in 1981 and also soon began starring on T.J. Hooker. In 1993, Locklear joined the cast of Melrose Place, and later in the decade she starred on the sitcom Spin City. She returned to television for a new version of Melrose Place in 2009, though the show lasted only one season. Heather locklear has been embroiled in controversies in recent years and has become infamous for her constant troubles with the law.

Where was Heather Locklear born?

Where did Heather Locklear go to college?

Locklear entered UCLA in 1979, with the intention of majoring in psychology. However, her gorgeous looks led to casual modeling jobs that soon turned into regular work in television commercials for major companies, including Pepsi, Polaroid and the California Dairy Council. After a year at UCLA, Locklear dropped out to pursue a full-time acting career.

Locklear made her first television series appearance on CHiPs in 1980, and later guest-starred on the shows Eight Is Enough and Twirl. The actress got her big break in 1981, when she successfully auditioned for a role in Dynasty—the popular prime-time soap opera starring John Forsythe, Joan Collins and Linda Evans. She played Sammy Jo Carrington, the conniving wife of Steven (the son of Blake Carrington) on the show, which was produced by Aaron Spelling.

After 13 weeks, Locklear was written out of the show, but she was quickly offered a part on Spelling’s other project, T.J. Hooker. Shortly after that, Locklear was written back into Dynasty, making her the only actress working regularly on two popular prime-time series. Dynasty aired for nearly a decade, while T.J. Hooker was canceled after five seasons.

Always the driven worker, Locklear also appeared in several big-screen and television movies, including Firestarter (1984) and Return of the Swamp Thing (1989). Additionally, she served as spokeswoman for a national chain of health clubs and produced an exercise video.

In 1993, Locklear reunited with Spelling as part of the cast of Melrose Place, a spinoff of the extremely successful Beverly Hills 90210. Prior to her appearance on Melrose, the show’s ratings were dismal. After her arrival as Amanda Woodward, a scheming advertising executive and apartment-complex owner, the show’s ratings soared.

Melrose Place was canceled in 1998, but the following year, Locklear had the opportunity to remake her image as mayoral advisor Caitlin Moore on the sitcom Spin City. Trading verbal jibes with co-stars Michael J. Fox—and, later, Charlie Sheen—Locklear boosted the show’s ratings and demonstrated her versatility as an actress.

In 2003, she signed on to star in her own NBC sitcom, One Around the Park, playing a single mom with two kids. Unfortunately for Locklear, the show never really got off the ground, so she returned to television the next year with LAX, an airport drama. She faced disappointment yet again, as the show did not achieve high ratings and ended after only 13 episodes.

Locklear received raves for her 2005 guest appearance on Boston Legal, playing a man-eating widow. Around this time she also nabbed leading roles such films as Uptown Girls (2003) and The Perfect Man (2005), co-starring with Hillary Duff and Chris Noth. In 2009, Locklear revisited familiar territory by appearing on a new version of Melrose Place, though this latest take on her earlier hit show failed to develop a following and was canceled after one season. Since then, Locklear has undertaken a few roles, including a part in the sitcom pilot The Assistants in 2011.

Who is Heather Locklear married to?

Locklear’s seven-year marriage to Motley Crue drummer Tommy Lee ended in divorce in August 1993. Nearly one year later, in December 1994, she married Bon Jovi guitarist Richie Sambora. Three years later, the couple had their first and only daughter, Ava Elizabeth Sambora. In 2006, Locklear and Sambora filed for divorce, which was finalized in April 2007.

That year she began dating actor Jack Wagner. The two became engaged in 2011, but split up before the year’s end.

In September 2008, police arrested Locklear on suspicion of driving under the influence of a controlled substance. Locklear, who was believed to be alone in the car, was tested for intoxication and then booked on the suspicion of driving under the influence of prescription medication, before she was released. Earlier that year, in June, Locklear had checked into an Arizona medical clinic, seeking treatment for anxiety and depression.

Locklear has continued to struggle with personal challenges. She was arrested in 2010 for hitting a road sign with her car and then fleeing the scene, which led to a misdemeanor charge.

In January 2012, Locklear ended up in the hospital after reportedly mixing alcohol and prescription medication. Shortly after the incident, People magazine reported that she was “under a doctor’s care” to assist her with her recovery. Locklear chose to keep a low profile in the months after her hospitalization.

In February 2018, Locklear was arrested for kicking police officers who came to her Ventura County home to investigate a possible domestic violence situation. The victim of the alleged domestic violence was a boyfriend who had a physical injury, making the offense a felony, while Locklear claimed she had also been injured prior to the police arrival. She was released on bail and ordered to return to court the following month.

On June 17, 2018, the actress was taken to the hospital in Thousand Oaks, California for a psychological evaluation for reportedly threatening to shoot herself. The Ventura County Sheriff’s Office and Fire Department said that “there was no crime, only a medical issue.”

On June 24, an “extremely intoxicated and very uncooperative” Locklear was arrested again for reportedly kicking a police officer and an EMT who were responding to a disturbance call. The following day, authorities responded to a medical call at her home and transported a patient to a hospital, though the identity of this person was not initially disclosed.

In August 2019, after she pleaded no contest to eight misdemeanor charges related to her actions from the previous year, Locklear was placed on three years’ summary probation and ordered to complete a residential treatment program.

How much is Heather Locklear Worth?

Heather Locklear’s net worth is estimated to be around $6 million. The majority of that has come from her acting and modelling career.

What ethnicity is Heather Locklear?

From her father’s side, Heather Locklear is part Native American (of Lumbee descent). Her surname “Locklear” means “hold fast” in the language of the Tuscarora tribes. The Lumbee tribe in general has a mixed ancestry, formed as a result of generations of intermarriage between Native American, Europeans and Africans.

Why did Richie Sambora and Heather Locklear break up?

What did Heather Locklear say about David Spade?

Heather Locklear hasn’t just dated rock stars, she has dated some big movie stars. She dated famous actor and comedian David Spade for six months between March and September of 2006. She was asked by TMZ about the reason David Spade manages to end up with very good looking women. She said that there were primarily two reasons for it. One, he is very funny and two, “he has a big c***”. Here’s the TMZ clip of Heather Locklear talking about David Spade’s “package”.

‘Well he’s always with beautiful, famous actresses. You’re asking, you know, good for him,’ as Heather Locklear cheekily pointed at herself.

How does the Theory of Constraints relate to Lean Thinking?

Harry and Meghan, What Are They Doing Now?