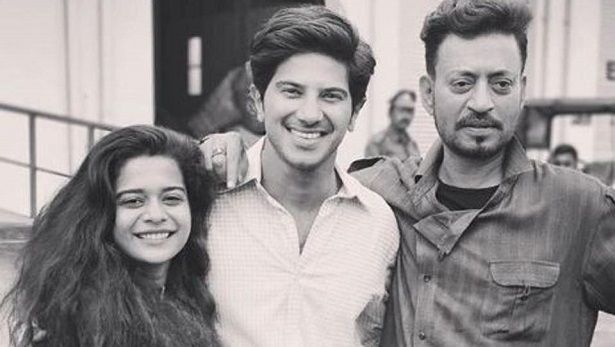 Akarsh Khurana’s upcoming directorial ‘Karwaan‘ is expected to enthrall audiences with its unique storyline. Judging by the response the film received on social platforms, Irrfan Khan’s comic timing is something to look out for apart from the gripping narrative, acting and scenic beauty.
Ronnie Screwvala has turned the film into a dark comedy as the characters keep laughing on the ironies of life and death. Irrfan essays the role of Shauqat, a friend of Avinash played by Dulquer Salmaan who joins him in retrieving his father’s dead body.


The Madari artist’s effortless comic timing while retaining his pierce gaze will leave audiences in splits during the film. Commenting on the same, Dulquer said, “Irrfan’s character is a simple man who we would come across in our lives at some point, but as the plot unravels, he will reveal layers of Shauqat that will touch our hearts! Only Irrfan Sir could’ve pulled off this character.”
“Mithila and I missed Irrfan Sir a lot during the promotions of the film. Unlike Shauqat, Avinash is quite uptight and serious in life. It was hard to keep a straight face whenever Irrfan Sir would break into an impromptu joke during the shoot. His spontaneous wit and script improvisations has really brought life into the film”, he added.
Moreover, the multi-starrer project will hit the silver screen tomorrow. Stuck with two dead bodies, the queer trio will take you on a road trip that will surely last a lifetime.
previous post