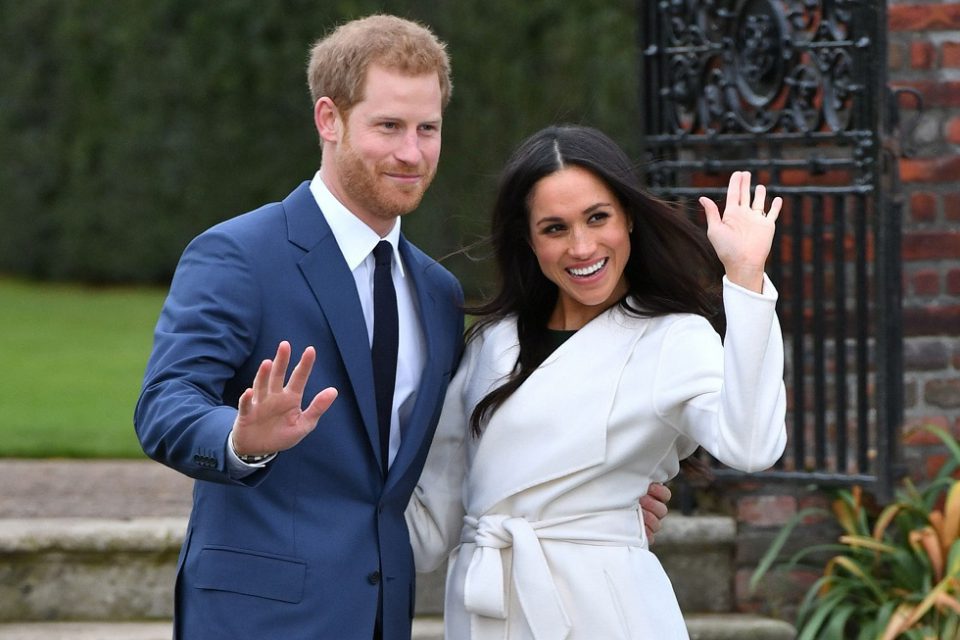 Meghan Markle was the most Googled person in the UK in 2018 but Harry and Meghan surprised the world with their revelation to step back as senior royals. This led to all of us Googling what the term “financially independent” meant. Stripped off of their Royal titles, Buckingham Palace also announced that Harry and Meghan “will no longer receive public funds for royal duties”. Let’s look at how these two have been making money, and what they are doing during the COVID-19 induced, global lockdown.

Harry and Meghan, What Are They Up To?

Where are Harry and Meghan based?

We know that Meghan left for Canada, with her baby son, Archie and stated along with her husband that they planned to carve out a “progressive new role” in the Royal Family. Harry and Meghan plan to divide their time between the UK and North America, but a BBC royal correspondent stated that: “It is expected that they will spend the majority of their time in North America now.”

They only moved into their new home – Frogmore Cottage in Windsor, Berkshire – last April ahead of the birth of their son. The estimated cost to the taxpayer of renovations to it is about £2.4m. Buckingham Palace said in a statement the couple have “shared their wish to repay Sovereign Grant expenditure” for the refurbishment of Frogmore Cottage.

What have Harry and Meghan been upto?

One statement from Buckingham Palace said the couple were grateful to the monarch and the Royal Family for their support as they “embark on the next chapter of their lives”.

They have to step back from royal duties, including official military appointments but on the other hand, the couple has said previously they plan to launch a new “charitable entity”.

Exactly where and exactly what is unclear but the new charity is expected to be worldwide with some of the focus likely to be on the US and Africa.

On the pair’s first official overseas tour last year with their son, Archie, the Duchess of Sussex told teenage girls in a deprived part of South Africa. The couple’s charity work is also likely to have a commitment to female empowerment.

The Sussexes were also a part of the charity’s Save the Stories campaign in the UK and the US, which helps bring much-needed support to children who have been impacted by the COVID-19 pandemic. In the UK, all funds raised will benefit Save the Children UK. The charity has put in place an emergency grants programme to make sure the most vulnerable families can purchase basic items and food.

Meghan Markle and Prince Harry’s son Archie turned one on May 6. Harry and Meghan treated royal fans to a new video of their son on Wednesday as they publicly marked his birthday video posted on Save the Children’s Instagram page, which shows Meghan reading one of her son’s favourite books: Duck! Rabbit! as they relax at home. While Meghan is dressed down in a blue shirt with Archie on her lap, Harry is behind the camera, capturing the family moment.

The Duke and Duchess of Sussex didn’t let lockdown stop them from celebrating their son Archie’s first birthday despite him not being able to celebrate with friends and family. While it was certainly more low-key than they may have imagined just a few months ago, the Royal family have also shown their support through adorable pictures to wish the little one on his first birthday.

The Queen posted a throwback picture in which Meghan is seen holding baby Archie in her arms. In the photograph, the Queen is lovingly looking at the baby. The photo also featured Prince Harry, Prince Charles and Meghan’s mother Doria Ragland.

‪Happy Birthday to Archie Mountbatten-Windsor who is celebrating his 1st birthday today! 🎈🎉 . Archie is The Queen’s eighth great-grandchild. ‬

“Happy Birthday to Archie Mountbatten-Windsor who is celebrating his 1st birthday today! Archie is The Queen’s eighth great-grandchild,” the caption of the post read.

Kate Middleton and Prince William shared a Royal family portrait to wish Archie on his first birthday. “Wishing Archie a very happy first birthday today,” they wrote in the caption.

What Did Harry and Meghan Step Down?

Speaking at an event, Prince Harry said he is “taking a leap of faith” in stepping back from being a senior royal, adding that “there really was no other option”. The duke insisted he and Meghan had hoped to continue serving the Queen, but without public funding. “Unfortunately, that wasn’t possible,” he said.

In his speech, posted on the couple’s Instagram account, Prince Harry also spoke of his “great sadness” over his and Meghan’s new relationship with the Royal Family. “The decision that I have made for my wife and I to step back is not one I made lightly,” he said.

While no details have been given about security arrangements for the couple, the statement said “there are well-established and independent processes to determine the need for publicly-funded security”.

The duke and duchess said they would be adopting a “revised media approach to ensure diverse and open access of their work” in 2020. Included in this new strategy, Harry and Meghan said they would “engage with grassroots media organisations and young, up-and-coming journalists”. This is done to get rid of the “royal rota system”, where journalists and media representatives are given exclusive passes to cover royal engagements on the understanding they share all the material they gather.

“The current system predates the dramatic transformation of news reporting in the digital age,” the couple said in a statement on their website. Under a heading asking what Harry and Meghan’s stance is on the media in general, the couple said they believe in a “free, strong and open media” which “upholds accuracy and fosters inclusivity, diversity and tolerance”.

“Their Royal Highnesses recognise that their roles as members of the Royal Family are subject to interest, and they welcome accurate and honest media reporting as well as being held to account if appropriate. Equally, like every member of society, they also value privacy as individuals and as a family.”

How will Harry and Meghan fund their new life?

Are royals allowed to make their own money?

Non-working royals are free to make their own income. There have been talks of Meghan working with Netflix after she decided to step down from her royal duties. But the palace says the pair “have made clear that everything they do will continue to uphold the values of Her Majesty”. So it’s interesting to see what topic or subject they will produce or document.

The couple also applied to trademark the Sussex Royal brand last summer, raising the possibility of launching their own lines of products, from beauty to clothing. However, they have now agreed not to use their royal titles, using this branding may be seen as at odds with those values. As one of the most famous couples in the world, their brand has the potential to be highly lucrative. Their joint Instagram account @sussexroyal has more than 10 million followers. The couple said they would continue to use social media to “personally share moments in their lives directly with members of the public”.

This is probably why one royal finances expert David McClure said:

“I suppose they could get money from writing books, a more likely source is from television. There has been talk about Harry and Meghan doing a deal with Oprah Winfrey,” he told the BBC.

Heather Locklear: The Glamorous Life and Career of the 80s Pin-Up

Ravish Kapoor is the man behind some unique invitations

Dayton Shooting: 7 Things You Might Have Missed About The Massacre

Brittany Gonzales: Miscarriage and Facts About The Wife Of Kellan Lutz