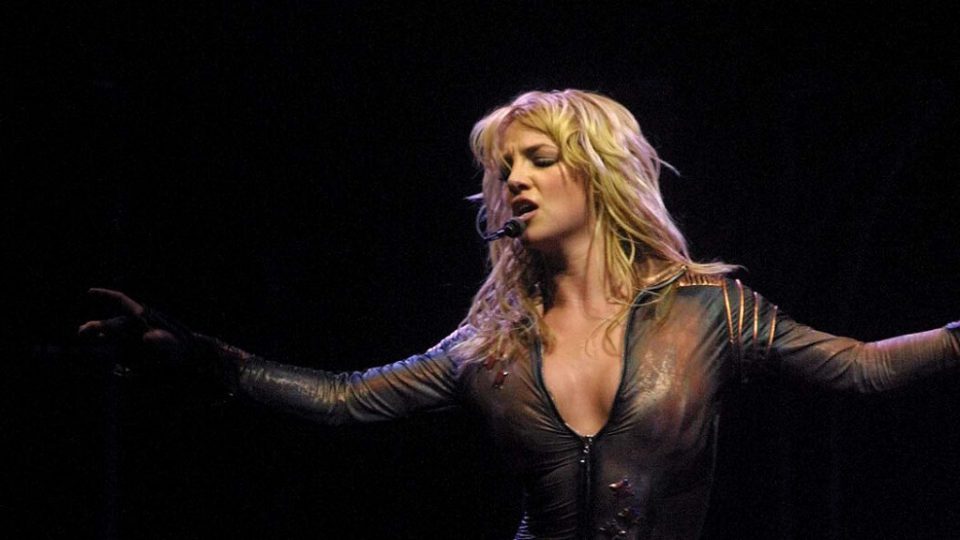 Between two court appointments and three curious posts on Instagram, the Britney Spears Documentary Saga continues with yet another twist: “Britney vs Spears”. Is the documentary worth taking a look at despite the glut of reports and articles that have been circulating for months? Totally! Here are some key points.

Netflix is not the only platform that wants to tap into the public’s appetite for the Britney Spears documentary releases.

Hulu has offered Controlling Britney Spears, a sequel to Framing Britney Spears, a famous New York Times documentary released last February which denounced the media treatment reserved for Spears at the start of her career, in addition to exploring her being put under guardianship.

The second Britney Spears documentary reveals that the interpreter has already been tapped. All the communications – emails, texts, phone calls – were intercepted by a surveillance system set up by – you guessed it – her father.

The Netflix documentary is not without its flaws, but one thing is certain, it turns out to be much more nuanced than Framing Britney Spears.

The proof? Although they support the conspiracy theory, Jenny Eliscu and Erin Lee Carr still give airtime to Mark Vincent Kaplan, the lawyer for Kevin Federline, who tempers the discourse of admirers who believe that their idol is a prisoner. “Los Angeles is not a fascist gulag,” he recalls. If [Britney Spears] meant to say she was being held against her will, she could do it in a million ways. “

2. Dementia and medication: a plot for guardianship Is Not That Innocent.

The fruit of the work by Jenny Eliscu, editor-in-chief of Rolling Stone magazine, and Erin Lee Carr, director and avowed admirer of Britney Spears, the documentary explores in depth the tutelage of the artist, and particularly the circumstances surrounding her establishment.

According to her documentary, the descent into hell began in 2007 when Britney Spears divorced Kevin Federline.

As a new mother of a second child, the singer sank into post-pregnancy depression.

And to set up a provisional guardianship without her being able to contest it, her father, Jamie Spears, who resurfaced after several years of absence, invoked her “dementia”.

In an interview with Eliscu, the geriatric psychiatrist responsible for the diagnosis seems anything but reliable. The documentary also exposes the cocktail of drugs administered to Britney Spears during all these years. A blend that included Adderall, a central nervous system stimulant, and lithium.

3. The false villain didn’t Do It Again!

Against all expectations, the documentary restores – at least, in part – the reputation of Sam Lutfi. Out of nowhere in 2007, the California producer quickly became Britney Spears’ agent as she went through a period of crisis. In the public eye, he was seen as a bad influence, a dangerous con artist and predator, a star-drugging parasite.

In an interview with Erin Lee Carr, the 47-year-old rather gives the impression of being on the side of the good guys who wanted to protect Britney against her father, the real villain. “I was the perfect scapegoat,” says Lutfi in front of the camera. I was new. They didn’t know who I was. I was just a replaceable guy. “

In an interview with the Los Angeles Times, director Erin Lee Carr recently recounted that in 2019, as she started working on Britney vs Spears, someone informed her of the difficulties she was likely to encounter along the way, especially in finding testimonies.

In the end, it was not a problem. The 1 hour 33 minute film draws on many credible speakers.

Among the most interesting is Adnan Ghalib, a paparazzi that Britney Spears dated in 2007, when everything was going into a spin. Without appearing in front of the lens, the man delivers an apparently sincere testimony.

“What jumped out at me during the divorce from Kevin [Federline] was that she never had anyone to trust. Neither mom, nor dad, nor friends. Anybody”.

Director of photography on For the Record, MTV documentary supposed to restore the image of Britney Spears in 2008, Andrew Gallery also shared a touching fact, especially when he reveals the contents of a letter she had given him in secret so that he can read it “on TV”.

In this letter written in the third person, the pop star revealed to the whole world her vision of things: “We prevent Britney from denouncing everything that happens. Those who control her life have made $3 million this year. She would like other eyes to see her situation, but if she does talk about it, she is threatened. The guardians threaten to take her children. How long is this supposed to last?”.

This letter was never finally stolen, since lawyers intercepted it, one indicates in the film.

5. Britney Spears reacts: from Circus to I’m A Slave For You to Over-Protected.

Britney Spears did not appear in the Netflix documentary. In the last minutes of the film, we can hear her speak, but these are audio clips of the testimony she gave in June in a court in Los Angeles.

The director takes the highlights of the speech, in which the singer begged the court to end the guardianship.

“I deserve to have the same rights as everyone else and to have a child, a family, all that. […] I just want to get my life back. It’s been 13 years and that’s enough. The wish of Britney Spears would finally be granted as Jamie Spears withdraws his statute of guardian. At the beginning of the month, the latter had filed a request in which he affirmed to be in favor of an outright lifting of the guardianship measures, as her daughter had previously requested. In other words, the hours of the #FreeBritney movement may be numbered, if not over.

4 Reasons Why You Should Never Miss Breakfast