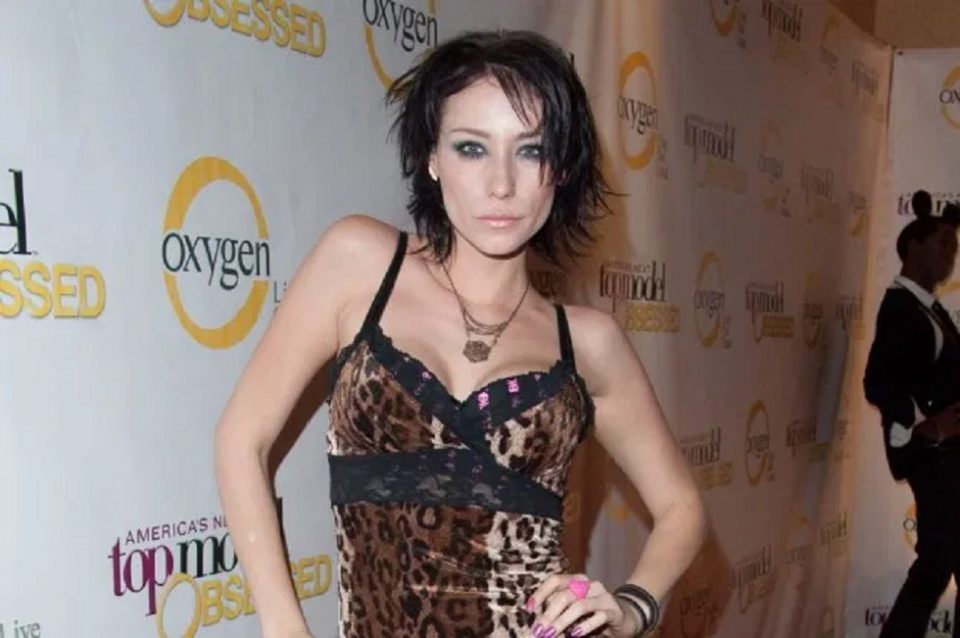 Did you watch 2007’s America’s Next Top Model? If so then, you might remember the contestant Jael Strauss who stole several hearts. In the show, she was known for her boisterous personality that made her successful. However, her success in the show only brought miseries in her life. Soon, after the show, she was caught by drug addiction, homelessness and finally, she was deceased due to breast cancer when she was just 34. Let’s find out more about this beautiful soul.

Jael Strauss was a Detroit born model who became popular after coming into the limelight on America’s Next Top Model. In her initial days, she worked as a marketer and manager of bands in Hollywood. From there, she was spotted by a talent scout through Myspace. The talent group was impressed by her beauty and modeling skills. So, it encouraged the American beauty to declare her candidature for America’s Next Top Model in 2007. Although she was skeptical about entering the show at first, she entered the competition and made it to the sixth place. Her performance in the show was appreciated by all and she even acquired many fans.

As a contestant on the show, she exhibited uber confidence and liveliness. But, she even had some bitter experiences in the show. Once, she had to perform sit-ups as a punishment for messing in the boot camp. Later on, in the show, she was shoved into the pool by 50 Cent after she wound him up at the party. Though bitter, these experiences made her gain overnight popularity.

Following her success and popularity in the show, Hitch Couture signed Strauss as a model. However, she could not sustain the lifestyle change that she witnessed after the show. Her attitude towards her fellow contestants turned out to be “over the top” and went out of control. She even got into wrong habits that imperiled her life. The American beauty even struggled with meth addiction. Later, she was even diagnosed with fourth stage of breast cancer and she finally left the world at the age of 34.

Do you want to find more about this model? Well, we’ve curated some lesser known facts that will help you learn about Jael Strauss more closely. So, let’s have a look at them!

Facts about Jael Strauss that you didn’t know

Though Jael Straus is no longer with us, her life story is worth reading. Her life was like a roller coaster ride and there are many facts that no one knew about her. Given below are some of the lesser-known facts about Jael Strauss:

Hitch Couture is one of the leading independent designer mobile boutiques in America and Jael got the opportunity to do modeling for the boutique.  The brand approached her by getting impressed by her performances during the show America’s Next Top Model. She became the face of the brand, which further grew her popularity. She liked working for the brand and there, she even got inclined to fashion designing. In fact, she even planned to design her own fashion line in the coming years.

2. Jael Strauss was addicted to drugs

It is reported that she was a full-blown meth addict and at some point became homeless. Strauss then started stripping to make quick money. She was so much addicted to drugs that affected both her physical and mental health. The beauty stated rotting her teeth and she even developed sores in her body. She gave out this secret of her life in public during her interviews in Dr. Phil’s show. In 2012, it was found that she was involved in methamphetamine abuse along with other substances, which included painkillers and cocaine.

3. Jael Strass was distressed after she found that her friend died of an overdose

While filming for America’s Next Top Model, Strauss came to know that her close friend had died of a drug overdose. This news affected her deeply. But, she was determined to win the show and finished in the top six. In her own words, she said, “My friend is gone and I’m still here living life to the fullest.” Despite her friend’s death due to drug addiction, she also got into addiction.

As a 22 year old, Jael Strauss used to promote Hollywood bands in Detroit. There, she was spotted by a scout who pushed her into the modeling career and encouraged her to participate in ANTM, which eventually led her to immense popularity.

Jael Strauss outperformed all her tasks in ANTM and finished in the top 6. Her exit in the show was driven by her underperformance in the Cover girl task. However, post she exited the show, she was signed by a popular designer chain. She even got offers of several shows due to her popularity and she became a famous personality over the subsequent years.

6. She suffered from skin disease due to drug addiction

Jeal Strauss was heavily addicted to drugs. Her meth addiction and consumption of other drugs made the model to suffer from severe skin disease. She then took to rehab and recovered after she stayed clean for five years. Her health started improving at that time and she was back to her healthy self. However, this happiness could not last for long as she was then diagnosed with stage 4 breast cancer.

7. Jael Strauss was exploited online at a very young age

Yes, it’s true that this supermodel was a part of online abuse. In a whirl of circumstances, her nude pictures were circulated online when she was just 16. However, this incident did not intimidate her. In fact, she faced it courageously and sued the person responsible for it. Strauss won the battle in the court and got her settlement after that.

8. She considered ANTM to be easy at first

While she was interviewed for the show, Jael first considered it as a piece of cake to perform in it and so she was least interested in joining it. But, she eventually participated and lasted among the top 6 contestants, which is an incredible feat in itself. She had her ups and downs on the show. Sometimes, she was praised for her performance, while at times, she was punished for her behavior. Her fellow participant, CarrieDee English who was even the winner, called out the show staff for not filming Jael’s fragile side on the show.

Go reality is a horror film that was released in the theatres in the year 2009. The movie showed a series of events that took place with a group of filmmakers who were trying to make a movie and that was already cursed. Jael played a crucial role in the film and it was well-received among the audiences.

Jael Strauss was diagnosed with stage 4 cancer at the age of 34 and lost her battle to it. She was mourned by her colleagues and friends who considered her to be a beautiful soul with a lively personality.

So, these were some of the facts about Jael Strauss. Jael was a beautiful soul who lived her life to the fullest. She surely was a lively personality and is still alive in the heart of her fans.