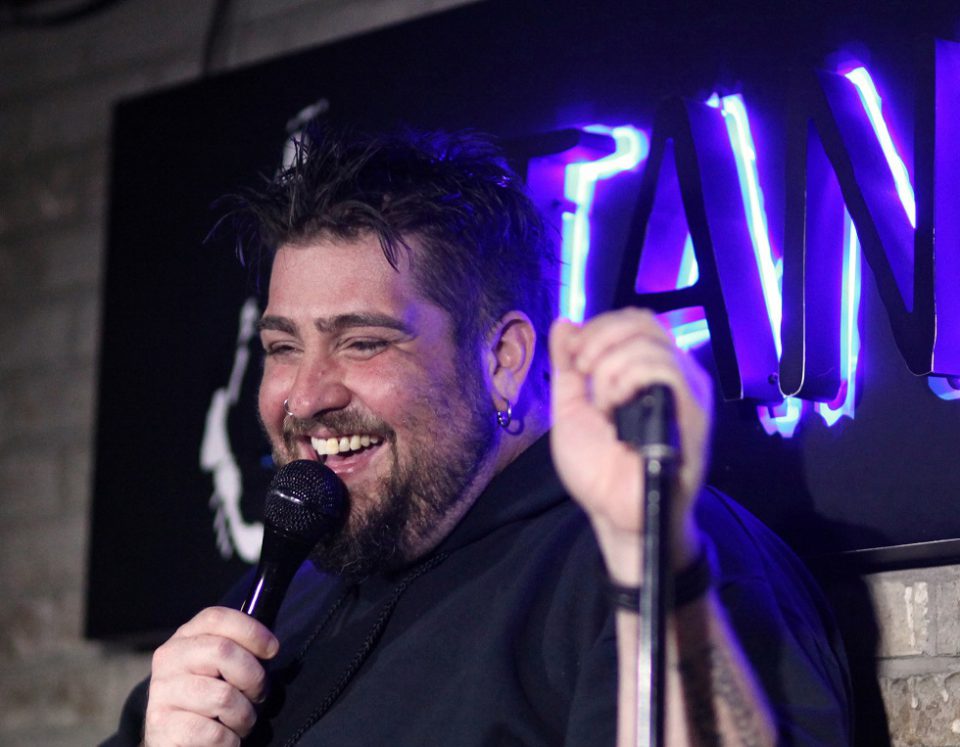 Born Jason Michael Oakerson, this American actor is a true Sagittarius male; big, burly, charming, sociable, determined to live life to the fullest and accomplished too.

Big Jay was born on the 7th of December, 1977 in Philadelphia but grew up in New Jersey amidst hardship and tried a few things along and had enrolled at Camden Community College before continuing with his study of Comedy, to move onto New York to become a star!

Big Jay penned down 23 pieces, TV Series, TV Specials, some of which were self-written some co-written, and few documentaries like down below:

It’s his casual laid back style, soft meaningful and strategic chuckles, low voiced compliments to his patrons, all the while playing the underdog that has made him stand apart from his contemporaries like Todd Barry, and Judah Friedlander to name a few.

A regular at Comedy Cellar, The Stand and the Stand-Up New York, he entertains his audiences with a high, much stereotyped, not too witty yet much enjoyed phallic jokes.

And more often than naught, Big Jay Oakerson would be asking that of his audiences, in a cajoling way of revealing their preferences in men, or simply the size of their phallus.

“I like when the crowd gets awkward,” Mr Oakerson says with a modest note of pride.

(From A Blunt Yet Kindly Bedside Manner,

Shocking, but of course! Yes, that too but dutifully his audiences always complied with an answer that would make the other audiences awkward too.

Yet while it embarrassed momentarily it never really hurt anybody because true to his style Big Jay Oakerson in all his antics and bluntness lacked any aggression.

It is never his intention to ridicule or belittle his audiences in his question that acted as the coating of the all-pervading charm and warmth of the quiet and assured comedian Big Jay.

As an actor, he has 13 credits to his acting profile with movies and TV series combined.

Big Jay Oakerson is known for Hustlers, Isn’t It Romantic, From Other Worlds (As Big Jay), Louie (TV Series).

Big Jay Oakerson hosts a podcast called: “The Most Offensive Podcast on Earth” Legion of Skanks” with Luis J. Gomez and Dave Smith.

He co-hosts two other shows: the podcast “The SDR Show” on Gas Digital Network’s station with Ralph Sutton and “The Bonfire on Sirius” XM’s Comedy Central station with fellow comedian, Dan Soder.

He’s been the executive producer for all 14 shows of “What’s Your F@#King Deal?!” “Big Jay Oakerson: Live at Webster Hall” and of “The Bonfire with Big Jay Oakerson & Dan Soder”.

New York City cult comedy hero Big Jay Oakerson was dragged off the stage by a furious fan Thursday night, Page Six has learned — setting off a melee, as fans and fellow comics leaped in to help Oakerson. The incident was triggered by a woman who kept heckling stand-ups all evening, and when headliner Oakerson went on stage, she kept disrupting the show further.

A Twitter user called Derek Call, who claimed to have been at the show, posted “I am willing to testify in court that Jay did his best to deescalate the situation and he said nothing to the man who attacked him.”

The show was the 14th night of a 17-night socially distanced comedy festival hosted at Soul Joel’s.

Yes, this is yet another side to Big Jay to that of a tolerant and a mature guy. This 6.3 inches guy who is known more for his blunt delivery of sexy and often salacious content and sometimes on issues that are social too and on relationships with the intent to shock and humour and educate his fans, this compassionate side comes as another shock, although pleasurable.

Married yet separated from his wife Carla and sharing joint custody of their daughter Izabella, with a net worth that could be anyone’s guess, Big Jay is and will continue to enthral his audiences with many facets of his personality.