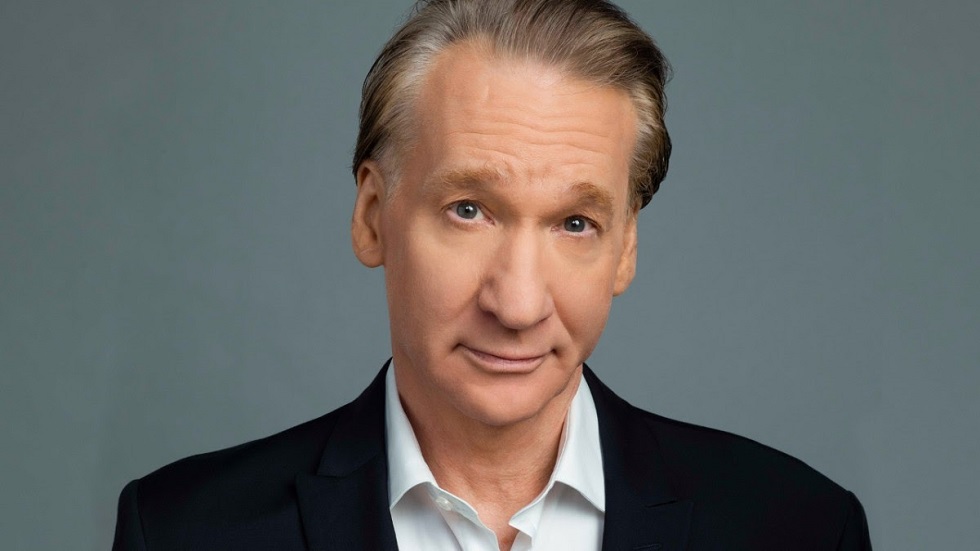 William “Bill” Maher is a very famous American television host, comedian and  political commentator. Bill Maher is most famous as the host of the famous political show Real TIme with Bill Maher. He has hosted the show since 2003. Prior to hosting Real Time with Bill Maher, he also hosted Politically Incorrect between 1993-2002. Politically Incorrect aired on Comedy Central before finishing off its run on ABC.  Bill Maher is very famous for his humorous and somewhat controversial take on religion and politics. He is very well known for his political satires and social commentaries. Bill Maher is very famous for targeting different religions, political parties and mass media outlets. Bill Maher’s staunch criticism of organized religion led to the creation of his 2008 documentary Religulous. Bill Maher is also an outspoken animal rights supporter. He has served on the board for the People for Ethical Treatment of Animals (PETA) since 1997. Bill Maher has also been a long serving advisory board member of Project Reason. Bill Maher is also very famous for his activism towards legalization of marijuana. He has served on the advisory board for the National Organization for the Reform of Marijuana Laws for a long time. Bill Maher is one of the most popular and successful stand up comedians of all time. Comedy Central ranked Bill Maher 38th on its list of the 100 Greatest Stand up Comedians of All Time in 2005. Bill Maher was also awarded with a star on the Hollywood Walk of Fame on September 14th, 2010. Family Guy creator Seth MacFarlane was also present for the unveiling of Bill Maher’s star. As of 2020, Bill Maher’s net worth is $100 million.

Bill Maher was born on January 20th, 1956 in New York City, New York. He grew up in the town of River Vale, New Jersey. Bill Maher’s father’s name was William Aloysius Maher Jr. and his mother’s name was Julie Maher. His father worked as a network news editor while his mother worked as a nurse. Bill Maher also has a sister. Bill Maher was raised in a Roman Catholic religion. However, after reaching his teenage years, Bill Maher found out that his mother was actually Jewish and her family escaped from Hungary during the Second World War. Bill Maher’s parents utilized birth control measures and the Roman Catholic Church was against it. As a result of that, Bill Maher’s father stopped taking his family to church after Bill Maher turned 13.

Where did Bill Maher study?

Even though he landed a movie role very early in his career, it didn’t really open doors for his movie career and it never really took off. Bill Maher did land some small roles on television shows like Sara, Max Headroom and Ratboy. Bi;; Maher continued playing numerous small roles on television till he landed the job of the host of his own political talk show, Politically Incorrect in 1993. The show went on till the year 2002.

However, despite landing his own talk show, Bill Maher didn’t stop acting and played himself in the 1998 TV movie EDtv. He also appeared in the 2000 movie Be More Cynical, alongside the documentary The Party’s Over. In 2003, HBO signed up Bill Maher to host his very own talk show ‘Real Time WIth Bill Maher’. The show’s theme revolves around current affairs and political events.

Bill Maher has also made appearances on famous documentaries such as Religulous and The Aristocrats. Bill Maher also appeared on the famous vampire themed HBO show, True Blood.

Bill Maher also released his comedy special ‘Bill Maher: But I’m Not Wrong’ in 2010. Bill Maher also appeared as himself in the blockbuster movie Iron Man 3. He also had a cameo on the hit TV series House of Cards.

Bill Maher has had a long and distinguished career as a comedian, actor and a political commentator. He has been a part of showbiz since the late 70s and his popularity has only increased with time. Through his various stand up specials, acting roles, documentaries and shows, Bill Maher has amassed a large amount of wealth. As of 2021, Bill Maher’s net worth is $100 million.

Here are some of the best highlights of Bill Maher’s career:

“The Clinton White House today said they would start to give national security and intelligence briefings to George Bush. I don’t know how well this is working out. Today after the first one Bush said, ‘I’ve got one question: What color is the red phone?”

“Iraq now says that it will, after all, destroy its missiles. President Bush said, ‘Please, I used to pull the same trick. There’d be an intervention, I’d make a big show of pouring out the liquor and then there was a case under the floorboards.”

“President Bush is supporting Arnold but a lot of Republicans are not, because he is actually quite liberal. Karl Rove said if his father wasn’t a Nazi, he wouldn’t have any credibility with conservatives at all.”

“Iraq now says that it will, after all, destroy its missiles. President Bush said, ‘Please, I used to pull the same trick. There’d be an intervention, I’d make a big show of pouring out the liquor and then there was a case under the floorboards.”

“Maybe every other American movie shouldn’t be based on a comic book. Other countries will think Americans live in an infantile fantasy land where reality is whatever we say it is and every problem can be solved with violence.”

“I don’t want my president to be a TV star. You don’t have to be on television every minute of every day – you’re the president, not a rerun of ‘Law & Order’. TV stars are too worried bout being popular and too concerned about being renewed.”

“Freedom isn’t free. It shouldn’t be a bragging point that ‘Oh, I don’t get involved in politics,’ as if that makes someone cleaner. No, that makes you derelict of duty in a republic. Liars and panderers in government would have a much harder time of it if so many people didn’t insist on their right to remain ignorant and blindly agreeable.”

“Idiots must stop claiming that atheism is a religion. […] believe it or not, I don’t really enjoy talking about religion all the time. In fact, not only is atheism not a religion, it’s not even my hobby, and that’s the best thing about being an atheist. It requires so little of your time.”

“I’m not an atheist. There’s a really big difference between an atheist and someone who just doesn’t believe in religion. Religion to me is a bureaucracy between man and God that I don’t need, but I’m not an atheist, no.”

“The human body is pretty amazing; it doesn’t get sick, usually, for no reason. I mean, there’s some genetic stuff that can get to you, but, basically, people are sick in this country because they’re poisoned. The environment is a poisoning factor, but also, we gotta say, they poison themselves. They eat shit. People eat shit, and that’s, to my way of thinking, about 90 percent of why people are sick, is because they eat shit.”

Bill Maher is one of the most popular and controversial comedians and political commentators of the last 30 years. His work in comedy, acting, political and social commentary is very well known throughout the world. As of 2020, Bill Maher’s net worth is $100 million.