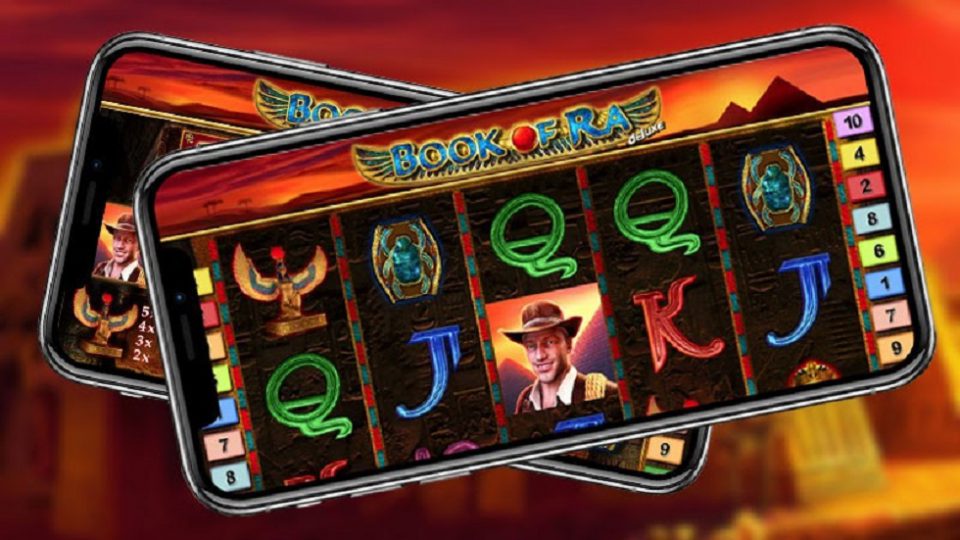 The era of advanced smartphones with great capabilities was a major breakthrough that trickled down to assist the gambling industry to create the most convenient slots to play. Mobile slots allow you to play in the comfort of your house, car, office, school or business premises. They are typically portable games that you can walk around with and jump into action whenever you feel like.

You can play mobile slots on your smartphone or tablet through the HTML or Flash format that enables you to gamble through your mobile browser. Both the free and real money slots are available on mobile for you to play for fun and win big if you are lucky. These games come in different sizes and shapes; therefore, they can appeal to gamers with different tastes. They have a varying number of paylines, reels, jackpots, and themes.

Lovers of pop music can settle for exciting games like Jammin Jars slot while others can follow the slots of their liking. The introduction of modern video slots enhanced the gaming experience because it led to the development of themed games with outstanding graphics and sounds. Initially, most sets were fruity slots with fruit symbols like cherries, watermelons, lemons as well as the bells and 7s. This is typical of classic slots but was quickly becoming monotonous for the modern gambler.

Software developers put tireless effort into the creation of slots with diverse themes. They tap into the popularity of different films, art, music, and more by building games based on them. Luckily, these sets have been optimized to run flawlessly on mobile, thus creating great selections for mobile gamers to choose from. Here are the top 5 most popular themes of mobile slots in 2020:

This theme has been used for years, but software providers do not seem to get enough of it. Many games have been created to exemplify the benevolence of the pharaohs, the glamour of Cleopatra, the greatest Egyptian queen, and the magnificence of the pyramids. They have been beautifully adorned with signature symbols like the scarab beetles, tombs, and the Egyptian gods like Anubis, Osiris, Horus, and Ra among others.

Because of the countless number of Egyptian themed slots, software developers attempt to develop fantastic titles to capture the attention of punters. The dawn of these games began with the advent of land-based slots like Novomatic’s Book of Ra, which was later created for online and mobile versions. It was followed by sequels such as Book of Ra Deluxe 6. This series is so similar to the Book of Dead slot.

The Cleopatra slot by IGT is another popular Ancient Egypt that doesn’t seem to grow old. It was launched in 2012 and continues to feature in the list of the best slot games ever created almost a decade later. Microgaming also created a Mega Moolah sequel based on this theme after the feat of the original game that was centred on a jungle theme.

The Oriental or Asian theme has a history that dates back to gambling in Macau, the Asian casino hub with comparable success to Las Vegas. Slots with this theme feature dragons and gold that have remained a symbol of wealth for several years. You will also enjoy the view of Chinese architecture, which usually forms the background of most of these games.

You can immerse yourself in these slots and experience the wonders of the Far East. Oriental-themed games cover the lives and cultures of countries like Japan, China, Korea, and more. Furthermore, they tend to be quite generous compared to other games, possibly because of their obsession with gold.

3. Movies and Series Based Slots

The film industry is the most profitable business in the entertainment industry. There are many fantastic films that were too popular to remain confined to the big screens. Most software developers get into partnerships with movie producers to get licenses to create slot machines based on their movies.

These slot games usually have top-notch graphics and sounds that exemplify the movie theme. Most of them resemble the movie greatly and use the main characters to award winnings. They also use the same background and animations that were present in the film. Since the films are associated with a certain class, the software providers must do a fantastic job to protect the brand.

The most popular film of recent times is the Games of Thrones and Microgaming did a tremendous job creating a slot with its theme. Playtech has also developed a beautiful selection of games based on Marvel films. The most remarkable movie-themed titles include Justice League, Jurassic Park, the Planet of the Apes, Terminator II, Rocky Slot, and Top Gun among others.

These slots usually have outstanding looks, crisp sounds, and exciting bonus features that attempt to reciprocate the ultimate glamour of the actual film. They are certainly worth spinning.

Greek mythology is arguably the richest in the entire world. The tales of powerful gods and humans with superpowers can be a great inspiration for slot machines. There are several games with this theme that follow the life and times of various characters while awarding winnings to punters. The slots are also intertwined with movie simulations and soundtracks to make them even more captivating.

The Icarus Wilds slot, for instance, follows the story of Icarus who was attempting to flee from Crete using wings made of feathers and wax. As he approached the sun, the wings melted leading to a thunderous fall back to earth. Even though gamers will not experience the same fate, this slot exemplifies the wealth of Greek literature. Some of the latest mobile slots with this theme include the following:

You should certainly play these slots to take part in the fun of Greek mythology. They are also quite popular among mobile slot developers so each of them tries to do an outstanding job to outwit their competitors.

Music is a prominent part of the life of everybody’s life, actually, it is virtually impossible for the average human being to stay a whole day without listening to music in one way or the other. All mobile slot games incorporate soundtracks to create an engaging atmosphere for gambling. Hence, the music-themed slots take the excitement a notch higher since they tend to pay homage to the biggest artists and bands by using their music and characters.

There are many mobile slots with this theme. They include Guns N’Roses, Kiss Slot, Jimi Hendrix, and Michael Jackson King of Pop slot, The Phantom of the Opera, Karaoke Party, and Megadeth among others. The Esqueleto Explosivo 1 and 2 by Evoplay Entertainment are also fascinating sets that commemorate the Mexican Day of the Dead festival using a band that is composed of five skeletons.

These slots feature prominent artists that hit the airwaves right from the 1960s to recent times. Jimi Hendrix, for instance, was popular in the 60s while others came later on. You will definitely enjoy the gameplay as you listen to your favourite music and win big. For a more exciting experience, you can plug in your earphones or headphones to keep the music closer to your ears.

These are the top 5 most popular themes of mobile slots in 2020. However, there are other themes with fantastic slots worth spinning. They include horror, fairy tale or magic, jungle, fruity, Christmas based slot machines, and others. All these themes have numerous mobile slots that compete to attract the gamblers. They have multiple paylines, free spins and multipliers, and great winning potential.

There is no apparent reason why people opt for themed slots. It could be because they are often modern releases with exceptional bonus features and spectacular graphics. However, the main reason to play such games is to take part in the action of a familiar thing that appeals to you. It is definitely more fun to play a slot that is based on your favourite film or music band. The plain and simple mobile slots can lead to wins but will not keep you glued to your phone for hours like the themed ones.

The top five most popular mobile slot themes of 2020 are the Ancient Egypt theme, Oriental theme, Movie theme, Greek theme, and the Music theme. They have numerous titles based on them that have diverse exciting features. You can try out the slots in the top casinos for an unforgettable experience.

3 Ways to Get Your Credit Score Back on Track

How Do You Play 5-line Bingo?