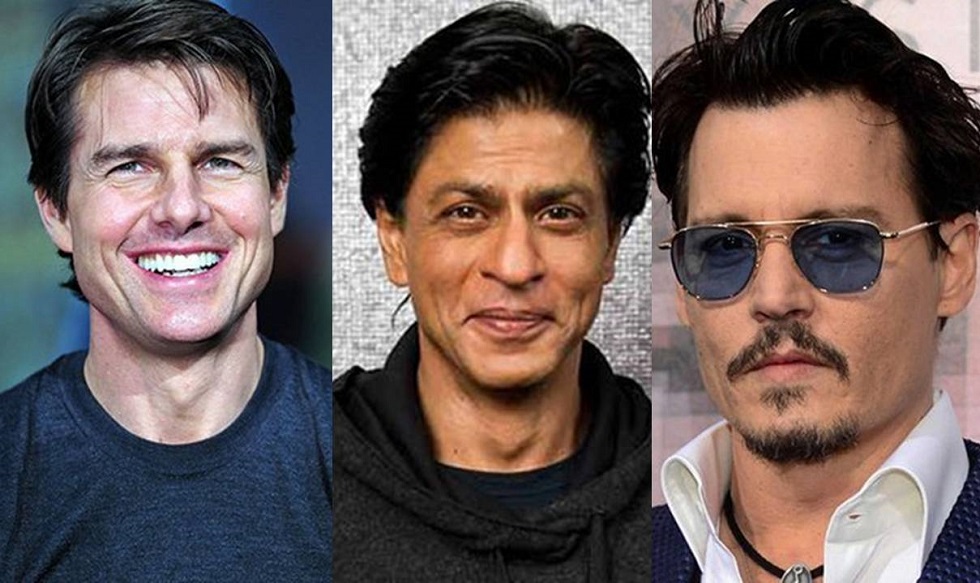 Great Actors from all across the globe have always left a huge impact on their audience. They entertain, impart knowledge and even inspire. In fact, some actors have a cult following that makes them a guarantee for blockbusters. Hence, such actors receive hefty paychecks from producers, which in turn, facilitates them to accumulate colossal wealth. Do you want to find out the names of the richest actors in the world in 2021?  If so, then we’ve got you covered.

Here we present to you our well-curated list of the 20 richest actors in the world based on their current net worth:

With a net worth of $600 million, Shah Rukh Khan tops the list of the richest actors in the world (2021). An Indian actor who hails from New Delhi, Khan is well known among masses as “The King of Bollywood” or “King Khan.” He has acted in over 80 Hindi movies and he is better known as a romantic hero. He has garnered worldwide acclamation and won several awards for his dramatic performances. Some of his blockbusters include Dilwale Dulhania Le Jayenge, Kuch Kuch Hota Hai, Veer-Zaara and My Name Is Khan.

Tom Cruise is a producer and actor based in the United States. He is the second richest actor in the world with a net worth of $570 million. He hails from New York and has gained worldwide acclamation as one of the best actors. Some of his most popular classics of all times include Magnolia (1999), A Few Good Men (1992), Mission Impossible (1996) and

This versatile actor holds a net worth of $425 million. He is a popular film director-actor and producer from New York. People admire him for his convincing performances. Some of the actor’s famous movies include The Passion of the Christ, and We Were Soldiers and Braveheart. He has won awards like Academy Award and Golden Globe. His notable performances have inspired many hearts.

Adam Sandler, an American actor and producer, is one of the most famous artists of all time. Ranked 5th in the list owing to the net worth of $420 million, he is often regarded as one of the highest earners. Billy Madison (1995), Anger management (2003), Spanglish (2004) and Happy Gilmore are some of his most popular movies of all time. One of his movies hit a $271 million mark at the box office.

Popular as Big B in the Bollywood Industry, Amitabh Bachchan is a renowned actor and public figure in India. His excellent performance in movies earns him the title of the best and most highly-paid Bollywood star. Movies like Black (2005), Deewaar (1975), Don (1978), and Agneepath (1990) exemplify the incredible acting performances of this versatile actor. The veteran actor occupies 6th position on the list of top richest actors in the world owing to his net worth of $400 million.

Jack Nicholson is a famous American producer, writer, and actor. A native to New York City, he is well known for his flawless performance in flicks like The Cry Baby Killer, The Shining and The Raven. Owing to his fantastic performances, he has earned a lot of worldwide acclamation with a net worth of $400 million.

Sylvester Stallone is an American actor. He is a part of two of the best movies of all time. His acting in Rocky, Rambo, and Creed stole everyone’s heart. Some of his films have generated over $4 billion in the box office. He is one of Hollywood’s highest-paid actors. A net worth of $400 million in 2021 makes him one of the richest actors in Hollywood.

Who doesn’t know him for his incredible body? The start of Arnold Schwarzenegger’s career began as a professional bodybuilder. Later on, he rose to become a popular Hollywood icon. He is popular for his performances in The Terminator (1984), Predator (1987), Recall (1990), Commando (1985), Last Action Hero (1993) and True Lies (1994). Arnold Schwarzenegger’s impressive acting skills have fetched him a net worth of $400 million. Besides his acting skills, he is an eminent bodybuilder and is famous as one of the wealthiest bodybuilders of all time.

With the net worth of $400 million, Mary-Kate and Ashley are popular American actresses. Besides, they are also professional fashion designers and businesswomen. These women have gained the title of the richest women in the world of entertainment.

Clinton Eastwood is an American actor, filmmaker, and musician. He has also gained a lot of critical praise. With a Net Worth of $375 million, the actor from San Francisco has gained worldwide acclamation. According to Box Office records, films by Eastwood have grossed a total of $2.7 billion. Some of his notable movies include Unforgiven (1992) and Million Dollar Baby (2004).

Chan Kong-sang, professionally known as Jackie Chan, is an eminent personality. He is a Hong Kong-based martial artist, actor, director, producer, and singer. Apart from his multi-faceted talents, he has gained lots of praises in the cinematic world. He has firmly established his name for the acrobatic fighting style, use of improvised weapons, and innovative stunts. The brilliant display of his acting skills is apparent in movies like Drunken Master (1978), The Forbidden Kingdom (2008), Around the World in 80 Days (2004) and The Tuxedo (2002). He had been acting since the 1960s. His appearances in over 150 films have gained him enough popularity alongside fetching him a net worth of $370 million.

Keanu Charles Reeves is an actor, director, producer, and musician from Canada. Starring in numerous movies like Bill and Ted franchise (1989–present), “The Matrix”, supernatural action horror Constantine (2005) and “John Wick” gained him enough popularity. He has appeared in several drama films like Dangerous Liaisons (1988) and Little Buddha (1993). The actor has a net worth of $360 million.

With a Net Worth of $350 million, Sir Sean Connery is next in our list. He is a retired Scottish actor and producer. His achievements include the Academy Award, three Golden Globes, and two BAFTA Awards. Connery is well known for the portrayal of his role in the legendary James Bond. The tall, handsome and muscular actor from Scotland is best known for his role in the James Bond movie franchise.

Tom Hanks is a famous American producer and actor with a net worth of $350 million. He has starred in films like Forrest Gump, Da Vinci Code, and Angel and Demons. Some of his films have even grossed-up more than $69 million. The immense success which he made in the fantasy-comedy “Big (1988)” has given him enough recognition.

With a Net Worth of $300 million, next is Michael Douglas. He is popular among masses as an American producer and actor who hails from New Jersey. He rose to popularity as one of the biggest shakers and movers in Hollywood. Douglas is an exceptional personality and one of the most successful producers. He is well known for the leading roles in movies like One Flew Over the Cuckoo’s Nest (1975), The China Syndrome (1979) and Traffic (2000). His other popular films include Fatal Attraction (1987) and Romancing the Stone (1984).

His record-breaking performances in the top action movies have proved him to be one of the leading actors in the world. The net worth of this famous American actor, film producer, and rapper is $300 million. He had become a millionaire in the early stage of his career before he turned 20. Some of his leading performances are apparent in movies like “The Fresh Prince of Bel-Air” and “Men in Black”. Record-breaking performances in three premiers in 24 hours got him listed in the Guinness Book of World Records.

Robert Downey Jr. has evolved as a leading respected actor in Hollywood. There is a long list of credits associated with his name. Downey consistently ranks in the Forbes list for his superstardom and success. He has earned the bulk of wealth from his high grossing films.

With a net worth of $300 million, Robert Downey Jr. is popular among masses as an American actor and singer. Some of his leading roles can be seen in movies like Iron Man, Sherlock Holmes, and The Avengers.

Robert De Niro is a famous face to avid fans of Hollywood movies. Some of his leading films include “Meet the Fockers”, “Meet the Parents”, “Dirty Grandpa” and “The Intern”. He is also popular for classical movies. Some of his classic works include “Goodfellas”, “The Godfather Part II”, “Analyze That”, and “Heat”. With the estimated net worth of $300 million, he occupies the 19th spot on the list.

Brad Pitt is both an American film producer and an actor. He has an estimated Net Worth of $300 million which puts him in the 20th position. He hails from Oklahoma and is popular among masses for his stunning performances in movies like Seven, Fight Club and Ocean’s Eleven. This inspirational artist has inspired countless magazine covers. He rose to become the Hollywood’s hottest face and the “Sexiest Man Alive”. He has also established the film company “Plan B”. Pitt is the producer of the “Inglourious Basterds,” a high grossing film.

By carving out a career in acting, many actors have managed to make a fortune for themselves. Our list of 20 richest actors in the world in 2021 shows how much some actors have earned.

With their name and fame, they serve as perfect inspiration to others who aspire to emulate them by choosing acting as their career.

Reasons Behind a Rapid Increase in Eye Diseases. Can Eyeglasses Be of Some Help?