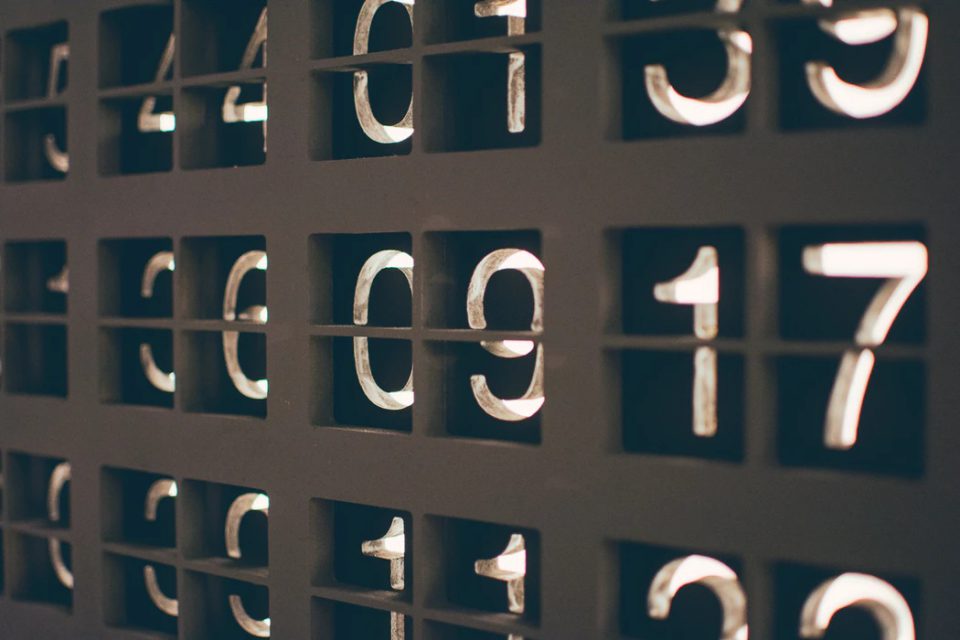 Although the lottery is a game of luck, these strategies can help you to choose numbers effectively and will improve your chance of winning the big money.

The lottery is a game of chance. Winning lottery numbers are drawn at random. This means that there is no absolute method by which you can predict the numbers that will come up. But it doesn’t mean that you can’t do anything to increase your odds of winning.

Many people follow certain strategies for improving their chance of winning a jackpot. These strategies are based on choosing lottery numbers that have a bigger chance to be drawn. We have seen some people win the lottery multiple times by following strategies. Who knows? Some of these strategies may turn out lucky for you as well!

So if you have decided to buy Florida lottery tickets, Mega Millions tickets, Powerball tickets, or any other lottery games, the following strategies may be helpful for you.

To use this strategy, you need to analyze the previous results of the lottery. List the recent winning numbers and the numbers that have not been drawn lately. You need to look over at least fifty past drawings in order to get enough data.

Overdue numbers are basically hot numbers that haven’t shown up lately. That means, they are frequently drawn numbers but have not been picked in recent weeks. These numbers are likely to be picked soon. Many people mix these hot, cold, and overdue numbers to make a set of winning numbers.

In this system, you need to choose some common/hot numbers and combine them with other possible numbers to determine the ticket numbers that have higher chances of winning.

And all other possible combinations that have the main four numbers. For this, you would need to buy hundreds of tickets.

Most people do not want to purchase so many tickets for a single drawing. You can decrease the cost of the wheeling system in the following ways:

There are some lottery systems that study the winning lottery numbers to find out if there is any pattern, such as the Delta Lottery System. In this system, lottery numbers are chosen based on the mathematical differences between adjacent winning numbers.

There are many other patterns like this. Search the recent winning lottery numbers on lottery websites and try to find a pattern that may work for you.

However, we do not recommend using mathematical arithmetic progressions. For example, adding 5 to the numbers, like 05-10-15-20-25-30, or multiplying the numbers with a specific number.

4. The Odds And Evens Pattern

In this strategy, the probability of picking up an individual number is not important. Rather, the probability of a group of numbers being drawn is studied here. Based on this theory, there is less of a chance that all odd or all even numbers will be drawn. According to the history of Florida Lottery winning numbers, this may occur in less than 1 percent of cases.

In most cases, winning numbers consist of both odd and even numbers. So to improve your chance of winning, pick numbers that have both odds and evens. The best patterns are 4/2, 2/4, or 3/3. This means in 3/3, you should select 3 odd numbers and 3 even numbers. These three mixtures have 82 percent chance of emerging as winning numbers.

5. Do Not Pick a Combination That Has Been Drawn Before

It is not a good idea to choose the same numbers that were a previously winning combination. For a group of the six same number combinations, it takes about 3000 years to repeat again.

An example of extreme numbers is 01-02-03-04-05-06. These types of numbers have very few chances to win. According to Florida Lottery history, this kind of combination has never won.

7. Avoid Picking All the Numbers from One Group

Sometimes, numbers from one or more than one group are missed if more than one number is drawn from a particular group. For instance, on June 15, 2013, the winning numbers were 03-16-19-20-32-52. There is no number from the group 40-49. Check the lottery websites and analyze the previous lottery results. This will help you to understand which group you should omit and which group you should give more importance to.

Most of the time, the winning numbers are from the entire number field. Usually, the number field is split in half, with the lower half being 1-26 and the higher half 27-53. There is a very low chance that the winning combination will be all low or all high numbers.

The best mix is 3/3, 4/2, and 2/4. For example, if you decide to follow the 2/4 pattern, you will need to pick two numbers from the lower half and four from the higher half. These three patterns win in more than 80 percent of cases.

The quick pick option is the easiest and the fastest method of choosing numbers. In this method, you simply let the computer choose the numbers for you. According to our study, 70 percent of Powerball winners used the quick pick option.

12. Target a Set of Lucky Numbers

This is one of the oldest and easiest lottery strategies. In this method, you simply choose a set of lucky numbers and stick with it. Play the numbers every time you buy tickets. These numbers can be your anniversary, birth date, or any number that you feel is lucky for you.

Here the theory is if they have not been drawn yet, they have a better chance of being drawn the next time. From a probability standpoint, this may sound unlikely, but we have seen people win using this strategy.

Following a lottery strategy is fun and it can highly motivate you to enter a game and win it. But be warned that no strategy can guarantee your victory. Just experiment with some different ways and trust in your luck.

What to Know About Class-Action Lawsuits