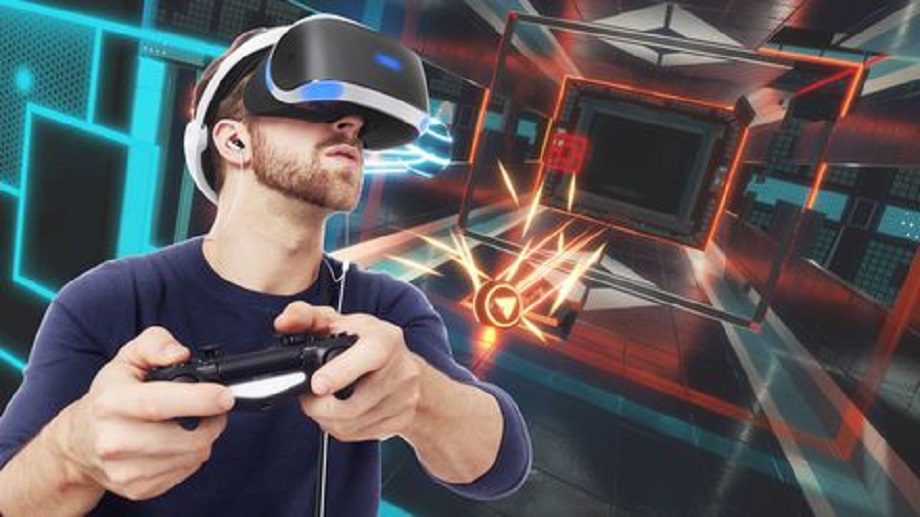 Virtual Realty (VR) gaming has been around since past few years until recently it got huge fan following and market acceleration due to immersive pleasure it offers its players with. Also, since earlier it was not available easily due to cost factors or unavailability that made VR concept unknown to many, except for the gadgets and gaming freaks. However, in 2018, many software developers created various VR games that made this technology immensely popular where the masses of all age are taking full advantage of this new technology. Although there are many VR games available at our fingertips, we at Dailyhawker.com have shortlisted top 10 virtual reality games for our readers that can be played from anywhere and anytime by simply acquiring a VR headset and installing a gaming software.

Need for speed, a racing game software of Electronic Arts franchise have sold its bestselling game to mobile VR. Thereby, this new game has been given a new name: Need for Speed No Limits that has become one of the most sensational games in mobile phones. Putting you in a cockpit surrounded with best 30 cars including Porsche 911, Lamborghini Aventador LP 7004, this game will transport you to the other world. The street racers beat their rivals’ cars while safeguarding themselves from falling into the hands of cops that also earns them more points to buy new racing car along with upgrading the existing ones. This game consists of 60 events played in 12 tracks that has already gained much attention from the race lovers. The motion controllers’ headsets perfectly engage the turbo, controls the steering and drifting that makes this game first choice for racing in mobile phones.

This multiplayer game has the capacity to hold up to eight players who jumps into fierce actions taking place in a junk ship. There is a room-scale in which the size of the play area can be set up in your room with a Vive Headset. The basic theme behind this game is to create a fighting scene in post-apocalyptic world present in a desert wasteland between robots and men who hovers above the junk ships. All the action seems frenetic and quick when the players shoot one another in the game with the assorted weapons that can be held by both hands. The Junkers present there can attack you any time and come in front from any place for which you need to keep moving constantly, jumping side by side and shooting in every direction. This game will make you do a nice workout along with enjoying it and lastly, do not miss to thank its multiplayer feature and various game modes.

This game gives the coolest VR experience, but unfortunately it has just one single mission that kept this third in our list. Nevertheless, people having a play station VR will never miss flaunting this game to any passers-by. Dice and Electronic Arts created this multiplayer masterpiece game along with Star Wars Battlefront in 2017. In 2018, they worked together with Criterion games to make additional implements in the game that added free VR mission into the game, putting you inside original looking X-Wing’s rookie pilot similar to the actual Star Wars Trilogy. The game will make you wander into an asteroid surface, taking in a TIE-Fighters just like original George Luca’s movies. Although there are many replay values in the game, we still wish that EA creates full-fledged Star Wars games for us.

Minecraft has become very popular among kids of every age due to its unique take on building of virtual bricks along with sharing exclusive creations with the world. No wonder you can take this game just like an older version of Minecraft, but in VR, this game will give you most enjoyable experience. Unlike other mobiles, consoles or PCs, spending much time in VR due to Minecraft may tire your eyes and so we recommend here to not to give over excessive time in this game just because you are unable to leave most enjoyable experiences. By fixing a problem, Mojang has allowed the players to pull out from one-person perspective to the large screen’s 2D perspective while turning right and left. This game has undoubtably become the most additive games in last one decade.

In this game, five to seven players can play altogether in a cross platform interpreted into a traditional party game generally called as Werewolf or Mafia. In the game, all the players gather around a virtual bonfire in middle of a town named Gallowston to play. Each player is automatically assigned with a character namely Saint, Villager, Gossip, Drifter or a werewolf. The basic concept of the game is to hunt a werewolf at a time where the game is filled with deception, gestures and conversation that is controlled via hand controllers and face motions. This game again transports you to another world and another time ensuring no two games played will be similar to one another.

This is a musical-rhythmic game filled with twists and turns. The setup of this game is similar to other musical games like Guitar Hero, Rock Band and Audio-surf. But, in this game, instead of handling a fake instrument or a virtual ship, you clear your path with songs played via virtual laser swords. While the music starts, the Beat Saber will generate various patterns of colourful coded blocks onscreen that must be knocked with appropriate (left or right) controllers by you. Meanwhile, you may face many obstacles, but you have to slide them or duck them away making no mistakes. This game cannot be played by simply sitting at one place and if you want to experience a cool music along with active movements, Beat Saber will prove worth exploring.

This is yet another racing game that will place you in a virtual driver’s seat, giving you a circuit racing experience. While creating a sensation of real-world racing and driving to the minutest details like breaks assistance, hand positioning and steering wheels systems etc., this game will make you feel present in a live track, like a real car racer. To go to absolute realism, you can even get rid of HUD. The environmental and visual effects given to the Project Cars 2 looks excellent that includes variety of terrain and weather controls along with 180+ cars lined up adding to the level of sophistication.

This virtual reality game is based on arcade shooting that perfectly ensembles VR platform. The basic task performed in the game is based upon shooting some space rivals using dual blasters weapons or any upgraded weapon you own during the game to move at the top level in Space Pirate leader score board. However, to reach the top level, you have to completely engage your mind and body into the game. That’s true! Physically, you have to safeguard yourself from foreign incomings and in return have to fire them up to move ahead. This game takes place in vibrant and artistic space environment that completely suits fast action pace.

This time bending shooting game proves the most stylish ever in the VR world. The main peculiarity of this game is that whenever you stop moving, the world around you also stop at once. This game has also become additive as per feedbacks and response received from its players. Precisely, this game is very easy to focus upon and play as every level gets loaded and restarted promptly once completed that makes players more engrossed until the targeted challenge is fulfilled. For completing a level, you need to defeat all the red enemies marching towards you who will always try to eliminate you from the game. To win, you need to utilise your wits, guns, swords, fists and every element present like bottles and coffee mugs that can shun the attackers.

This is an adventurous game themed on aquatic environment in which more elements will be added in near future to get explored. In this game, a passenger spaceship crashes into the lands of ocean planet named 4546B. Your player remains unreachable and left marooned because of an ancient alien defence system in the island called Quarantine Enforcement Platform. You will receive instructions eventually on how to escape from that planet after disabling the defence system properly. Meanwhile, you also need to take care of players health along with building tools and resources from the 4546B aquatic environment. As the game proceeds, you will uncover many resources from ancient times of Subnautica’s vast ocean that also becomes a special treat to your eyes.