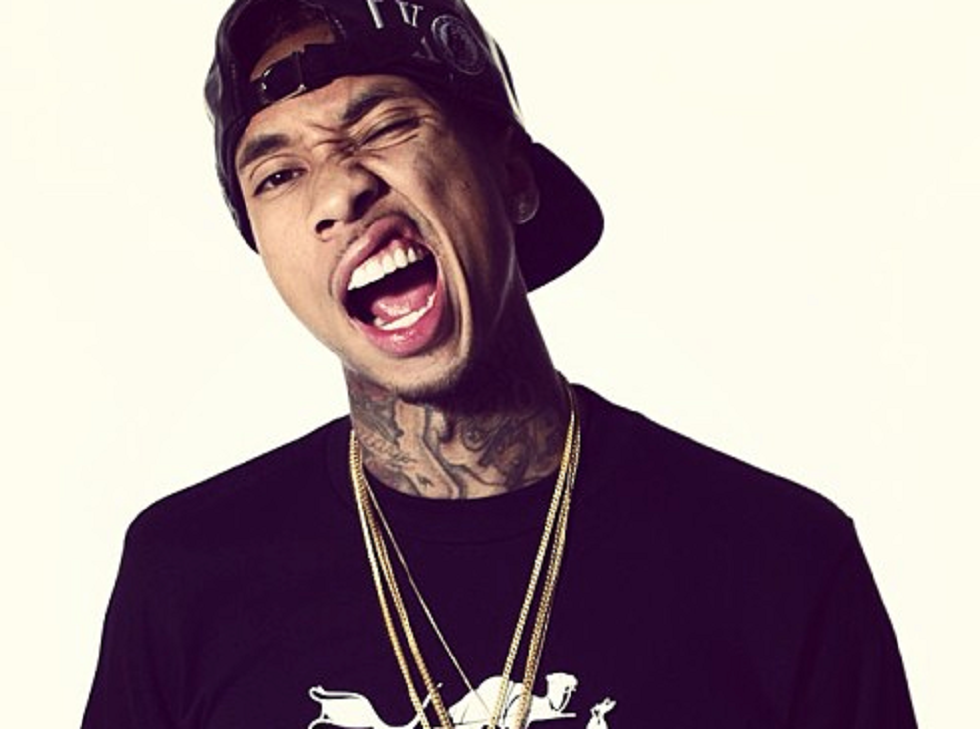 Micheal Ray Stevenson, famously known by his stage name of Tyga (a backronym for Thank You God Always) is a famous American rapper, songwriter and actor. Co-incidentally,  Tyga is straight outta Compton, California. Over the course of his young career, Tyga has produced hits like ‘Rack City’, ‘Faded’, ‘Far Away’, ‘Still Got It’ and ‘Show You’. Tyga started his career with numerous independent releases. At a young age of 19, Tyga signed his major label deal with Young Money Entertainment, Cash Money Records and Republic Records in 2008. After a slew of poorly reviewed albums and low sales volume, Tyga released his hit single ‘Taste’ featuring Offset in 2018. That single climbed all the way up to number 8 on the Billboard Hot 100 chart. This was Tyga’s first Top 40 single since 2015’s “Ayo” with Chris Brown. “Taste” also served as the lead single for Tyga’s 2019 album, Legendary. The music video of “Taste” has over 900 million views on YouTube. As a result of his renewed success, Tyga’s net worth as of 2020 is $3 million dollars.

Tyga: Net worth, life and career

Where was Tyga born?

Micheal Ray Stevenson “Tyga” was born in Compton, California on November 19th, 1989. Tyga lived in Compton till the age of 12 when his parents moved to Gardena. He is of Jamaican and Vietnamese descent. His mother was born in Vietnam and her maiden name was Nguyen.

Who were Tyga’s role models while growing up?

Tyga grew up listening to Lil Wayne, Fabolous, Cam’ron and Eminem. He saw them as his chief influencers and role models.

Tyga has claimed that he grew up in the low socioeconomic area of Compton, but in a leaked footage from the television show Bustas, he was caught saying that he grew up in a well to do home in the Valley and his parents drove a Range Rover. When asked about the information revealed in the video leak, Tyga said this in response via Twitter: “When u 14 an ambitious u don’t give a fuk about anything. Scripted tv isn’t that what we all live for.Hahahaha.”

After the success of Tyga’s debut album ‘Young On Probation’, he signed a recording deal with Lil Wayne’s ‘Young Money Entertainment’.

Tyga’s cousin, MacCoy toured with Gym Class Heroes and made his first album ‘No Introduction’ in 2008. His track ‘Diamond Life’ featured in the movie ‘Fighting’ as well as the video games ‘Need for Speed: Undercover’ and ‘Madden NFL 2009’.

Tyga made a number of mixtapes before he made his first studio album. By then he had already established himself and was recording for Lil Wayne’s record label Young Money Entertainment along with Cash Money Records and Republic Records.

After his initial success with Lil Wayne’s record label, he began collaborating with big names like Chris Brown, Rick Ross and Bow Wow. Tyga released ‘Careless World: Rise of the Last King’ in 2012 which peaked at number #4 on the US Billboard.

After some serious disagreements with Young Money, Tyga chose to release his fourth album The Gold Album: 18th Dynasty independently. It immediately became his worst selling album till date. It only sold 5000 copies in its first week. Tyga suffered from a string of poor commercial sales and bad critical reviews till his 2018 single with Offset called “Taste”. That single peaked at number 8 on the Billboard Hot 100 charts.

What is Tyga’s net worth?

Here are some of the highlights of Tyga’s career:

“A lot of people don’t know I’m from the West Coast. My swag is different. Me being from Young Money, affiliated with them, some people think I’m from down South. They think maybe I’m from New Orleans like them. It’s just good to show people and build outside of Young Money, build my brand outside of that.”

“Sour Patch, Swedish Fish. I love candy, man. I can’t go without candy. And when I’m recording, I always have a TV on with cartoons – on mute, though. When I’m recording, I like to look at the TV now and then and see some crazy, wacky stuff. When you’re thinking creative, it just keeps you creative. Everybody got their way of making music.”

“I don’t follow trends. I’m a trendsetter. I represent all the younger generations; fly kids, creative kids – they look up to me. I got a program that’s called ROAR. I go to all high schools everywhere we go, and I talk to all the kids, and I give away 30-35 tickets and passes to the kids doing good in school. Stuff like that means a lot to me.”

Tyga has definitely made a name for himself in the hip-hop industry. Tyga’s net worth as of 2020 is $3 million. He has been working with some of the best producers and artists and his album and songs have been sold worldwide. With renewed success and fame, Tyga’s net worth is set to rise over the coming few years.