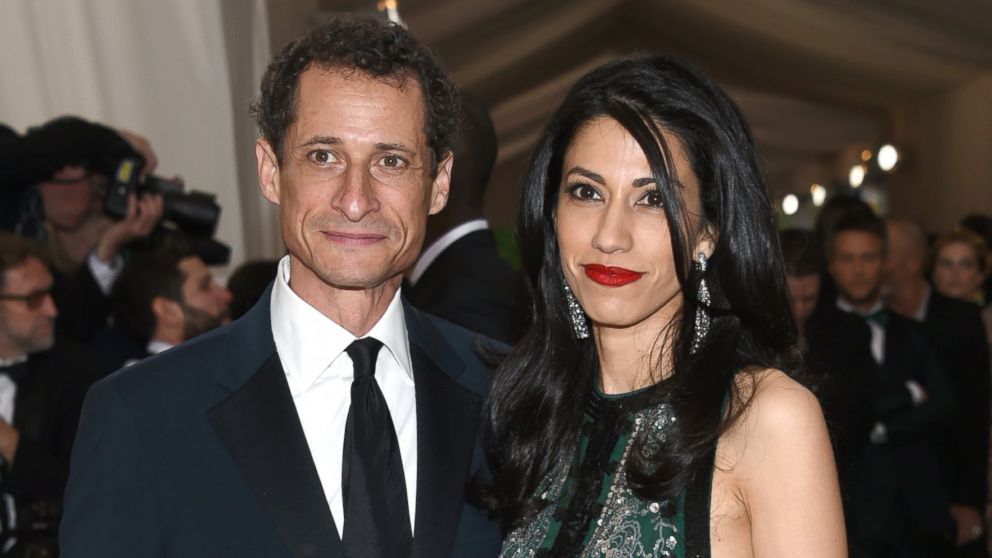 Read about Huma Abedin from Saudi Arabia whose life involves scandals – from her marriage and from being the vice chairwoman of Clinton’s 2016 presidential campaign.

Who is Huma Abedin?

Huma Abedin has been working with Hillary Clinton since 1996 when she was plucked out as a student, at George Washington University.

Back in 1996, she was only 19 years old when she was assigned to the then First Lady’s office. Over the years, she has maintained her relationship with Clinton so much to the point where she’s often called her “shadow”.

Then in the 2000s, Abedin was serving as both the back-up to Clinton’s personal aide as well as Clinton’s aide and personal advisor while Clinton was campaigning for the U.S. Senate.

Forward to 2008 and Clinton ran for president. At this point, Abedin was known as Clintons “body woman and traveling chief of staff. Later Huma Abedin became Clinton’s deputy chief of staff in the State Department.

In 2016, she climbed further to becoming the vice chairwoman of Clinton’s 2016 presidential campaign.

Where is Huma Abedin from?

Like many Muslims, the Abedin family moved to Jeddah (Saudi Arabia), where Huma (aged 2 at that time) was raised and lived until returning to the United States for college. Huma traveled frequently during her childhood and teenage years, and attended a British girls’ school. She comes from a family of high educators as her father, born in New Delhi (India) on April 2, 1928, was an Islamic and Middle Eastern scholar of Indian descent, who received his PhD from the University of Pennsylvania.

In 1978, her father formed the Institute of Muslim Minority Affairs, an organization devoted to the study of Muslim communities in non-Muslim societies around the world. In 1979, he formed the Journal of Muslim Minority Affairs, which his wife took over after his death; Huma was listed as an associate editor from 1996–2008. Huma’s mother was born in colonial India (now Pakistan after the 1947 British Partition). She received her PhD from the University of Pennsylvania, and is currently an associate professor of sociology and dean at Dar Al-Hekma College in Jeddah.

At age 18, Abedin got accepted to George Washington University, where she earned a Bachelor of Arts degree as a journalism major with a minor in political science. As a teenager, she wanted to grow up to be a journalist like her role model Christiane Amanpour. Huma also wanted to work in the White House press office.

During her education at George Washington University, Abedin began working as an intern in the White House in 1996, assigned to then-First Lady Hillary Clinton. Between 1996 to 2008, she was an assistant editor of the Journal of Muslim Minority Affairs. As the years went by, she served as the back-up to Clinton’s personal aide.

Huma officially took over as Clinton’s aide and personal advisor during Clinton’s successful 2000 U.S. Senate campaign in New York and later worked as a traveling chief of staff and “body woman” during Clinton’s unsuccessful campaign for the 2008 Democratic presidential nomination. According to a number of Clinton associates, Abedin is a trusted advisor to Clinton, especially in the Middle East, where she is known for that expertise.

Anthony David Weiner (born September 4, 1964) is an American former Democratic congressman, and convicted felon who represented New York’s 9th congressional district from January 1999 until June 2011. He won seven terms as a Democrat, never receiving below  60% of the vote. Anthony Weiner stepped down from Congress in June 2011 after an incident in which a sexually suggestive photo that he sent to a woman via Twitter was captured and publicized.

On May 19, 2017, Weiner pleaded guilty to another, unrelated sexting charge of transferring obscene material to a minor, and was sentenced to 21 months in prison, ordered to pay a $10,000 fine,and was required to permanently register as a sex offender. Weiner began serving his federal prison sentence in November 2017. He was released from prison in February 2019, and released from halfway house custody in May 2019.

A New York City native, Weiner attended public schools and graduated from SUNY Plattsburgh in 1985 with a B.A. in political science. He was a member of the New York City Council from 1992 to 1998 and a congressional aide to U.S. Representative Chuck Schumer from 1985 to 1991. Weiner was an unsuccessful candidate for Mayor of New York City in 2005 and 2013 New York City mayoral elections.

What happened to Huma Abedin’s husband?

Huma Abedin’s life blew up in the tabloid following a scandal her husband accidentally created.

Interestingly, Huma and Anthony are not married anymore. Huma Abedin told The New York Times Magazine that: “It took a lot of work, both mentally and in the way we engage with each other, for me to get to a place where I said: ‘O.K., I’m in. I’m staying in this marriage’

This changed in 2017 when Abedin had filed for divorce from Weiner, the same day Weiner entered a guilty plea with prosecutors, but withdrew the petition in January.

According to an article from July 2019,  it seems the two have patched things up, as Weiner was caught on camera dragging a luggage trolley full of boxes in and out of her apartment.

What happened to Huma Abedin in 2011?

Huma Abedin’s life blew up in the tabloid following a scandal her husband accidentally created in 2011. He accidentally tweeted out to his tens of thousands of followers an explicit picture he intended to privately send to a 21-year-old college student in Seattle.

Is Huma Abedin still with her husband?

According to an article from July 2019, the former Congressman Anthony Weiner who is a registered sex offender and conviced felon is now living with Huma Abedin (the vice chairwoman of Clinton’s 2016 presidential campaign). Weiner had been a Democratic rising star and a strong contender for New York City mayor.

Anthony Weiner was spotted moving into the Manhattan home of Abedin, a top aide to Hillary Clinton in the Senate, as secretary of state, and through her 2016 presidential race, the Daily Mail reported. He was caught on camera dragging a luggage trolley full of boxes in and out of her apartment. They have started to live with each other after her husband Anthony Weiner finishing his 21-month sentence behind bars for sexting with a 15-year-old girl. In 2011, he left Congress abruptly after sex-laded texts with adult women went public.

So if he’s moving in with her, are they still married?

No. In 2017 when Abedin had filed for divorce from Weiner, the same day Weiner entered a guilty plea with prosecutors, but withdrew the petition in January.  In 2019, the two have patched things up most likely because they have a 7-year-old son. When Weiner left his halfway house in May, he said he wanted to get back with his family.

“I hope to be able to live a life of integrity and service, and I’m glad this chapter of my life is behind me,” he said at the time. Per the conditions of his guilty plea, Weiner must register as a sex offender for the next 20 years. While out of politics for the time being, reports indicate Weiner is interested in writing a book and starting a marijuana business.

Huma Abedin and her husband’s scandal played a role in the 2016 presidential election controversy concerning Russian interference into the contest between her former boss, Democratic nominee Hillary Clinton, and Republican nominee Donald Trump.

Later in 2016, federal law enforcement officials discovered and stated that emails pertinent to the closed investigation into Clinton’s private email server were discovered on a computer belonging to Huma Weiner. Will the scandals surrounding this woman ever end?