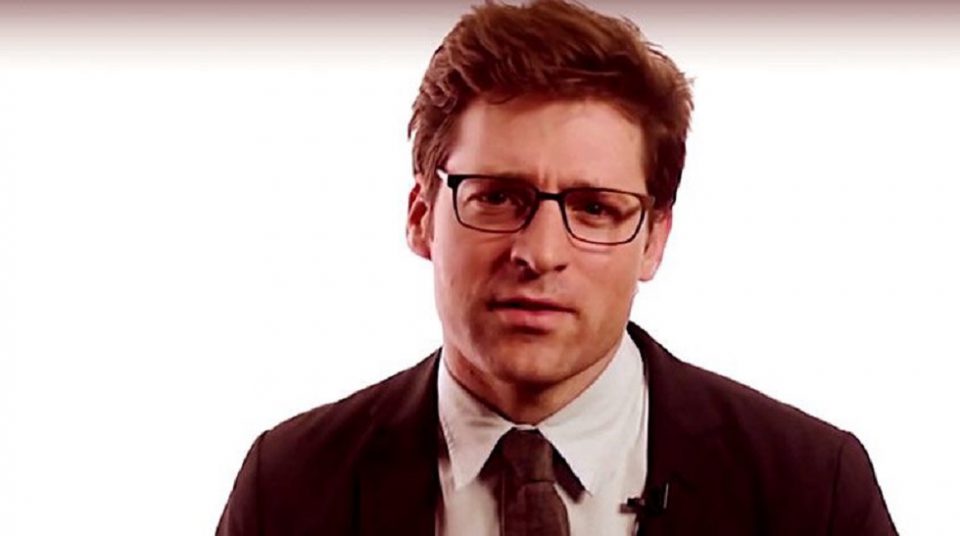 Tony Dokoupil attended a fancy private school in Miami. His dad drove a Mercedes, and the family owned a boat and went on luxurious vacations. All of this came from being successful drug smugglers as Dokoupil’s parents were major drug dealers in Miami. After his father went to prison, the family was forced to flee when his stepfather cooperated with the feds. Dokoupil wrote about his childhood in his autobiography, “The Last Pirate: A Father, His Son, and The Golden Age of Marijuana.” detailing that he was a child unbeknownst to the crazy reason for why he moved and what had actually happened in Miami or where his parents were getting their money. The family landed in Severna Park because Dokoupil’s stepfather was familiar with the Chesapeake Bay area from marijuana drops. But his mother also specifically chose Severna Park because she believed in the public school system. The family lived in the Round Bay neighborhood.

In Severna Park, Dokoupil faced more change than ever: “It was hard because we had a lot of money when I was in Miami. When [my father] went to prison, the money disappeared,” Dokoupil said. “By the time we arrived in Maryland, my mom’s teaching salary was our primary income, and a public school teaching salary doesn’t go that far.” Here’s what happened to his life ever since:

Who is Tony Dokoupil’s father?

Dokoupil was born in Connecticut in 1980 to Ann, a teacher, and Anthony Edward Dokoupil a prolific drug smuggler and dealer. To celebrate the birth of his first son, Anthony lit up a joint in Farmington Medical Center.

“If you smoked Colombian weed in the 1970s or 1980s, I owe you a thank you card,” Dokoupil writes in his 2014 memoir The Last Pirate: A Father, His Son, and the Golden Age of Marijuana. “You paid for my swim lessons, bought me my first baseball glove, and kept me in the best private school in south Florida, alongside George H. W. Bush’s grandsons, at least for a little while.”

Dokoupil’s parents used his dad’s earnings to get him into the tony Gulliver School in Miami. They paid in cash. Untrusting of banks, his father stashed piles of bills in Igloo coolers, and hundreds of thousands in his sister’s yard.

As a young child, Dokoupil idolized his father, even though he was a spotty presence in his life. Tony writes in his book that for his fourth birthday, Anthony took Little Tony to Disney, but left him in the hotel room while his father barhopped the night away.

Tony Dokoupil’s dad also disappeared when he was six; his quest to find his father led him into the thick of the 1980s drug wars.

While working on a 2009 story about a Vietnam vet jailed in Burma who reminded him of his father, Dokoupil decided to learn more about his family history.

He’d always heard his father had a checkered past, but he never knew the full extent. Thanks to his access to court and police documents as a journalist, he ran a background check on Anthony and came across his 14-page indictment for importing 35,000 pounds of pot in 1986. He spent the next few years writing The Last Pirate, a memoir about his dad which was published by Random House in 2014.

Who is Tony Dokoupil’s mother?

At age 10, Dokoupil’s mom got full custody and he didn’t see his dad for another decade. As a teenager, he was told his father sold real estate in Vermont and had an antique business, but there were murmurings his past involved drugs.

Tony married twice and his first wife worked in Human Rights and currently has two sons (with Tony) who live in Tel Aviv, Israel.

In 2017, Tony married the NBC Host Katy Tur. Tony, who has a net worth of $ 400,000 according to Walikali as of 2019, is in a marital relationship with his girlfriend turned wife, Katy Tur, who has a net worth of $4 million. Tony Dokoupil and Katy Tur got to know each other in a make-up room in 2015, when both of them were hired at MSNBC. They exchanged their wedding vows in October 2017 in the middle of Utah desert. Tony Dokoupil and Katy welcomed their first baby, making him a daddy for the third time. This is because, prior to his marriage to Katy Tur, Tony Dokoupil was married to his ex wife, whose name is unknown; they have two children together.

Dokoupil has two children from a previous relationship. He married fellow broadcast journalist Katy Tur in October 2017. The couple welcomed their first child together, a son named Teddy on April 13, 2019.

The “CBS This Morning” host spoke to Men’s Health to discuss how despite not being a morning person, and sleep deprived for most of his life now, one of the first stages of prepping for the day (at 4: 15 am) is to check messages from his family including his son in Israel:

“I open WhatsApp to see if my older kids sent me anything overnight. They’re ten and seven and live in Tel Aviv during the school year. (It’s a long story.) When everyone is asleep in America, even an emoji feels like company, especially sent by someone you love”.

What is Tony Dokoupil’s salary?

Determined to take a different path from his dad, Dokoupil studied business at George Washington University, where he graduated first in his class. After briefly working in public relations, he went to graduate school at Columbia, earning a fellowship to pursue a PhD in media studies with the goal of becoming a public intellectual.

“I thought what a great life! Drink coffee, read books, argue about things, write articles. I quickly realized you actually have to do a lot of research to be an academic,” Dokoupil says. “And I had a professor actually write on the top of one of my papers, ‘You have to decide if you want to be a writer or an academic.’ And I was like, ‘Huh, I guess I do.’ And I decided writer.”

While Dokoupil was in the Ph.D. program, his professors noticed that Dokoupil liked communicating and writing, so he took an unpaid internship at Newsweek, where he was later hired.

“I stayed through the great collapse of print — all the layoffs, the bails, the hand wringing, all the convulsion,” Dokoupil said. “I ended up in TV because I had done a number of stories for Newsweek that became broadcast in one form or another.”

In June of 2013, he left the world of print to become a senior writer at NBC News, where he reported, wrote, and produced videos and features for NBC News digital. He was a senior writer for NBC Digital in the enterprise unit, and then he became a reporter for the investigative unit off-camera. After NBC, Dokoupil became a correspondent for MSNBC. Then, in July 2016, Dokoupil moved to CBS.

The estimated net worth of Tony is known to be around 400,000 USD so we know that he earns a pretty hefty salary.

How To Find The Top Commercial Cleaning Services