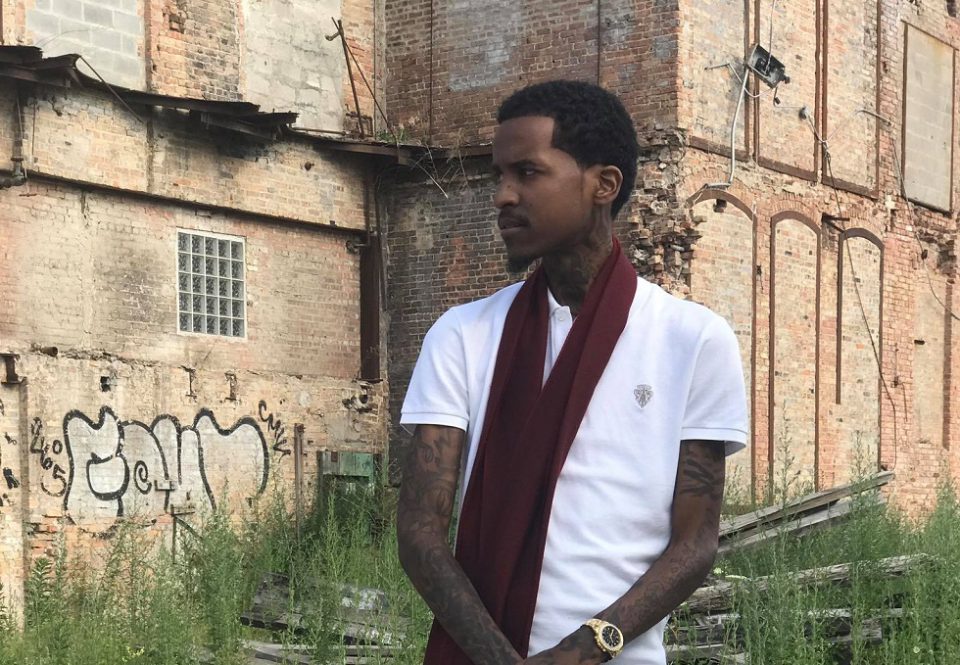 Born Tavares Taylor, Lil Reese is a professional American rapper who signed to the major record label Def Jam and Glory Boys Entertainment. His second mixtape, Supa Savage, was released in 2013. He is also famous for nicknames such as Grim Reaper and Reese Money. He emerged from the drill scene of Chicago and covered the music industry’s horizon. He started to become popular after getting featured in collaborative performances with Fredo Santana and Chief Keef. He appeared in Chief Keef’s hit track ‘I Don’t Like’ in 2012. It reached number 73 on the Billboard Hot 100, number 20 on Hot Hip Hop songs Chart, and number 15 on Rap Songs Chart. The next year he launched his debut mixtape titled ‘Don’t Like’. The amazing rapper has successfully rolled out six back to back hit mixtapes thus far in his professional singing career. Furthermore, he has released two extended plays or EPs including Supa Vultures. Here are some interesting things you didn’t know about Lil Reese:

Lil Reese: Here Are Some Interesting Things You Didn’t Know About The Rapper

He has a daughter:

Lil Reese is slightly shy when it comes to talking about his personal life and dating status. He likes to keep his girlfriend hidden from the camera’s naked eye. That’s the reason he has not been spotted with girls in front of the media. However, he fathered a beautiful daughter from his relationship with an unknown woman. He named the little girl ‘Aburi Taylor’.

He is an Illinois native who came from humble backgrounds:

The national treasure was born on Jan 6, 1993 in Chicago, Illinois. He was named Tavares Taylor by his beloved parents. The rapper had to struggle a lot in his early life. He opened eyes to a family that suffered from financial troubles. Lil Reese has been very close to his parents during his childhood. However, later he was inspired by the local guys on the streets. He started to spend a lot of time outside, hanging out with friends. He soon dropped out of high school halfway through to pursue his music career and traveled to Southern California for his music. He lost his grandmother who took care of him growing up.

The mother of the amazing rapper never wanted Tavares to get involved in drug-related or criminal activities. The rap icon hasn’t shared any further information about his family life and siblings. He prefers keeping his private life secret from fans and media.

In January, Reese shared photos of him and his mother attending his grandmother’s funeral. He captioned the pictures, “Just started this year off and i Loss my grandma already I’m sick af off it I can’t lie im hurt as f*** but my head up.”

While the rapper travels to Los Angeles, Miami and around the country frequently for shows, his home base remains in Chicago.

Lil Reese was arrested a lot:

Lil Reese found himself behind bars in 2016 after being picked up on “indirect criminal contempt charges,” as reported by Complex. Previously, the rapper was arrested twice in 2013, on theft, for allegedly stealing a 2006 BMW, and then the next month, for marijuana possession charges. In 2014, Reese was put in prison for felony possession of a firearm.

In May 2010, Lil Reese pleaded guilty to burglary charges and was given two years of probation.

On October 24, 2012, a video allegedly showing Reese assaulting a woman was posted to the internet. On April 28, 2013, Reese was arrested by Chicago Police on a warrant issued two days earlier, based on criminal trespass to a residence with persons present, battery, and mob action from the video incident from February 2012.

On June 23, 2013, Lil Reese was arrested in Chicago and charged with motor vehicle theft after an incident on April 13, 2013, where he was not able to provide proof of ownership for a BMW 750Li. However, the charge was later dropped.

On July 13, 2013, Lil Reese was arrested again in Chicago for marijuana possession, a violation of his probation.

He shat his pants:

Rapper 6ix9ine posted the viral clip of Lil Reese getting into a fight with what appeared to be brown stains on his boxers.

“Yall think I give a fuck about what a rat gotta say,” Lil Reese wrote on Twitter defending himself before following 6ix9ine’s antics. Shortly after, he addressed the video that 6ix9ine shared, denying that there was any chance he defecated himself. “All that shit cap if an***a make me shit on myself I’m killin his momma his grandma his whole family keep doing it for clout tho,” he added.

He was a victim of a shooting:

Rapper Lil Reese was shot in Chicago on November 11, around 2:30 p.m. local time. While rumors that flooded Twitter saying he died, the 26-year-old remains alive. Reese was the victim involved in the shooting that took place in Country Club Hills on 167th Street and Pulaski Road, and remained in grave condition.

On November 15, Lil Reese was released from the hospital, and briefly went on Instagram Live to show his fans that he was on his way toward recovery. The rapper didn’t say anything, but appeared to be in good health.

Police said that when they arrived at the scene, officers found a vehicle with fresh blood in the driver’s seat and on the ground next to the door. Witnesses said a man had taken the victim from the scene.

After officers searched nearby hospitals, police found a male with a gunshot wound to the neck area at South Suburban Hospital’s emergency room in Hazel Crest, police said. He was then transferred to Christ Medical Center in Oak Lawn.

ABC News confirmed the news. Hospital officials at Christ Medical Center identified the victim as Reese and said he is in critical condition.

Reese’s close friend and “Distance” collaborator Lil Durk, sent out a message on Twitter to clear up some of the confusion, but his note was quite vague. He tweeted, “Reese good” with a purple heart emoji. While this was seemingly a positive update, it still left a lot of questions to be answered regarding Reese’s health.

The incident, without identifying Lil Reese, was reported by NBC Chicago, in which several streets in the Country Club Hills area remained closed for hours as police investigated the shooting.

Lil Reese dropped out high school during junior year to pursue music, and broke out after appearing on Chief Keef’s breakout 2012 single “I Don’t Like,” released his debut mixtape, Don’t Like, later that year, and then followed that with a second mixtape Supa Savage in 2013

But in the beginning, the rapper began to upload his rap songs to the YouTube channel which helped him build a good fan base. He then caught the eye of producer No I.D., who had produced albums or tracks for artists like Common, Kanye West and others, which led to Taylor signing with hip hop label Def Jam.

He signed a contract with Def Jam Recordings and worked with them on many projects. Some of the most popular tracks of Lil Reese include ‘Bang like Chop’, ‘Us’, ‘Beef’, and ‘Traffic’.

He has worked with US rappers Drake and Rick Ross to make his track ‘Us’. The song was also included in Rick’s collaborative album ‘The Black Bar Mitzvah’. Collaboration with Rick Ross paved Lil Reese’s way to further collaborations with rappers Lil Baby, Rico Rechlezz, Fredo Santana, Twista, and Young Jeezy.

The rapper has gained so many major accomplishments throughout his professional rap career. He has launched 7 full-length studio albums since 2012. He launched two EPs Supa Vultures and Normal Backward in 2017 and 2018 respectively. He appeared in numerous guest appearances and added more charm to fellow rappers’ tracks. Over time, he’s garnered over 1.3 million followers on Instagram, and worked with fellow artists such as Freddie Gibbs, Juelz Santana, Rick Ross, Drake, Fredo Santana, and released a collaborative EP, Supa Vultures, with Lil Durk. Today, he has become one of the most sought-after rap artists of the American rap industry.

Take Advantage of No Deposit Bonuses to Play Free at Casinos